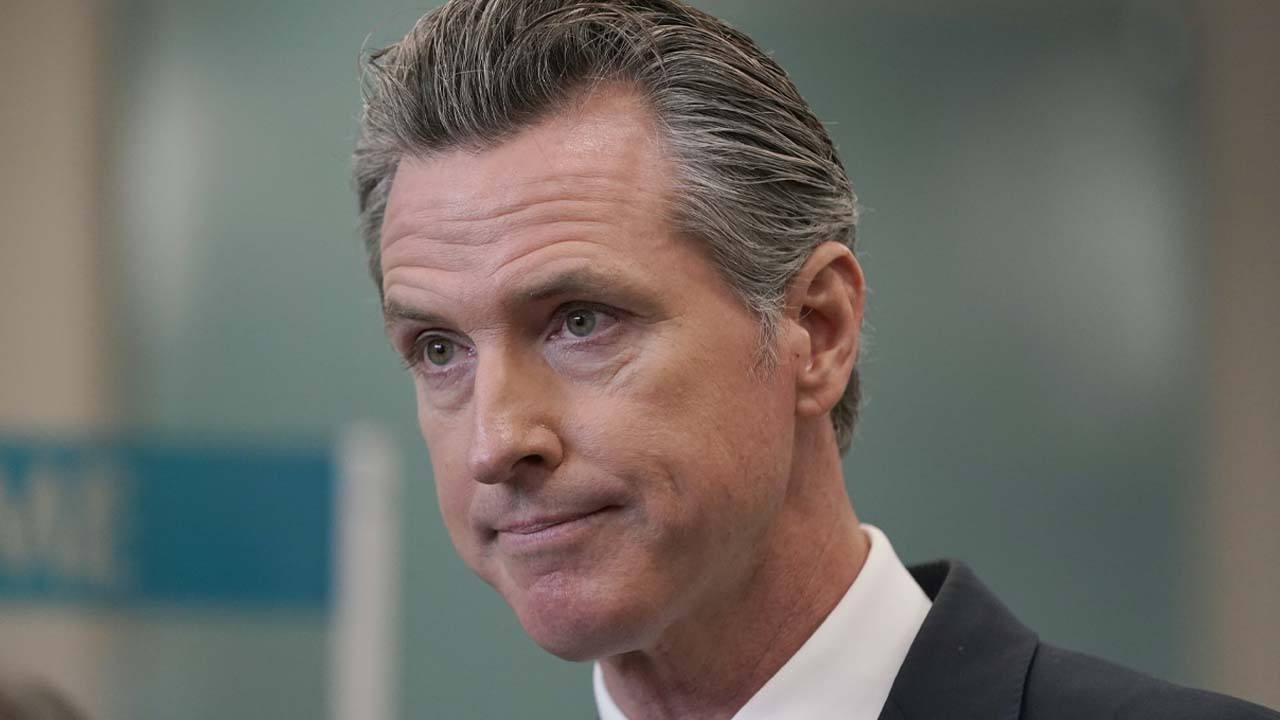 “The issue of crime and violence is top of mind all throughout not only the state of California but across the United States, highlighted recently by some high-profile retail theft operations,” Newsom said.

He added that “these organized retail mobs … (have) a profound impact on our feelings of safety here in this state, this region and as I note, this country.”

An additional $30 million over three years in the proposed budget he sends to lawmakers next month would go to county district attorneys to support prosecutions of retail and auto theft-related crimes.

Another $18 million over three years would go to create a new “organized theft special unit” under the state attorney general, with investigators and prosecutors dedicated to pursuing organized crime ringleaders.

Retailers in California and in cities elsewhere around the U.S., including Chicago and Minneapolis, have recently been victimized by large-scale thefts when groups of people show up in groups for mass shoplifting events or to enter stores and smash and grab from display cases.

Solo shoplifters and retail thieves have also been a growing problem for California retailers, who have said the criminals face little if any consequences after they are caught.

Earlier this month, Newsom criticized local prosecutors for not doing enough to crack down on the criminals by using existing state laws.

He defended a voter-approved 2014 initiative that reduced certain thefts from felonies to misdemeanors, though prosecutors said it left them without enough legal tools.

He also plans to turn an existing retail theft task force into a permanent “smash and grab enforcement unit.”

Auto thefts had become a particularly perplexing problem in the Bay Area, driving tourists away from some high crime areas.

He emphasized that long-term crime rates in California have come down, but said California and other U.S. states have experienced a recent upswing in organized retail theft and violent crimes, including those involving firearms.

Homicides in California jumped 31% last year, while politically progressive Oakland recently reversed course on police defunding due to a surge in homicides and gun violence. And on Friday, San Francisco Mayor London Breed declared a state of emergency to confront crime in one of the city’s poorest and most drug-infested neighborhoods.

Former governor Jerry Brown, a fellow Democrat who championed easing lengthy criminal punishments, said in a television interview that there needs to be a carrot-and-stick approach that includes some punishment for lower level crimes.

Newsom proposed what he called the “largest gun buyback program in America” — $25 million for matching grants to local law enforcement agencies to collect guns and increase awareness of gun violence.

He also promised more but unspecified additional funding for California’s Violence Prevention Research Program at the University of California, Davis.

He reiterated the plan he announced last weekend to allow private citizens to sue those who make, sell or distribute illegal assault weapons and untraceable “ghost guns,” ghost gun kits or parts. Texas uses a similar method to try to restrict abortions.

“If a law (in Texas) is going to be used to put women’s lives at risk, we will use that law to protect people’s lives,” Newsom said.

Finally, Newsom proposed $20 million to support efforts by the California National Guard to fight the importation of illegal drugs — particularly fentanyl flowing into the state from Mexico — by targeting transnational criminal organizations.

The proposal to combat retail theft was hailed by the leaders of the California Retailers Association and California Chamber of Commerce.

Newsom was joined by Alameda County District Attorney Nancy O’Malley — who warned that retail thieves “are terrorizing our communities” — and by Attorney General Rob Bonta, who was appointed by Newsom to the post to fill a vacancy.

Both Newsom and Bonta are Democrats seeking re-election next year and Republicans already are making crime a campaign issue.

Newsom earlier this week pledged that his January budget will propose at least $100 million in local grants to remove garbage and beautify public spaces associated with homelessness, another important campaign theme.

The proposed spending to combat crime and to clean up neighborhoods represent fractions of the state’s annual operating budget, which this year exceeds $260 billion and is projected to have at least a $31 billion surplus next year.

Senate Republican Leader Scott Wilk said Democrats “are finally waking up” to “soft-on-crime policies” that he said have “turned this once-majestic state into a sanctuary for criminals.”

While opponents believe Democrats are vulnerable on the issues, Newsom in September easily prevailed over an effort to recall him in midterm.

Rescue California, one of the groups the promoted the failed recall, on Thursday called on Newsom to call a special legislative session to target smash-and-grab thefts that the group said are “plaguing California.” Members also urged Newsom to support rescinding the 2014 ballot measure that eased criminal penalties for theft and drug crimes.