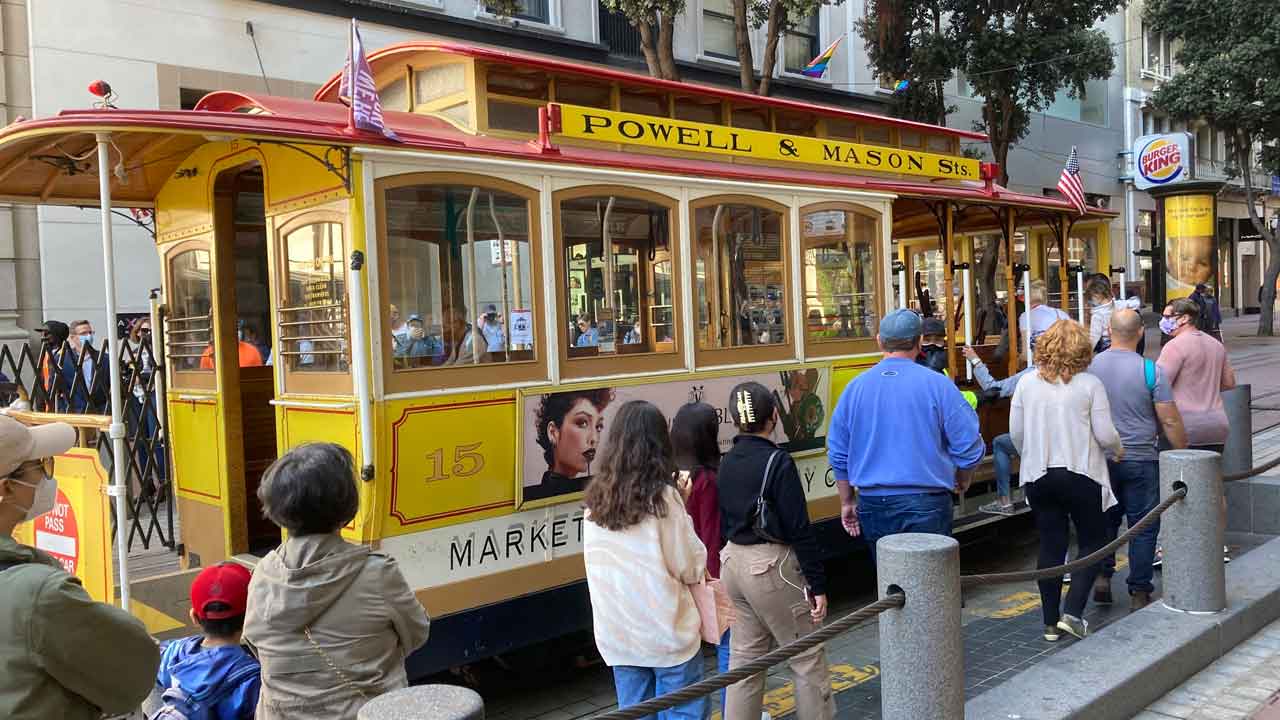 California has 10 counties with at least 1 million people, and seven of them lost population, according to recent data. (AP File Photo/Olga Rodriguez)
Share with friends

Los Angeles and the San Francisco Bay area both lost population during the pandemic, according to new data released Friday as the nation’s most populous state posted just its second year-over-year decline in history.

The latest estimate confirms California’s once seemingly boundless population growth has ended. It also shows that, for the first time ever, Los Angeles County and the nine counties surrounding the San Francisco Bay simultaneously lost population in the same year. Together, those two areas account for more than 44% of the state’s nearly 40 million residents and have some of the most expensive housing prices in the nation.

California has 10 counties with at least 1 million people, and seven of them lost population. That includes San Diego County, which lost 15,000 people for its first reported annual decline. Counties in the Central Valley that are near the San Francisco Bay reported population increases, including Fresno, Placer, Merced and Tulare.

“I don’t think this is completely surprising,” said Walter Schwarm, California’s chief demographer. “People are trading a commute for a level of housing that they could not afford or could not even purchase in the Bay Area.”

For nearly all its existence California’s population growth seemed limitless. It leapfrogged other Western territories when it became a state in 1850, propelled by the discovery of gold in Sierra Nevada foothills that attracted hundreds of thousands of settlers while hastening the decline of native populations.

That kicked off a period of intense growth that lasted more than a century as the state found prosperity in the years after World War II and again following the tech boom in the late 1980s and early 1990s.

But that growth has slowed significantly in recent years until, in the spring of this year, California lost a congressional seat for the first time in its history because it did not grow as quickly as other states in the past decade. The state’s congressional delegation now is now at 52 members, still the most in the nation.

State officials blame the decline on a declining birth rate, decreases in international migration and the increased deaths associated with the coronavirus. Schwarm said he expects California to eventually start growing again, perhaps finally surpassing 40 million people by the middle of the decade.

“I don’t think we’re in a period of long decline,” he said.

Critics have blamed California’s high cost of living and increasing crime. The median price of a single-family home is nearly $800,000, putting homeownership out of reach for many while also driving up rental prices. A cottage industry has sprung up of helping people leave California for other states.

“When you can’t afford to live in some semblance of comfort or you can’t feel safe, those are huge drivers in quality of life,” said state Assemblyman Tom Lackey, a Republican from Palmdale. “They’ve become compromised, at least in some degree, because of public policy.”

California’s government is run by Democrats, and Republicans have routinely pointed to the declining population numbers as proof people are fleeing the state in droves because they are frustrated by the state’s policies. But new research from the nonpartisan California Policy Lab at the University of California suggests the problem is fewer people are moving to California from other states instead of leaving it.

Combined, researchers say California’s population loss because of domestic migration has more than doubled since the pandemic began in March 2020.

The San Francisco Bay area has been impacted the most by this trend. By the end of September, there were 45% fewer people moving into the Bay Area from other states compared to the beginning of 2020, according to Evan White, executive director of the California Policy Lab’s site at the University of California-Berkeley.

“The public’s attention has been focused on the so-called ‘CalExodus’ phenomenon, but the reality is that the dramatic drop in ‘CalEntrances’ since the pandemic began has been a bigger driver of recent population changes in the state,” said Natalie Holmes, a research fellow at the California Policy Lab and co-author of its recent report.