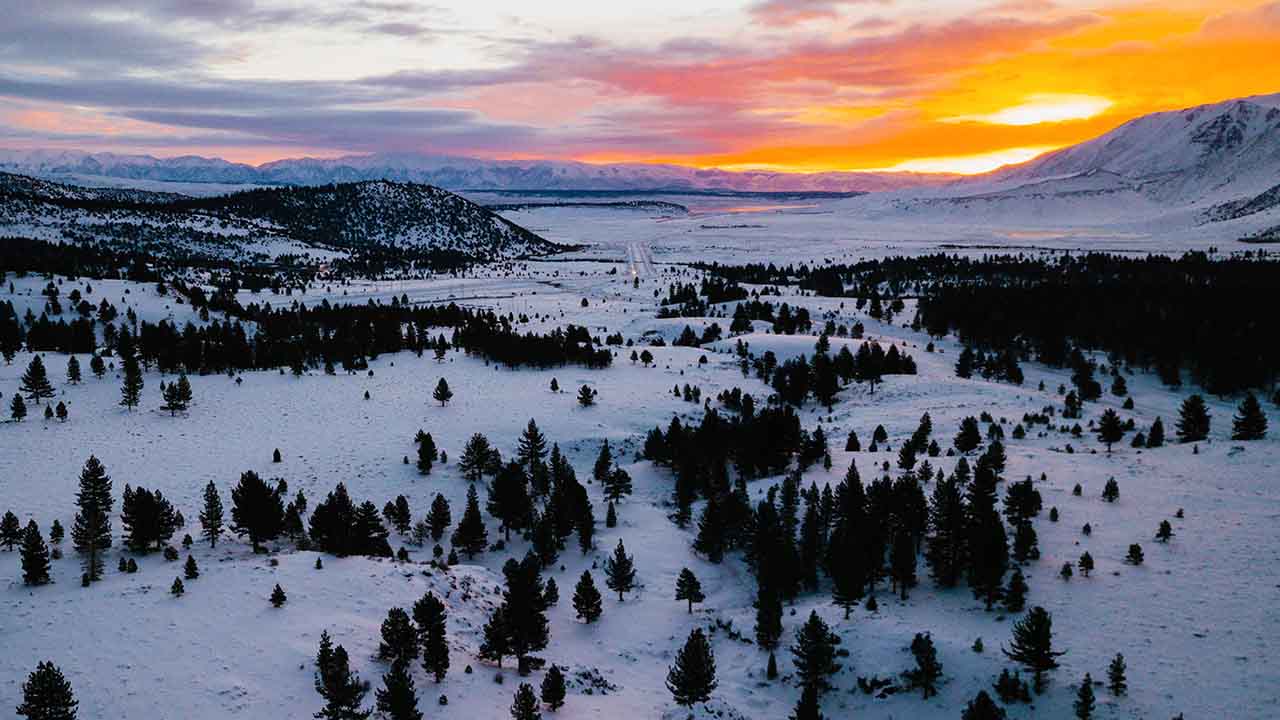 Another storm expected next week would add to California's snowpack and water supply. (Sammy Deleo/Mammoth Mountain Ski Area via AP)
Share with friends

A new storm is expected to deliver rain and snow to California as early as Monday, according to AccuWeather.

“A storm developing off the West Coast on Friday will tap into an atmospheric river of moisture and bring rain and mountain snow to the Pacific Northwest on Saturday,” said AccuWeather senior meteorologist Mike LeSeney.

After that, the precipitation will move south over the next several days into California, eventually reaching the southern region of the state.

Until then, Valley weather will be dry and cold today and Saturday before a warming trend begins, said the National Weather Service Hanford in its forecast discussion on Friday morning.

Half of State’s Precipitation Usually Comes in Three Months

If the rain and snow materialize in California, it will be more good news for a state mired in drought. Even though the drought is far from over, the storm earlier this week boosted the Sierra snowpack from 19% of normal for this time of year to 97% of normal on Thursday.

December is the first of the three big months bringing about half of the state’s annual precipitation.

The most recent storm and what’s predicted to come this month will deliver “about average” precipitation, but that’s far better than the past few years, said state climatologist Michael Anderson.

“But you also started the year in record-setting drought territory. In terms of making up those lost elements of storage, you’re making some progress but maybe not as much as you’d like.”

That’s evidenced by the amount of water in California’s major reservoirs. Many remain well below their historical averages for this time of year.

But the snowpack offers hope that Valley farmers will receive more water in 2022 than the past two years. The snowpack is at 92% of normal for mid-December in the northern Sierra, 102% in the central Sierra, and 105% in the southern Sierra. It’s estimated that the Sierra snowpack supplies about 30% of California’s water needs.

“The question is what happens the rest of the wet season,” Jeanine Jones, drought manager for the state Department of Water Resources, told the San Francisco Chronicle. “It’s certainly possible that we could revert to dry conditions next month, for example.

“In fact, some of the research models that NOAA produces suggest that fact. We won’t know that until it happens.”