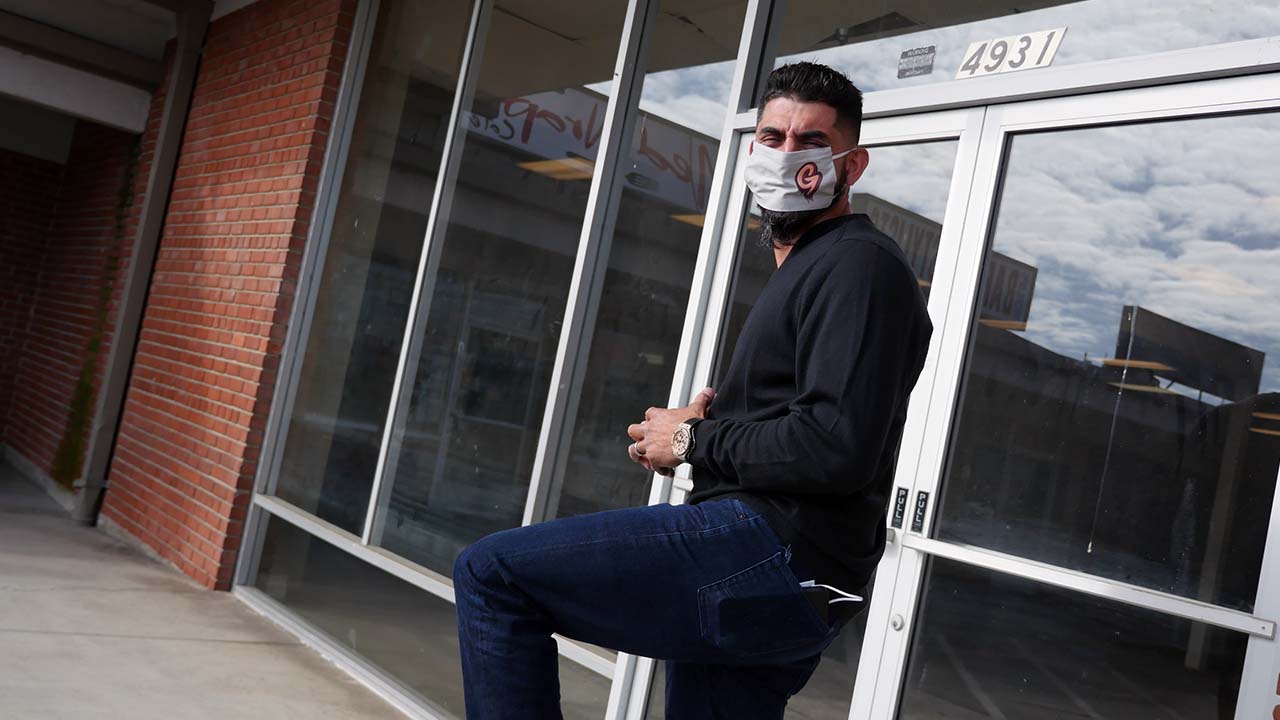 Matt Garza hit only three doubles in his Major League Baseball career. But his latest double could yield him millions.

Garza, the former Fresno State pitching standout and ALCS MVP for the Tampa Bay Rays, scored one of each.

“I’m just going to enjoy this moment. I’ve been patient. . . . We’ll see how it goes. We’ll open as soon as we can and we’re looking forward to helping this city and community,” Garza said.

The city limits three retail shops in each of the seven council districts. The new district lines were just completed in the redistricting process.

Any city councilmember or the mayor can challenge the new award winners within 30 days.

All licensees still have to go through the city’s conditional use permit process. Of the 21 licensees, only one shop has even had a hearing.

Garza is listed as the 51% owner. He is partnering with the Shryne Group.

One of Authentic’s partners, Brian Mitchell, is Shryne’s former CEO. He resigned in September after being charged with workers’ compensation fraud in Alameda County stemming from his time as CEO of another company.

Authentic finished third in scoring among five standard applicant retail shops that made it to the Phase III interview round.

Embarc (1784 W. Shaw Ave.) won the available license in District 2 (northwest Fresno), replacing Cookies. The latter’s permit was rejected by the city council because it was too close to Pinedale Elementary School.

“It’s a huge market that has been underserved for cannabis retail for so long,” Embarc CEO Lauren Carpenter said of the Fresno market. She hopes to open in 2022.

It is the second applicant with an MLB connection. Former San Francisco Giant Steve Hosey will serve on Embarc’s community advisory board that decides how to spend philanthropic money in the community.

Located at the northeast corner of Shaw and West avenues, Embarc is in the same shopping center with several restaurants including Angry Chickz and across the street from Taco Bell.

“A savvy cannabis operator looks for opportunities to co-market with other businesses, local businesses, and so we’re looking forward to rolling up our sleeves and really finding those opportunities here,” Carpenter said.

Jonasson Rosas is also on Embarc’s community advisory board.  She is the wife of Fresno councilman Luis Chavez.

The Artist Tree, which also applied and received a license in District 2, might be the furthest along of the 21 preliminary licensees. It received an affirmative vote from the district Project Review Committee for its conditional use permit at Palm and Nees avenues.

During its November hearing, owners of The Artist Tree vowed to place security measures such as bollards in front of the display window to prevent smash and grab type robberies. The city planning commission and city council will also have to review the CUP.

Social equity applicants have different qualification standards than standard applicants, including prior marijuana-related convictions, or living in a economic or environmentally disadvantaged neighborhood.

Beyond Rooted (505-507 N. Fulton, northwest corner with Belmont Avenue) will be operated by Nathan Perez, Isaac Fonseca, and Matt Garza.

Garza holds a minority 19% share in Beyond Rooted. He is Fonseca’s cousin.

High Speed Healing (1142 F St., between Fresno and Mariposa streets) will be owned by Tyrone Carter and Renatta Carter-Ford.

Fresno is facing at least four lawsuits based on the process for picking license recipients. Only one has received a preliminary hearing in front of a judge, with no decision rendered.