With Meyer Fired, the Jaguars Should Target Bieniemy and Leftwich: David Carr 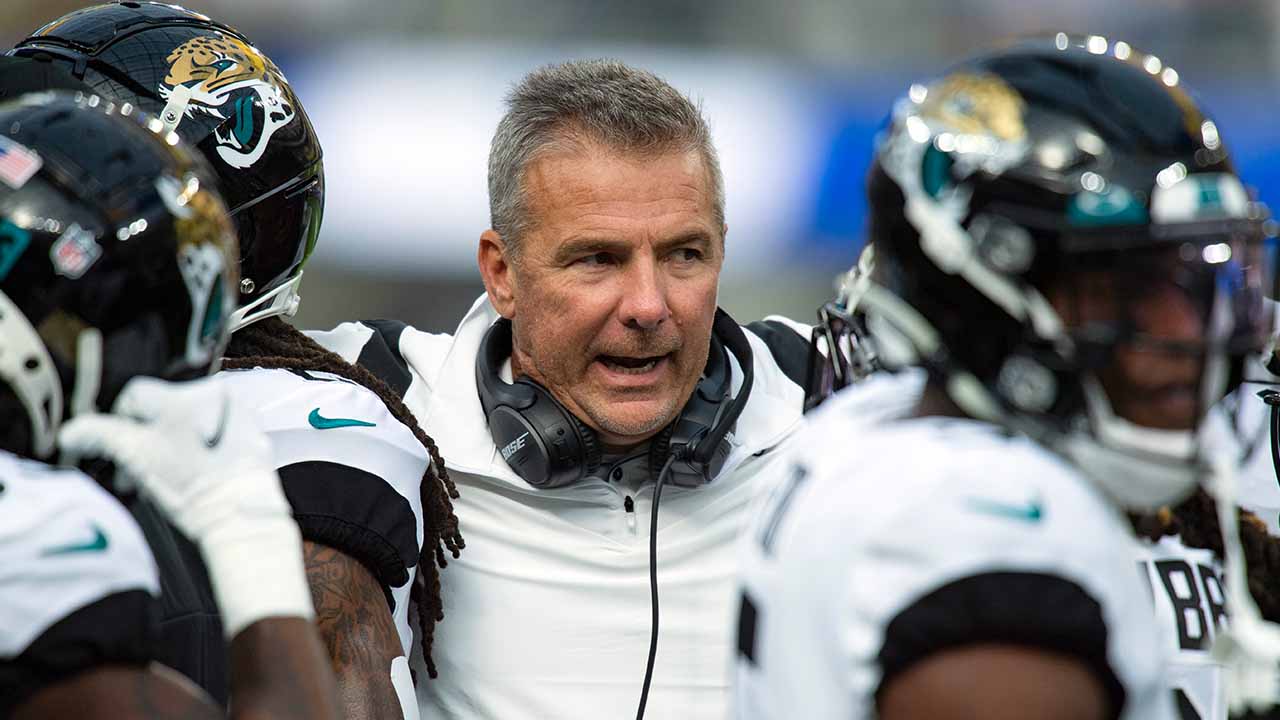 Owner Shad Khan did the right thing for the Jacksonville Jaguars by firing Urban Meyer this morning just 13 games into lucrative his five-year contract.

Under Meyer, the 2-11 Jaguars were a train wreck — an embarrassment to the owner, the city, and the NFL.

Apparently, the last straw was former Jaguar place-kicker Josh Lambo telling the Tampa Bay Times that Meyer kicked him during an August practice.

When Meyer was hired, Khan told him that his top responsibility was to restore respect to the Jaguars organization. That didn’t happen. It’s clear to me that Meyer, who had fantastic success as a college coach, didn’t have a clue about the NFL’s player culture or how to handle the media.

In a lot of ways, Meyer’s situation mirrors what happened when Bobby Petrino made the jump from college to the Atlanta Falcons in 2007. He quit after 13 games with a 3-10 record.

Both played in the NFL and know how to get the best out of players, as well as how to handle the media. In addition, both have the ability to develop the Jaguars’ most promising asset — first overall draft pick Trevor Lawrence.

Having a great quarterback is essential to success, and Lawrence certainly has the physical tools to become one. Who better than Bieniemy, who works with Patrick Mahomes, or Leftwich, who is teamed with the GOAT, Tom Brady, to accelerate Lawrence’s learning curve? Both men have Super Bowl-winning pedigrees as coordinators.

It’s a mystery to me that Bieniemy isn’t already an NFL head coach. Not only is he brilliant with the Xs and Os, but he cares for his players. In the NFL, that’s how you get the best out of everyone.

I hope that when the 2021 season wraps, Bieniemy gets an opportunity to lead an NFL team, whether it’s in Jacksonville or somewhere else. 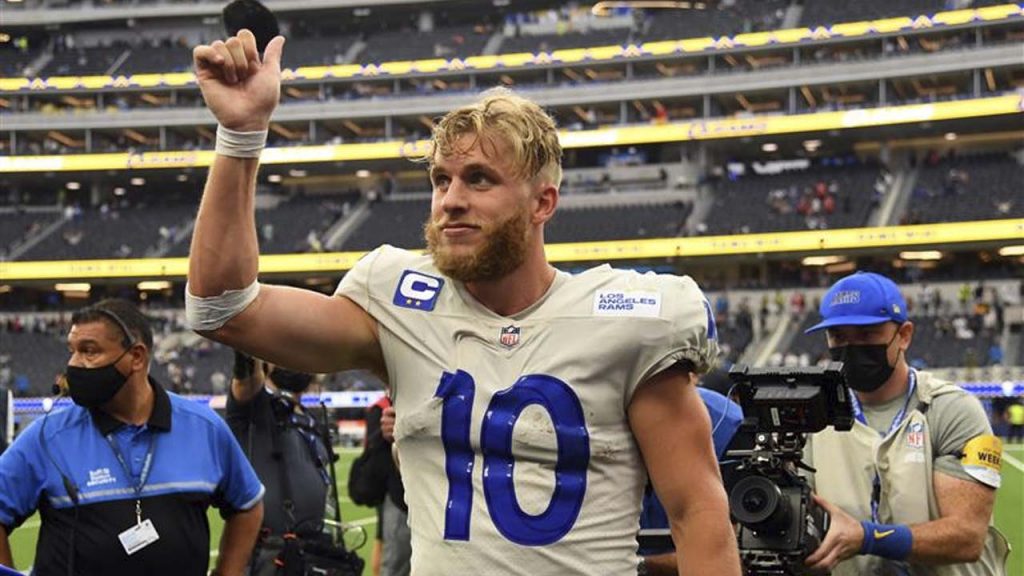 Cooper Kupp and the Rams are winning again after coach Sean McVay dusted off his old offensive playbook. (AP File)

Schemes Matter in the NFL, as the Rams Have Shown

When he took over the Los Angeles Rams, Sean McVay drove opponents crazy with his offense. The Rams ran the ball, including with wide receivers on jet sweeps. The quarterback lined up under center, threw off play-action, and from out of the pocket. There were so many players in motion, it looked like a circus.

This offense was difficult to contain — until Bill Belichick’s New England Patriots stopped it cold in the Super Bowl.

So, McVay traded Jared Goff for Matt Stafford, he of the rifle arm and an ability to punish blitzing defenses. Early into this season, McVay fell head over heels for his shiny new toy. The Rams ignored the run. Stafford lined up in the shotgun and fired to open receivers all over the field.

But, here’s the problem. If you don’t keep defenders honest by running the ball and if you don’t call pass plays that move pocket, the NFL’s great defensive ends and outside linebackers will crush you.

McVay learned that during a three-game losing streak. Now the Rams are running again, play-action is back with Stafford under center, and receivers are finding gaps in the defense. One more thing: Running the ball toughens up a team and provides an opportunity for the O line to impose its will on defenders.

The Rams executed the old McVay playbook to perfection in Monday’s win at Arizona. Sonny Michel set the tone early with a 20-yard run, and Stafford made the Cardinals pay for their blitzes by repeatedly connecting with Cooper Kupp on passes from outside the pocket.

This is the strategy that gives the Rams a shot to reach the Super Bowl.

Will NFL Teams Turn to the Bubble?

With positive COVID tests exploding among vaccinated players, the NFL adjusted its protocols today so that positive players who are asymptomatic can return to the field quicker.

If that doesn’t work, the league could put teams in “bubbles” — as the NBA did last season.

The last thing the league and fans want is a conference title game or the Super Bowl played with decimated rosters or a third-string quarterback.

The NFL’s challenge is finding a way to maintain the game’s integrity while keeping players and staff safe.

3. Green Bay (10-3) — Aaron Rodgers and Baltimore’s Lamar Jackson meet for the first time on Sunday. Rogers has a broken toe and Jackson is hobbled by a bum ankle. Unfortunately for the Ravens, the league has figured out their offense. Expect the Packers to bury Jackson with blitzes. (Last week: No. 2)

4. New England (9-4) — Coming off a bye, the Patriots, who are 6-0 on the road, are at Indianapolis. This one will be decided by whether Colts QB Carson Wentz shines or crumbles. (Last week: No. 4) 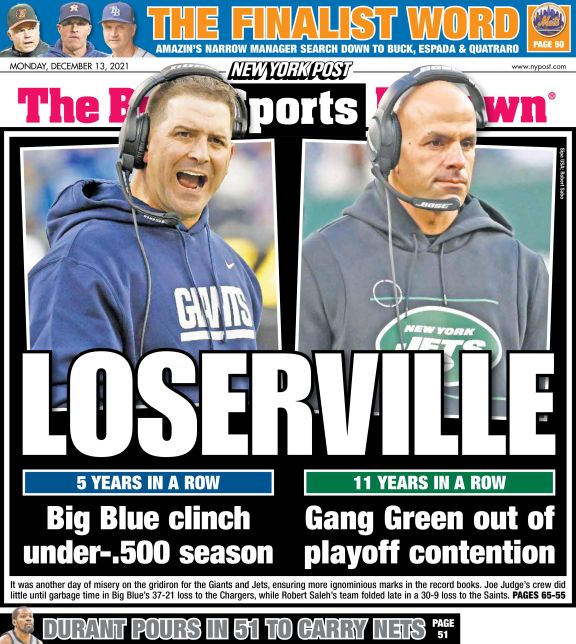 28. Chicago (4-9) — The Bears have lost two straight and are looking ahead to a new coach after Matt Nagy gets fired at season’s end. (Last week: unranked)

30. Detroit (1-11-1) — QB Jared Goff traditionally has done very well vs. Arizona, this week’s opponent. However, his 103 passer rating in eight games against the Cardinals was compiled with the Rams. This week, they jump two spots. (Last week: No. 30)

31. Houston (2-11)  — The Texans are at Jacksonville in a Battle of the Titanics. At least the Texans have the same coach they started the season with. (Last week: No. 31)

32. Jacksonville (2-11) — Don’t be surprised if the Jaguars start playing better now that their biggest distraction is gone. (Last week: No. 32)

Jose Ramirez Returns to Ring at Save Mart Center in February