Contaminated soil will cost Clovis time and money on its library, transit, and senior center project. (Artist Rendering/City of Clovis)
Share with friends

Contaminated soil has delayed the Landmark Square project in Clovis — which will house a new library, transit center, and senior center.

The delay has been 10 months and counting, and now will cost a maximum of $3.2 million in overruns. Original projections had the project completed by mid-February.

“Early tests revealed that the constituents (soil samples) included diesel, oil, gasoline, and other hydrocarbon solvents,” a staff report said. The contaminants were possibly left behind from an underground storage tank that was removed in 1992.

Since the discovery last April, the city has worked with an outside firm and the state Department of Toxic Substances Control.

“The City’s toxicologist’s conclusion was that the risk is below the acceptable threshold and that there is not a need to protect the buildings with a vapor barrier system. DTSC has not yet concurred with this assessment and continues to request information, clarification, testing, and updated reporting,” the staff report says.

The city council voted 4-0 on staff recommendations to install mitigation measures anyway, which will cost between $2.5 $3.2 million. Councilman Bob Whalen was absent.

New Leadership for River Board 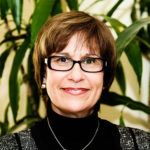 There will be new leadership in 2022 for the San Joaquin River Conservancy board.

Even though Forhan doesn’t become chair until Jan. 1, the vote was conducted under new AB 559 rules.

The 2021 law written by Assemblyman Joaquin Arambula, D-Fresno, expands the board membership from 15 to 16 (there is one vacancy) and opened leadership positions to anyone on the board.

Previously, the chair and vice chair rotated among the four elected positions on the board.

Related Story: With Board Shake Up and $15 Million, Lawmaker Aims to Expand River Access

The board also voted to reduce the number of meetings in 2022. Instead of 10 meetings, it will be reduced to four — one in each quarter. The board will reserve monthly dates as “workshops” in case it needs to meet more often.

Since the pandemic, the board has met by teleconferencing. The exemption from state open meeting laws to allow remote meetings expires at the end of January.

If there are no renewals of open meeting exemptions, the board would have to gather together physically in the same place or allow the public to participate at whatever remote location a member participates from (such as a government office, hotel lobby, or even a private home).

Other 2022 Changes for River Board

Positions on the board are appointed by several organizations, and not directly elected by the public. The board sets policy along the San Joaquin River. The new law will add members representing youth, and Native American tribes. It would also collapse two regional water board seats into one.

The counties would then submit the nominee to the state. The Senate Committee on Rules would pick the Fresno County representative; the Speaker of the Assembly — currently Anthony Rendon, D-Lakewood — would pick the Madera County nominee.

Did the Bulldogs Land the Next Davante Adams in Recruiting Haul?