After Record-Breaking Rain, Fresno Dries Out. But It's Just for a Day. 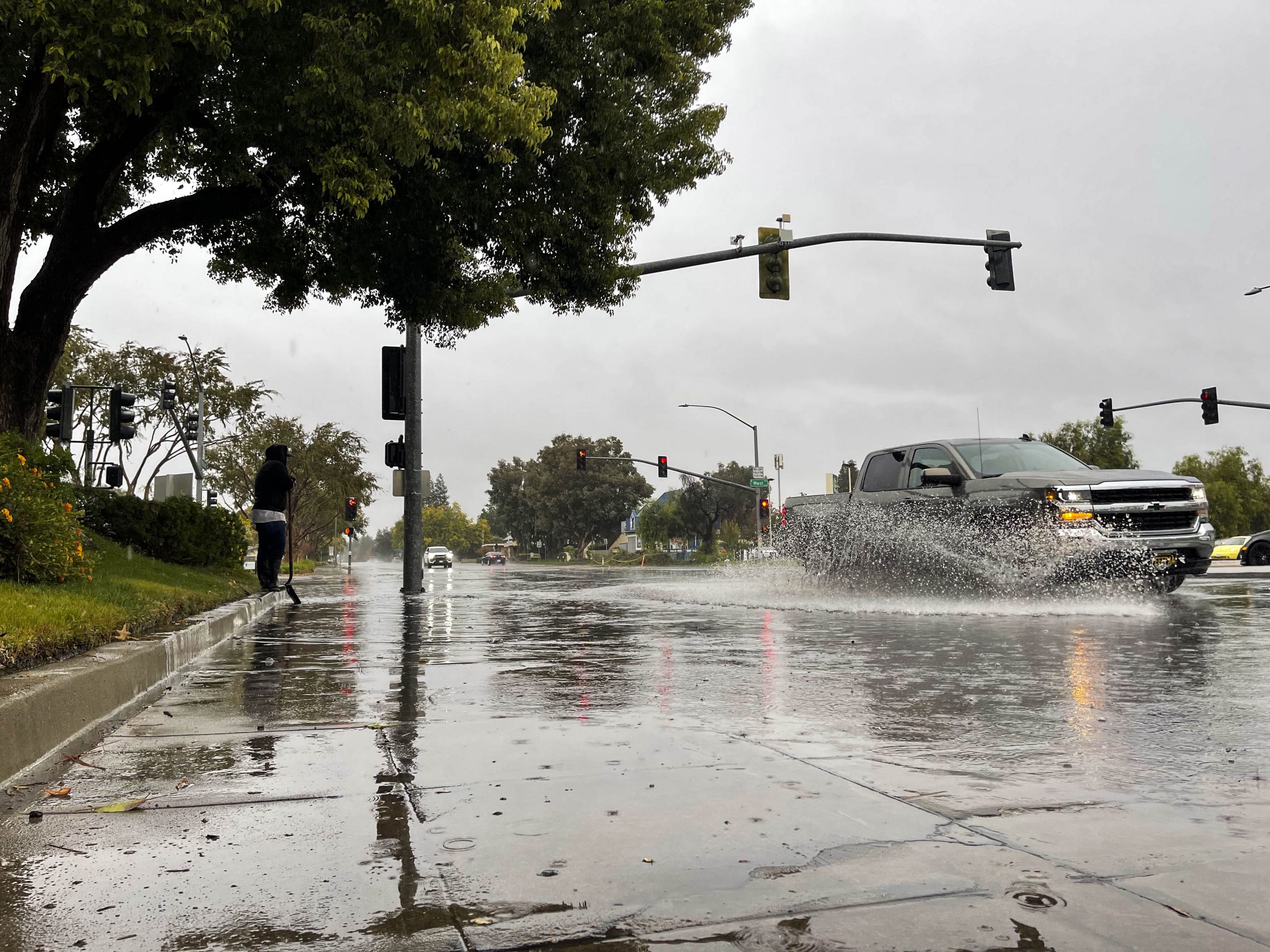 With more than 1 inch of rain falling in Fresno, flooded streets were a common sight on Tuesday. (GV Wire/Albert Baker)
Share with friends

The atmospheric river storm bringing much-needed precipitation to California drenched Fresno with 1.03 inches of rain on Tuesday, setting a record for Dec. 14.

After the weekend dry-out, more rain — accompanied by high winds —is expected Monday and Tuesday.  One forecast calls for 48 mph wind gusts near Firebaugh on Monday evening.

The downpour followed the city getting .26 of an inch on Monday.

What’s the weather for the rest of the week?

“Clouds returning later (on Wednesday) as another storm system will bring additional precipitation to the area tonight into Thursday,” the National Weather Service Hanford said in its morning forecast discussion. “Therefore, will expect another round of moderate to heavy snow at times in the Sierra Nevada from Yosemite to Kings Canyon. Otherwise, expect cooler than average temperatures to continue until early next week.”

After the weekend dry-out, more rain — accompanied by high winds —is expected Monday and Tuesday.  One forecast calls for 48 mph wind gusts near Firebaugh on Monday evening.

Fresno Off to a Good Start for Rain Year

Despite the wet start to December, Fresno is a long way from setting a precipitation record for the month. In 1955, the city received 6.73 inches of rain in December.

Cleanup is underway elsewhere in California as the storm produced prodigious precipitation. But state climatologist Michael Anderson said it’s too soon to know the storm’s impact on the drought. The good news is, the soaking the state received in October moistened the ground. Thus, more of the moisture from this storm’s snow will remain in the Sierra snowpack.

Last year, Anderson said, the mountain snow lost a lot of moisture into the ground because it was so dry.

Related Story: Atmospheric River Heads to the Valley. What Is It?

The NWS reported that 11 inches of rain fell over 72 hours at Mount Tamalpais, just north of San Francisco. And, by Tuesday afternoon, one Santa Barbara County location had received 8.1 inches.

Also, a man was rescued from a covered stream channel in the San Fernando Valley. The man called for help on his cellphone and firefighters reached him through a maintenance hole on the street above. He suffered bruises and hypothermia, fire officials said.

Don’t Even Think About Pulling a Mob Theft in Fresno: Chief Balderrama