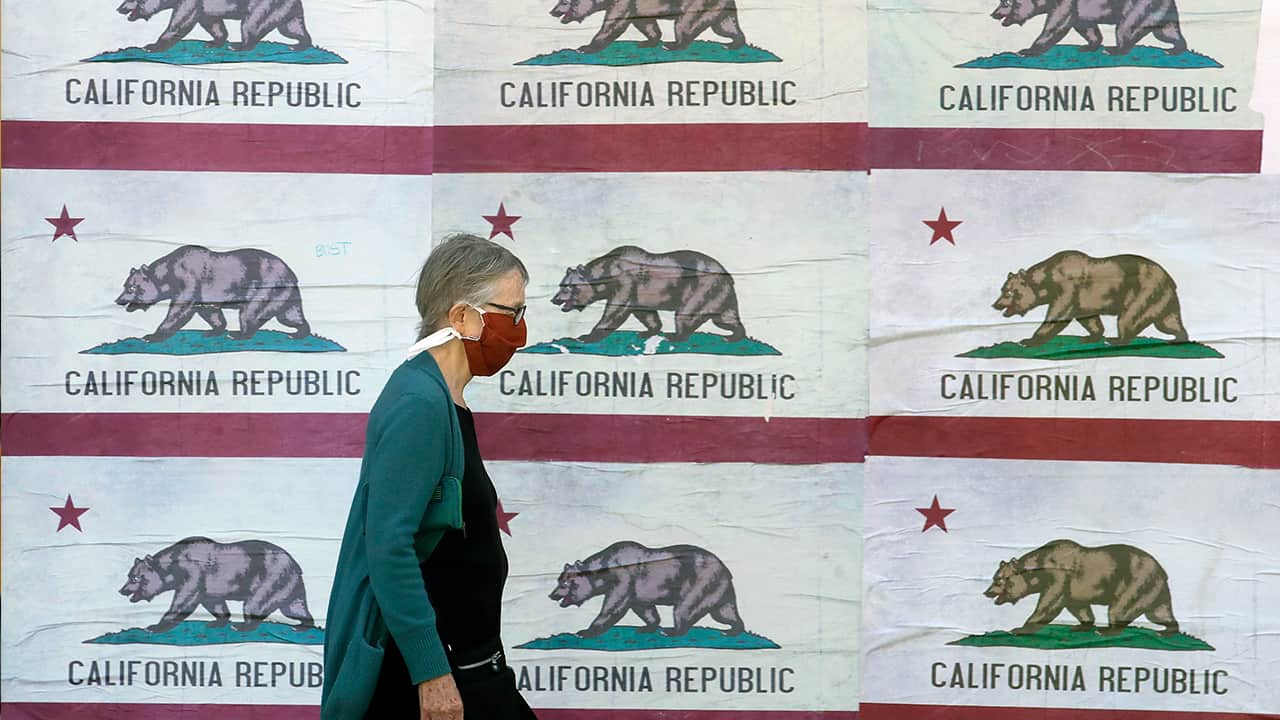 Gov. Gavin Newsom’s administration announced the new mandate will start Wednesday and last until Jan. 15. The order comes as the per capita rate of new coronavirus cases in California has jumped 47% in the past two weeks.

“We know people are tired and hungry for normalcy. Frankly, I am too,” California Health and Human Services Secretary Dr. Mark Ghaly said Monday. “That said, this is a critical time where we have a tool that we know has worked and can work.”

California lifted its statewide mask mandate on June 15 for people who were vaccinated, a date Newsom heralded as the state’s grand reopening. But since then, county governments covering about half of the state’s population have imposed their own indoor mask mandates as case rates surged with new variants.

The new mask mandate will cover everyone else, but state officials on Monday were unclear about how it would be enforced. Ghaly said enforcement would likely be stronger in some places than others, but he urged Californians to heed the warnings and wear masks.

“We know that there’s going to be people who don’t necessarily agree with this, who are tired, who aren’t going to mask,” Ghaly said. “We hope that those are few and far between, that most people see the purpose of doing this over the next month as something to protect them and their communities during a very tough time.”

Newsom has issued lots of other coronavirus mandates, including requiring state employees, health care workers and, soon, public school students and teachers to be vaccinated. The governor can do this because California is still operating under an emergency declaration Newsom issued at the beginning of the pandemic. That emergency declaration will remain in place until either Newsom lifts it or the state Legislature votes to end it.

Republican Assemblyman Kevin Kiley, who ran against Newsom for governor during a an unsuccessful recall election earlier this year, has routinely tried and failed to get the Democratic-dominated Legislature to end the state’s emergency declaration.

“I think that people are incredibly frustrated with this notion that these choices should be made by one person rather than in the way that our country and state are supposed to work which is all of us together having a say and having the freedom to make choices for ourselves,” Kiley said. “Gavin Newsom is taking actions that go far beyond what any other governor or any other state has done.”

California joins other states with similar indoor mask mandates, including Washington, Oregon, Illinois, New Mexico, Nevada, Hawaii and New York. But other Democratic governors have resisted new restrictions, including Gov. Jared Polis of Colorado who told Colorado Public Radio last week that “The emergency is over” and “public health (officials) don’t get to tell people what to wear.”

State officials are afraid of a repeat of last winter, when the state averaged more than 100 cases per 100,000 people during a monster winter surge of the virus when nearly 20,000 people died during an eight-week period.

But that surge was before vaccines were available. Today, more than 70% of California’s residents who are eligible have been fully vaccinated against the coronavirus. Even with the recent increase in cases, the state is averaging a little more than 14 cases per day per 100,000 people.

Even so, Ghaly said hospitals in several counties with low vaccination rates are still struggling with lots of patients, including parts of Southern California in Riverside, San Bernardino, Mono and Inyo counties. Ghaly warned coronavirus hospitalizations often increase in the weeks following a jump in new cases.

“We are proactively putting this tool of universal indoor masking in public settings in place to ensure we get through a time of joy and hope without a darker cloud of concern and despair.” Ghaly said. “Californians have done this before, and we of course believe we can do it again.”

California also is tightening existing testing requirements by ordering unvaccinated people attending indoor events of 1,000 people or more to have a negative test within one or two days, depending on the type of test. The state also is recommending travelers who visit or return to California to get tested within five days of their arrival.

When Will California Finally Protect Small Businesses from Lawsuit Abuse?