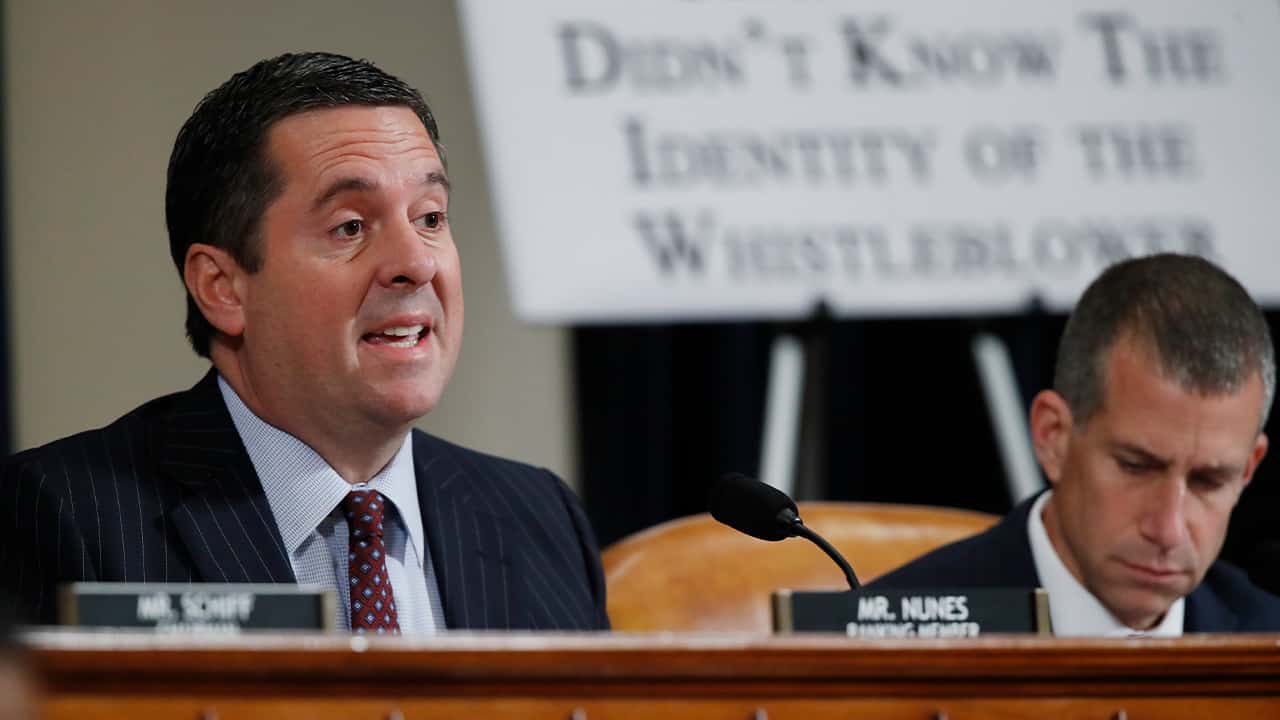 Devin Nunes announced he is leaving Congress at the end of the year. (AP File)
Share with friends

Congressman Devin Nunes announced he is retiring from Congress at the end of the year.

“Recently, I was presented with a new opportunity to fight for the most important issues I believe in. I’m writing to let you know I’ve decided to pursue this opportunity, and therefore I will be leaving the House of Representatives at the end of 2021,” Nunes wrote.

He did not elaborate what his “new opportunity” is. A subsequent news release from Trump Media & Technology Group, a venture founded by the former president, said Nunes will become CEO of the company in January 2022.

“Congressman Devin Nunes is a fighter and a leader,” Trump said in the news release. “He will make an excellent CEO of TMTG. Devin understands that we must stop the liberal media and Big Tech from destroying the freedoms that make America great. America is ready for TRUTH Social and the end to censorship and political discrimination.”

Nunes was first elected in 2002, now in his 10th — and final — term. He has been a strong ally of President Donald Trump and former chairman of the House Intelligence Committee.

Nunes’ retirement would trigger a special election to fulfill the remainder of his term (under current congressional lines).

Democratic candidates have already emerged and have been campaigning — namely Phil Arballo and Lourin Hubbard. 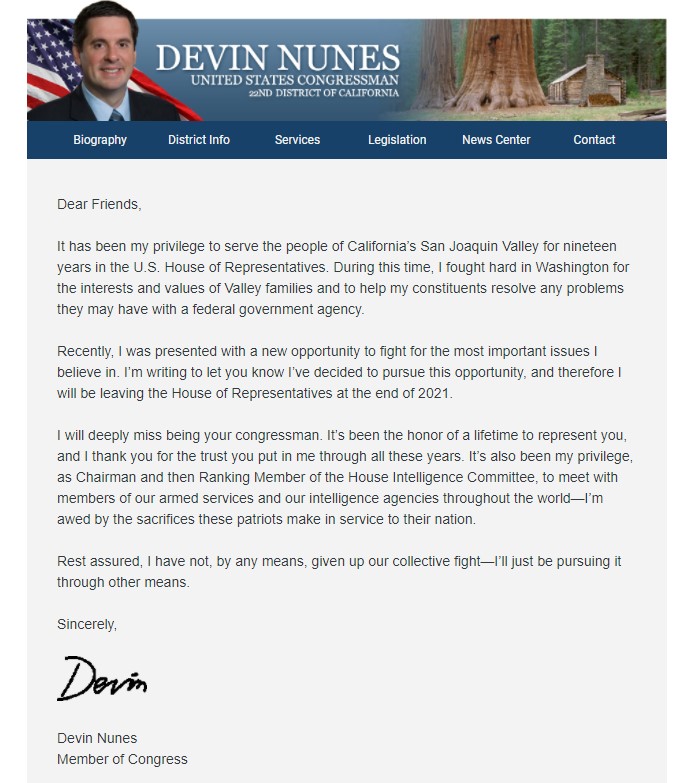