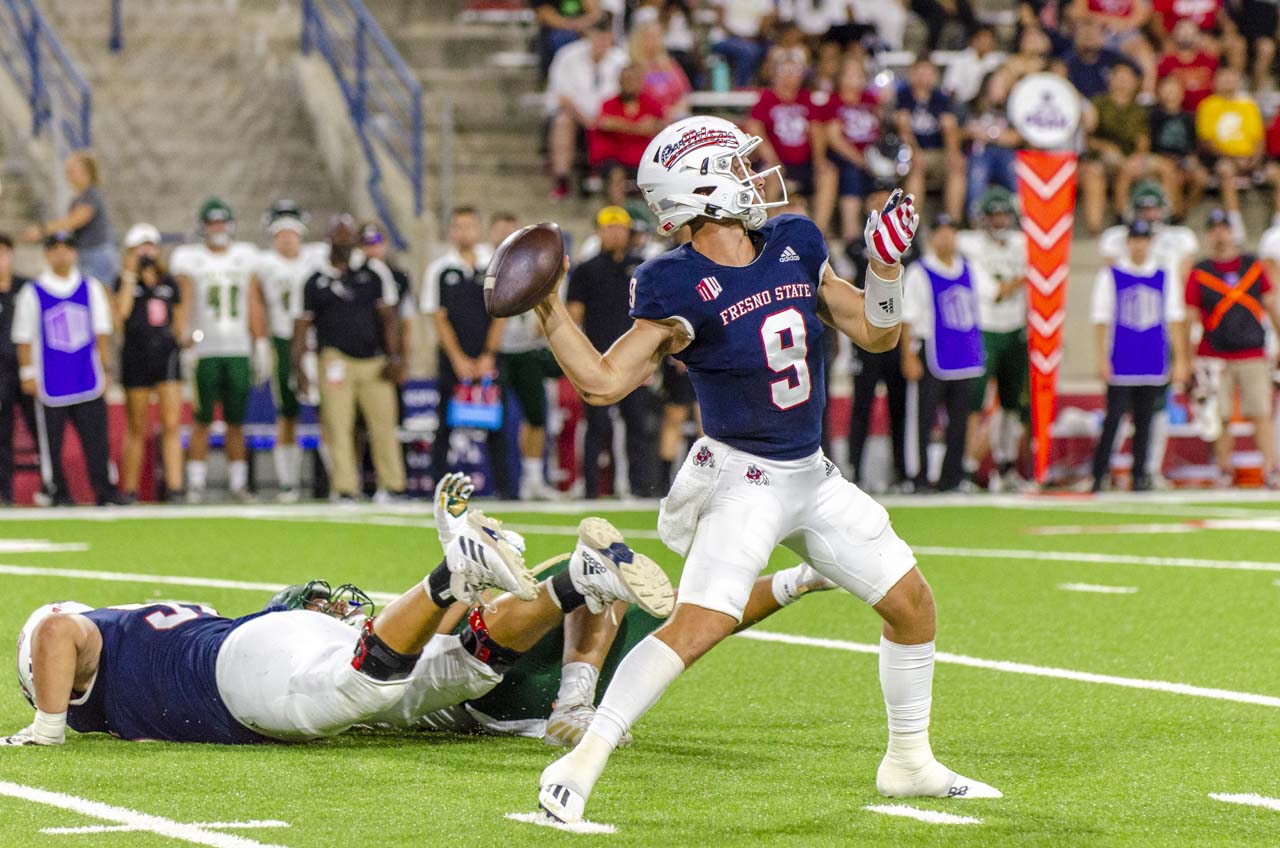 Fresno State QB Jake Haener confirmed he is leaving, but he's not sure where he'll land. (GV Wire/Randy Reed)
Share with friends

In a season of national rankings, Heisman talk, and heart-stopping victories, quarterback Jake Haener announced he is leaving Fresno State.

“The decision I’m making has been the hardest of my life. Truly. My greatest memories have been made as a Bulldog and the people I’ve met here will forever be close to me. I gave my heart to this Valley and I want everyone to know this place will always be special to me,” Haener wrote on Instagram on Thursday.

Earlier this week, Haener entered the college football transfer portal, allowing him to join another program. On Monday, head coach Kalen DeBoer left Fresno State for the University of Washington. The overwhelming speculation is that he’ll rejoin DeBoer in Seattle.

“I haven’t made a decision yet,” Haener told GV Wire about where he is headed. And, he did not have further comment on his social media posts, hoping people would understand “but they probably wouldn’t.” 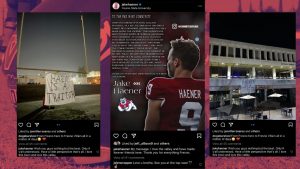 Haener was initially recruited by Washington, redshirting in 2017 and playing in four games in 2018. He transferred to Fresno State in 2019, having to sit out that season based on NCAA rules.

Because of the pandemic, Haener and all players were granted an extra year of eligibility. If he transfers, he would immediately be allowed to play a sixth season.

Haener received national attention after a near-victory at Oregon and an extraordinary performance in a come-from-behind victory at UCLA. That propelled the Bulldogs into a national ranking and Heisman talk for Haener.

Responding to the Hate

In his Instagram posts, Haener posted pictures of a banner placed on a goalpost and the University Union saying “Haener is Traitor.”

“Wish you guys nothing but the best. Only if y’all understood. Have a little perspective that’s all. I love this town and love this valley,” Haener wrote.

Adrian Martinez, the Clovis West product who has started at quarterback for Nebraska, announced on social media that he was entering the transfer portal.

“I am excited for the next opportunity ahead,” he wrote.

Martinez has been a starter since his 2018 freshman season. The speculation has already started whether a return home is possible.