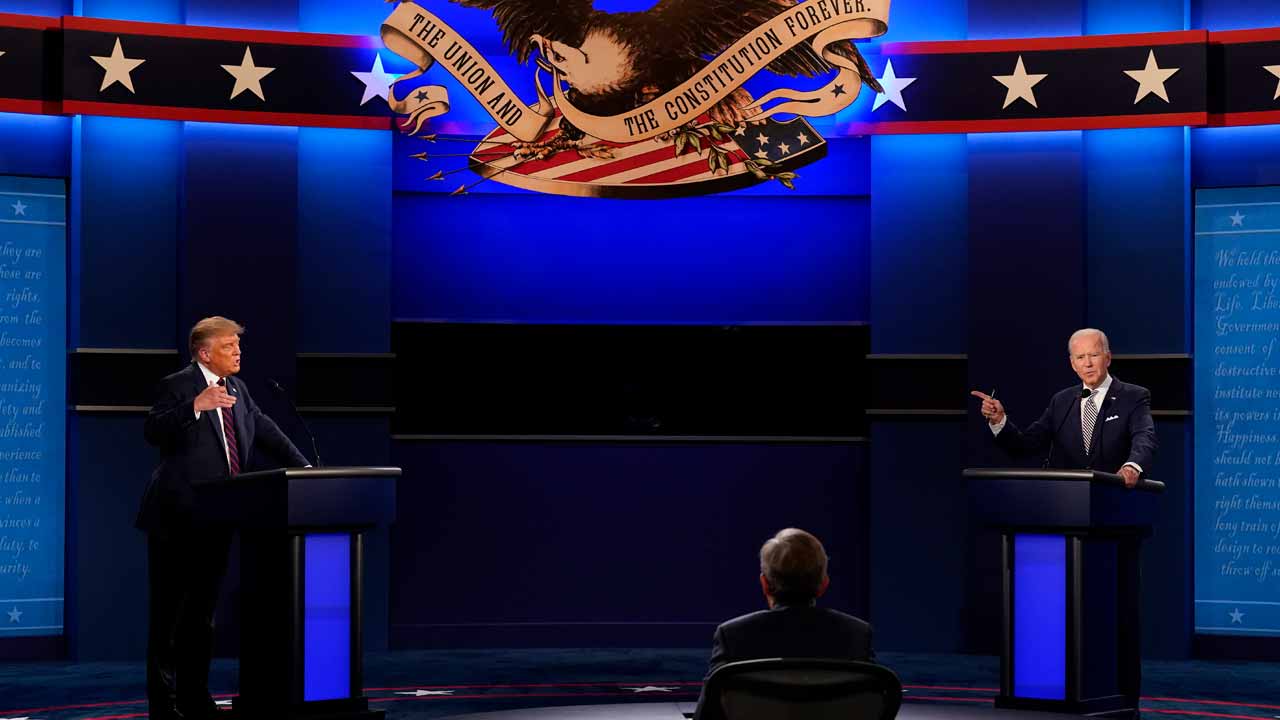 Donald Trump tested positive for COVID-19 three days before his first presidential debate in September 2020 with Joe Biden and days earlier than that diagnosis was previously disclosed, according to a new book by Trump’s former chief of staff.

In “The Chief’s Chief,” obtained by The Guardian before its Dec. 7 release, Mark Meadows writes that the then-president received a negative test shortly after the positive test and resumed his usual activities, including attending the debate against his Democratic challenger. Trump on Wednesday denied Meadows’ claim.

The revelation, if confirmed, would further show that the Trump White House did not take the virus seriously even as it spread among White House and campaign staff and eventually sent Trump to the hospital, where he required supplemental oxygen and experimental treatments.

The former president said that Meadows’ story “of me having COVID prior to, or during, the first debate is Fake News. In fact, a test revealed that I did not have COVID prior to the debate.” Meadows later retweeted the statement.

The book’s publisher, All Seasons Press, did not immediately respond to a request for comment.

The White House began a testing regimen for Trump’s senior aides and those who would be in contact with him after earlier positive cases. But aides repeatedly refused to disclose when Trump was tested the week of the debate, leading to speculation that he may have had COVID-19 while on stage with Biden.

Moderator Chris Wallace of Fox News had said previously that he believed Trump may have had COVID-19 at the time of the debate because of the virus’ incubation period. It typically takes several days between the time a person is exposed to the virus to when there is enough viral load to be detected.

Trump was 74 and Biden was 78 at the time, putting them at higher risk of serious complications from the virus. COVID-19 vaccines were not then available.

Trump announced in a tweet early on Oct. 2, 2020, that he and first lady Melania Trump had tested positive for the coronavirus. He was admitted to Walter Reed National Military Medical Center later that day.

But Meadows writes that Trump first tested positive on Sept. 26, three days before the debate and the same day that he held a Rose Garden ceremony for his final Supreme Court nominee, Amy Coney Barrett, according to the paper. Trump traveled that evening to a rally in Pennsylvania.

Meadows, Trump’s fourth and final chief of staff, writes that he received a call from the White House doctor as Trump’s helicopter was lifting off from the White House for the rally. Meadows says he was informed that Trump had tested positive and was instructed to stop the president from departing.

When Meadows told Trump of the result, the president’s reply, according to The Guardian, “rhyme(d) with ‘Oh spit, you’ve gotta be trucking lidding me.’”

But Meadows said the test had been conducted with an old model kit and he told Trump it would be repeated with a newer version. After “a brief but tense wait,” Meadows reported that the second test had come back negative.

Trump took that result as “full permission to press on as if nothing had happened,” Meadows wrote, according to The Guardian. In subsequent days, he held news events, met with Gold Star families at the White House, attended several fundraisers and appeared at the debate.

On the day of the debate, Sept. 29, Meadows wrote that Trump looked slightly better — “emphasis on the word slightly.”

“His face, for the most part at least, had regained its usual light bronze hue, and the gravel in his voice was gone. But the dark circles under his eyes had deepened. As we walked into the venue around five o’clock in the evening, I could tell that he was moving more slowly than usual. He walked like he was carrying a little extra weight on his back,” Meadows was quoted as writing.

Meadows noted that both candidates were required to test negative for the virus within 72 hours of the debate, but wrote that, “Nothing was going to stop (Trump) from going out there.”

Dr. Anthony Fauci, President Biden’s top medical adviser, who also served in the Trump administration, said that he was not aware of the test results but that anyone who tests positive should isolate from other people.

“I’m not going to specifically talk about who put who at risk, but I would say as I said, not only for any individual, but everybody, that if you test positive you should be quarantining yourself,” he said at a news briefing Wednesday.

Biden brushed off the report. “I don’t think about the former president,” he told reporters.