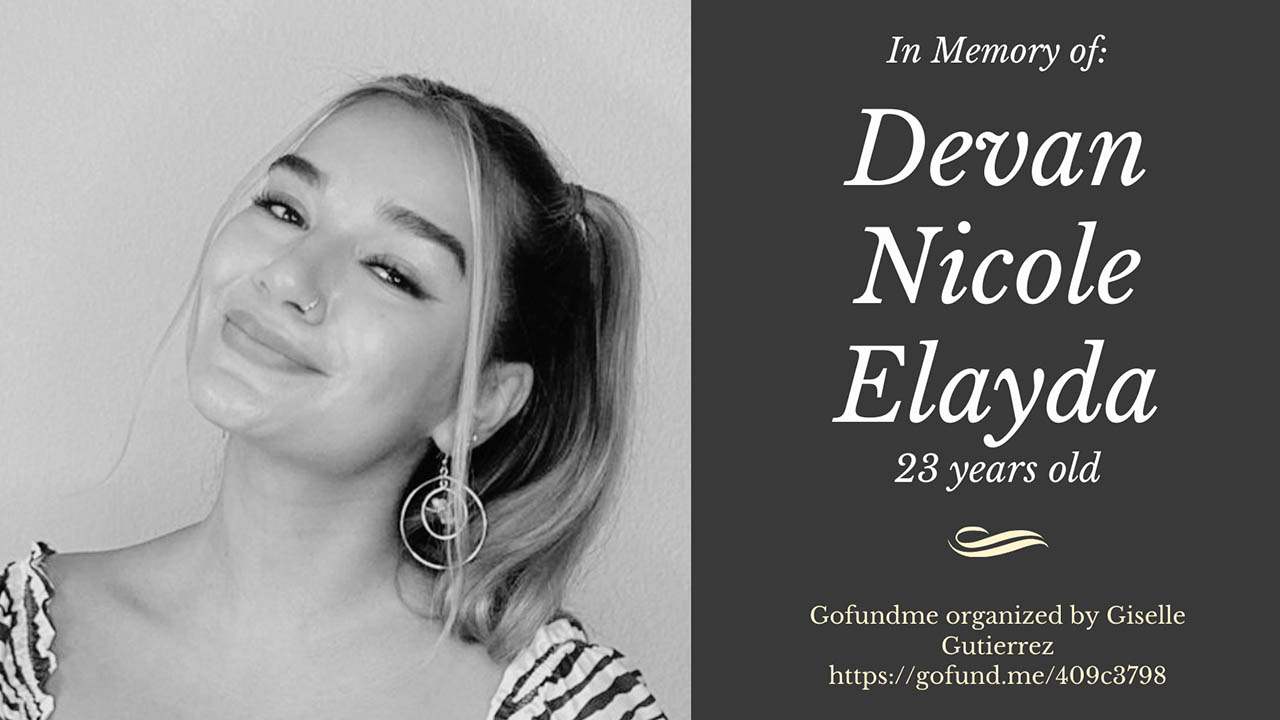 A CHP spokesman said Tuesday that the persons of interest are male and female juveniles.

Elayda, who is from Hollister, was a TikTok fashion and beauty influencer with more than 50,000 followers. The 23-year-old also had nearly 5,000 followers on Instagram.

She was driving on Highway 180 near Cedar Avenue when it is believed that she decided to exchange seats with a passenger, according to the CHP.

An oncoming vehicle killed her when she exited the vehicle near the median at about 2:45 a.m. CHP officers pronounced Elayda dead at the scene.

The CHP continues to seek the public’s help with this case. If you have additional information, contact the CHP at (559) 262-0400 or Valley Crime Stoppers at (559) 498-7867. Tipsters will remain anonymous and may be eligible for a cash reward.