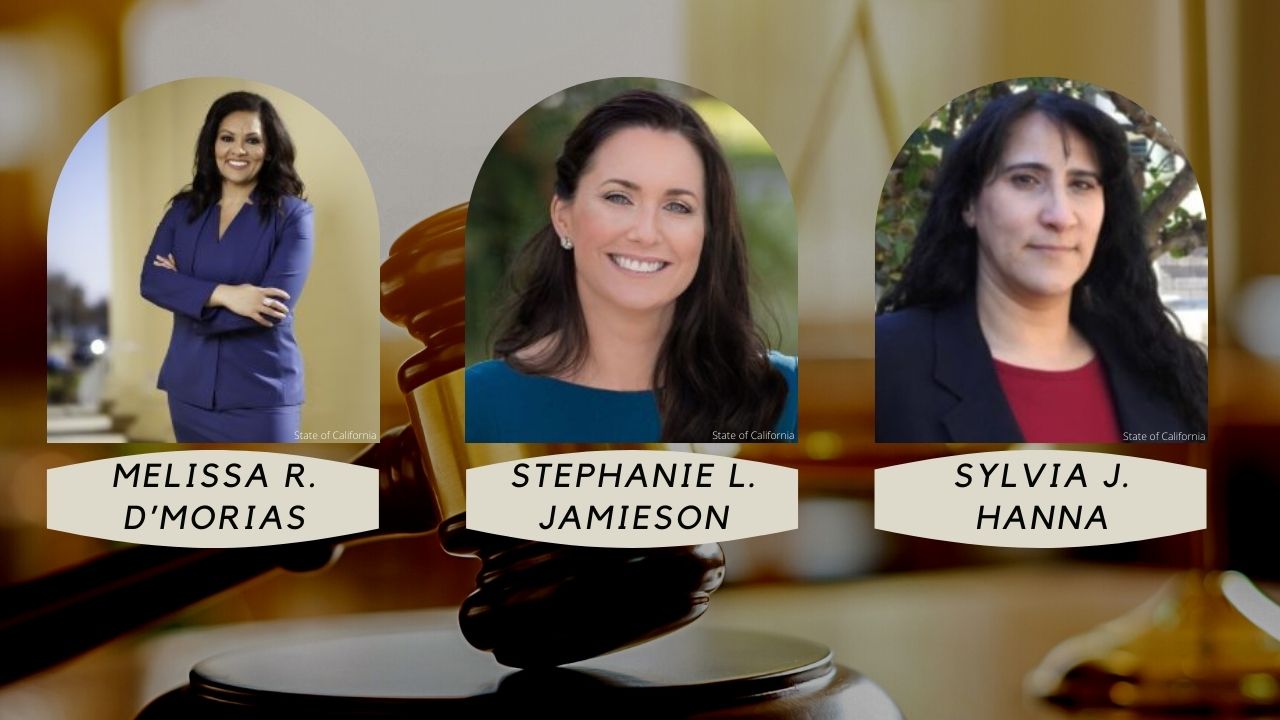 Melissa R. D’Morias, 36, of Hanford, was named to a new judgeship on the Kings County Superior Court bench.

D’Morias has been Kings County’s deputy district attorney since 2013. Before that, she was an attorney for Fresno Child Advocates from 2011 to 2013. She earned a Juris Doctor degree from Whittier Law School. D’Morias is a Democrat.

Stephanie L. Jamieson, 37, of Patterson, was appointed as a judge in the Merced County Superior Court.

She has been a deputy public defender in the county since 2013 and was a sole practitioner in 2011-12. Jamieson earned a Master of Laws degree from California Western School of Law and a Juris Doctor degree from Santa Clara University School of Law. She also is filling a new judgeship. Jamieson is a Democrat.

Sylvia J. Hanna, 44, of Tulare, was appointed as a judge on the Tulare County Superior Court bench to fill the vacancy created by the retirement of Judge Kathryn T. Montejano.

Hanna has served as Tulare County’s chief deputy public defender since 2019. She previously held other positions in the Public Defender’s Office, including senior attorney and supervising attorney. Hanna earned a Juris Doctor degree from Notre Dame Law School. She is a Democrat.

Other judicial appointments announced Monday are at this link.