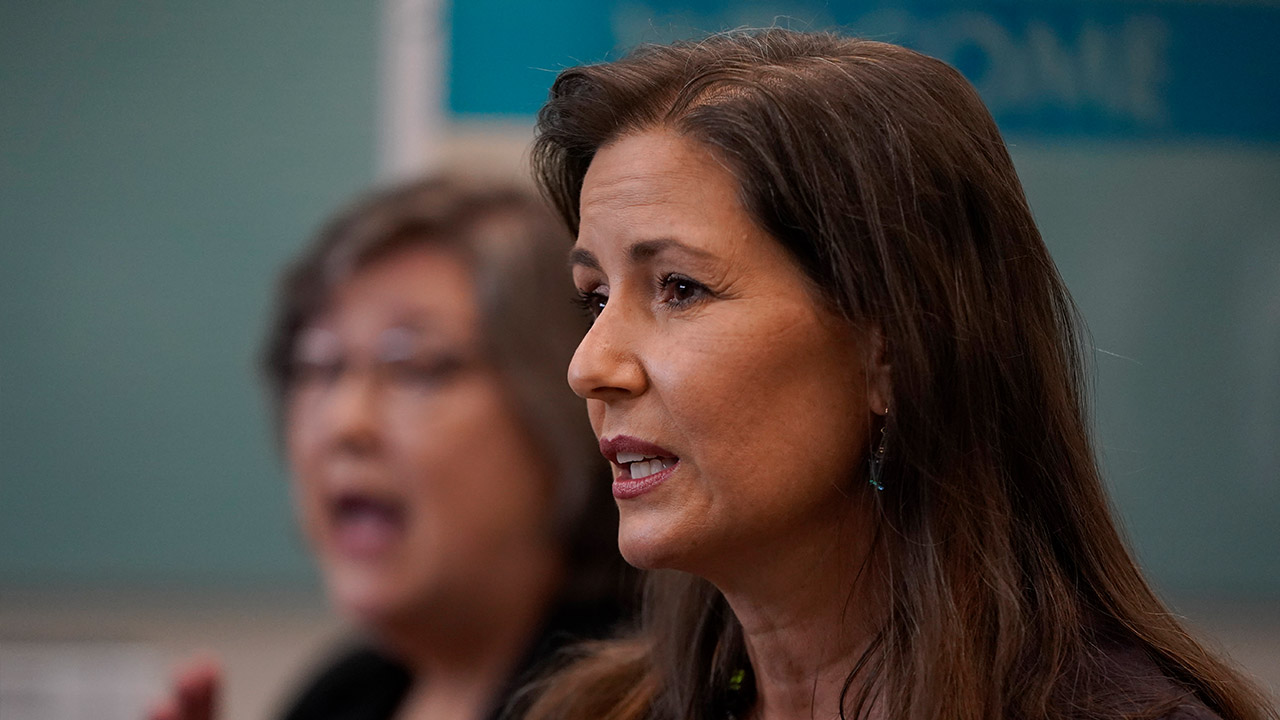 In a reversal of plans to divert funding from police to social services, Oakland Mayor Libby Schaaf said Monday that she’ll push to reverse planned cuts to the city’s police department and seek to quickly hire more officers amid a spike in violence and homicides that has left some residents afraid to leave their homes.

The mayor’s announcement came after a weekend in which three people were killed, including a retired police officer acting as a security guard for a television news crew, bringing the number of homicides to 127 so far this year.

“When those messages and services are not effective … the consequences must be swift and certain,” Schaaf told reporters Monday on a Zoom call. “There is nothing progressive about unbridled gun violence.”

Amid a nationwide movement to shift funding away from police budgets after the killing of George Floyd, the progressive Oakland City Council also voted in June to spend $18 million on programs that aim to prevent street crime and address homelessness.

Oakland is among other liberal cities having to change course amid a spike in crime.

In June 2020, the Portland City Council and the mayor cut millions from the police budget. Earlier this month, the council unanimously passed a fall budget bump that included increasing the current $230 million police budget by an additional $5.2 million.

From New York City to Los Angeles — in cities that had some of the largest Black Lives Matter protests, and some with an extensive history of police brutality — police departments are seeing their finances partially restored in response to rising homicides, an officer exodus, and political pressures.

Schaaf said efforts to shift lower-level policing to other departments and efforts aimed at diverting those convicted to other services have not been enough.

Related Story: Did Police Get What They Need from Fresno’s New $1.4 Billion Budget?

Police staffing has also fallen one officer below a 2014 voter-approved measure that requires the police department to have at least 678 sworn officers on staff. Schaaf said the department will boost its recruiting efforts.

That measure requires the city with a population of 445,849 to have at least 678 officers to access funding from a parcel tax.

The union that represents Oakland police called the dwindling number of officers “yet another broken promise to Oakland residents by the ‘defund-the-police’ majority on (the) city council.”

Among the other high-profile deaths was the death of a 1-year-old boy who was hit and killed by a stray bullet on an Oakland freeway while he slept in his car seat as his mother drove on a Saturday afternoon. Officials say the vehicle likely got caught in the crossfire of two vehicles exchanging gunfire.