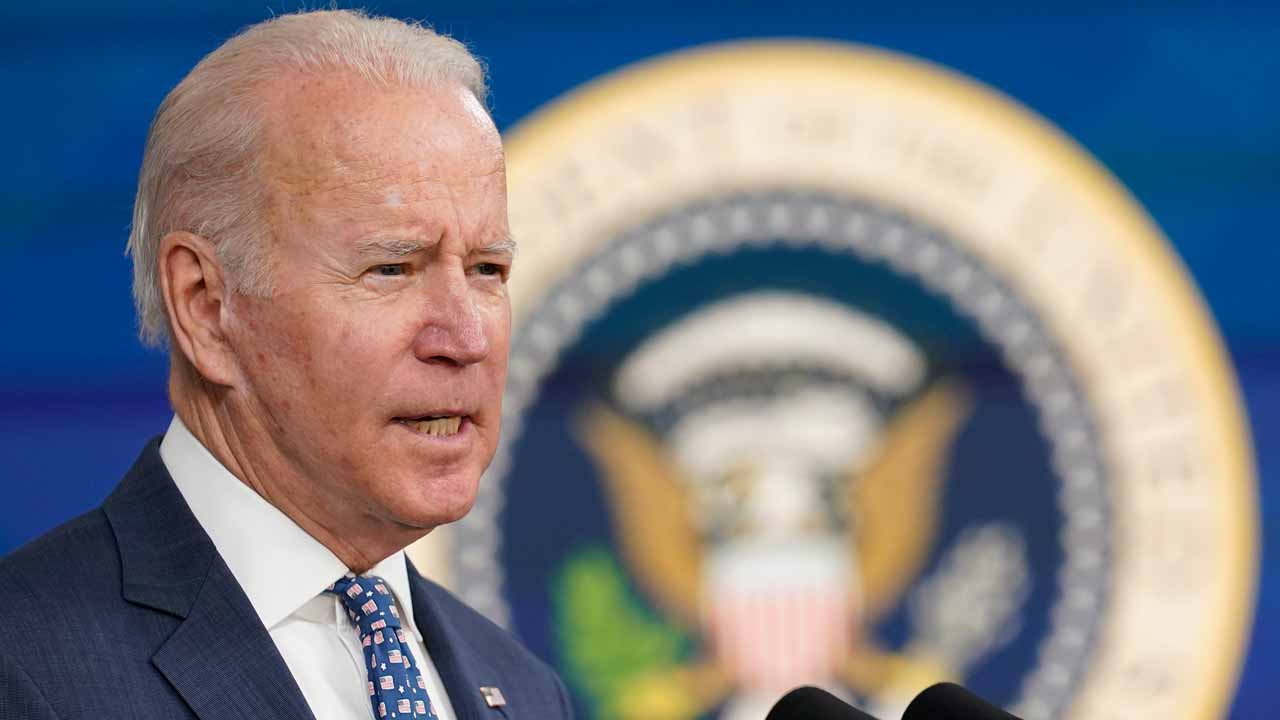 President Joe Biden will urge Americans to get vaccinated and receive a booster shot as he seeks to quell concerns over a new COVID variant. (AP Photo/Susan Walsh, File)
Share with friends

President Joe Biden will urge Americans to get vaccinated including booster shots as he seeks to quell concerns Monday over the new COVID-19 variant omicron, but he won’t immediately push for more restrictions to stop its spread, his chief medical adviser said.

Dr. Anthony Fauci, the nation’s top infectious disease expert and Biden’s leading COVID-19 adviser, said Monday that there were as yet still no cases of the variant identified in the U.S. but that it was “inevitable” that it would make its way into the country.

Speaking on ABC’s “Good Morning America,” Fauci said scientists hope to know in the next week or two how well the existing COVID-19 vaccines protect against the variant, and how dangerous it is compared to earlier strains.

The new variant poses the latest test to Biden’s efforts to contain the pandemic, mitigate its impacts on the economy and return a sense of normalcy to the U.S. during the holiday season.

Biden was to speak Monday about the urgency of getting vaccinated against COVID-19 to protect against variants, especially as roughly 80 million Americans aged 5 and up haven’t yet received any shots. But Biden was not expected to announce any new virus-related restrictions, beyond last week’s move to restrict travel from South Africa and seven other countries in the region, effective Monday.

Other nations were also moving to close their borders or reinstate lockdowns amid a host of other severe measures to prevent the omicron variant from spreading, but Fauci indicated that the U.S. was not following suit.

Asked if more U.S. restrictions were imminent, Fauci said, “I don’t think so at all.” Later, on “CBS Mornings,” he said, “Let’s not be talking about lockdowns.”

Fauci said there was no need to panic about the new variant, but “we should be concerned, and our concern should spur us to do the things that we know work,” such as vaccinations.

The move to limit most travel from the countries where omicron was first identified was meant to provide time for the U.S to learn more about the variant and to “intensify” the domestic vaccination campaign, Fauci said.

Still, he said omicron would eventually reach the U.S. and could, like the delta variant before it, become the dominant strain, since omicron “has a transmissibility advantage” over other variants.

Pharmaceutical companies are already adjusting their existing COVID-19 vaccines to better attack the omicron variant, but Fauci said Americans should make it a priority to get either their first shots or a booster dose now, rather than waiting for a new formulation.

“I would strongly suggest you get boosted now,” he said.

He added that depending on what scientists learn about the omicron variant in the coming weeks “we may not need” targeted boosters to contain that strain of the virus.

Any omicron-specific vaccine probably could not begin to be produced for another two or three months, so getting boosters now is a “very important initial line of defense,” Dr. Paul Burton, chief medical officer for the vaccine-maker Moderna, said Monday.

Burton said Moderna and other vaccine companies are testing existing COVID-19 vaccines to determine how effective they are against the omicron variant.

“If we need to manufacture an omicron-specific variant, it’s going to take some weeks, two to three months is probably what we’re looking at to be able to really begin to manufacture,” Burton told ABC.