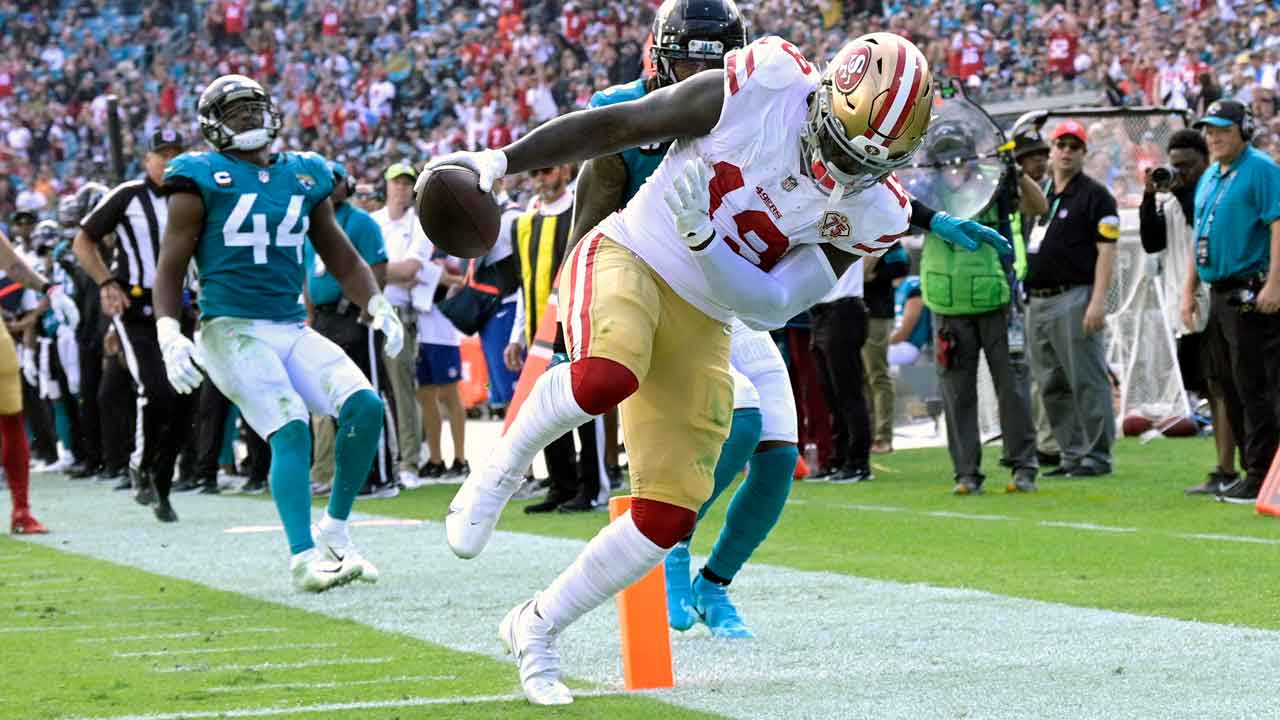 There’s a 5-5 team out there that is very much a Super Bowl contender.

It’s the San Francisco 49ers. After putting a beat-down on the Los Angeles Rams, the 49ers flew 2,700 miles on a short week for a 10 a.m. PST kickoff against Jacksonville.

San Francisco scored on its first five drives and sent a message to the rest of the NFL: We’re back, we’re healthy and anyone who wants to beat us had better find a way to take the football away from our ground-and-pound attack.

The 49ers’ ball-control dominance starts with the left tackle-tight end combination of Trent Williams and George Kittle. They’re creating avalanches and moving bodies. Even if you’re not a Niner fan, it’s a blast to watch.

Kyle Shanahan is the master of designing run plays and, when the 49ers do throw the football, they have a precise plan that fits Jimmy Garoppolo’s skill-set. There’s no doubt that Shanahan’s favorite offensive weapon is Deebo Samuel, who creates mismatches wherever he lines up.  Offensively, the key for the 49ers the rest of the way will be keeping Garoppolo healthy. As much as they run the ball, that shouldn’t be a problem.

On defense, Nick Bosa finally appears 100%. His wrecking-ball performance against the Jaguars included six QB pressures, three solo tackles, and two sacks. Being the warrior that he is, Bosa has played this season while at about 70% of his usual self. With the nicks and bruises fading, he’s creating a lot more headaches for opposing QBs.

The 49ers take a step up in class Sunday afternoon when they host a 5-5 Minnesota team coming off a victory over Green Bay. Look for San Francisco to win its third straight game.

Last week, I wrote that the Los Angeles Chargers needed to take the training wheels off gifted second-year QB Justin Herbert. Based on how he performed against a Steelers’ defense minus T.J. Watt and two other starters, I would say Herbert is getting closer to where he needs to be in terms of changing plays at the line of scrimmage against pressure defenses.

I know I’m nitpicking. Herbert is a huge talent. On Sunday, he became just the fifth quarterback in NFL history to throw for at least 300 yards and have at least 90 yards rushing in the same game.

In addition, on his game-winning TD pass to Mike Williams, he recognized that the Steelers likely would pay extra attention to the primary receiver, Keenan Allen. In the huddle, Herbert told Williams to also be ready. When the Steelers’ cornerback covered Allen closely in the flat, Herbert hit Williams between the cornerback and safety, and Williams ran untouched into the end zone.

That’s next-level stuff and will only make the Chargers’ offense more explosive. 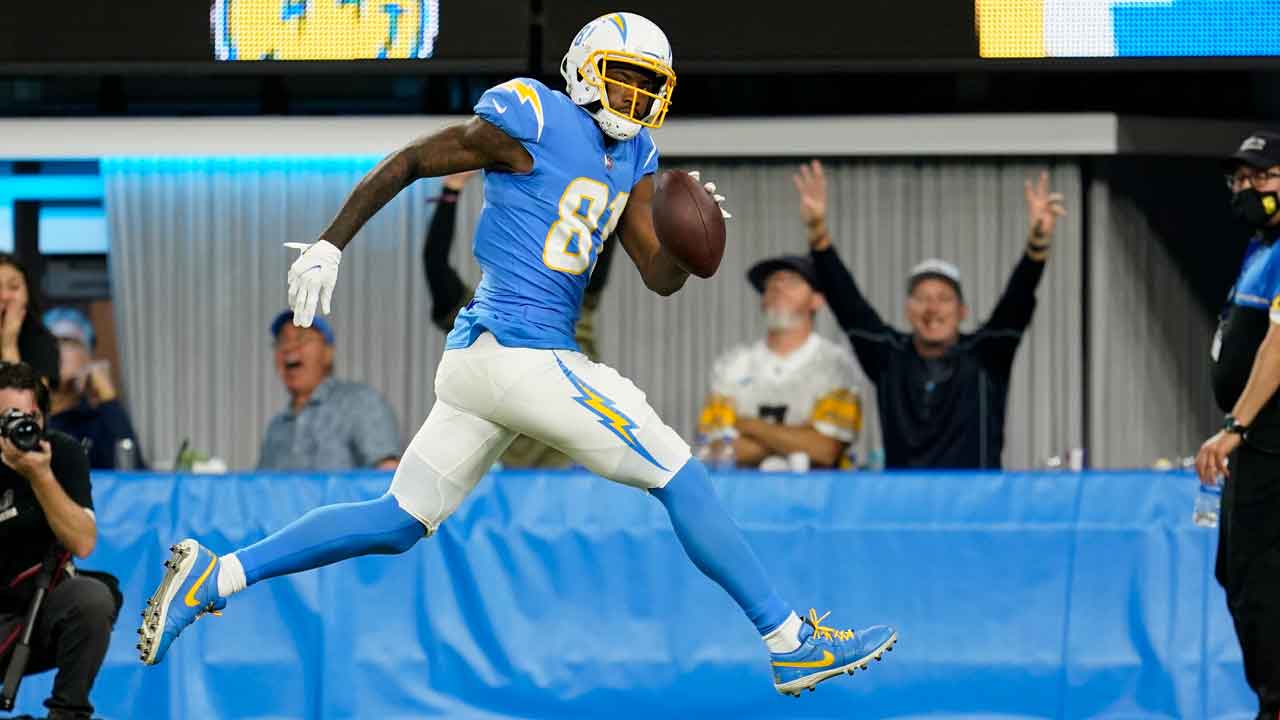 Las Vegas has a lot of things to figure out, especially on offense. And, they’re mired in a three-game losing streak.

But the Raiders are healthy, unlike their Thanksgiving Day opponent, the Dallas Cowboys. Plus I can tell you that my brother Derek has been looking forward to this game since the 2021 schedule was announced. That’s because the Cowboys were his favorite team growing up.

On paper, the Cowboys have the upper hand. But if Raiders offensive coordinator Greg Olson can find a way to stretch the Cowboys’ defense with the recent acquisition of DeSean Jackson, the Raiders could pull off a shocker.

Chicago at Detroit  — Yes, the Lions ended their losing streak with a tie against the Steelers. But a tie isn’t what you want. I guarantee every member of the Lions wants a Thanksgiving victory — for themselves and their fans. With rumblings that this will be Matt Nagy’s last game as coach of the Bears, expect the Lions to prevail.

Buffalo at New Orleans — This is the point of the season where teams with playoff aspirations want to trend upward. The Bills’ problem is they have no rushing game, which means that defenses don’t have to respect their play-action passes. I mean, Josh Allen is great. but he can’t play-action to himself. Based on how Philadelphia QB Jalen Hurst ran through the Saints, Allen might well shoulder every aspect of the offense for the Bills.

NFL franchises are like hot rod pistons. They both have a firing order.

With the Giants falling to 3-7 and playing terribly on Monday night, management took a step to appease the fans. When the walls are crumbling, you fire the offensive coordinator, which in this case, was former Cowboys coach Jason Garrett. The rest of the firing order: head coach, quarterback, and general manager.

Garrett was an old-school coordinator who didn’t utilize QB Daniel Jones’ running ability as much as he could. So, maybe a new OC will help Jones realize his potential. As this is the fourth year of the team’s rebuild under general manager Dave Gettleman, there are fans calling for his head, too. 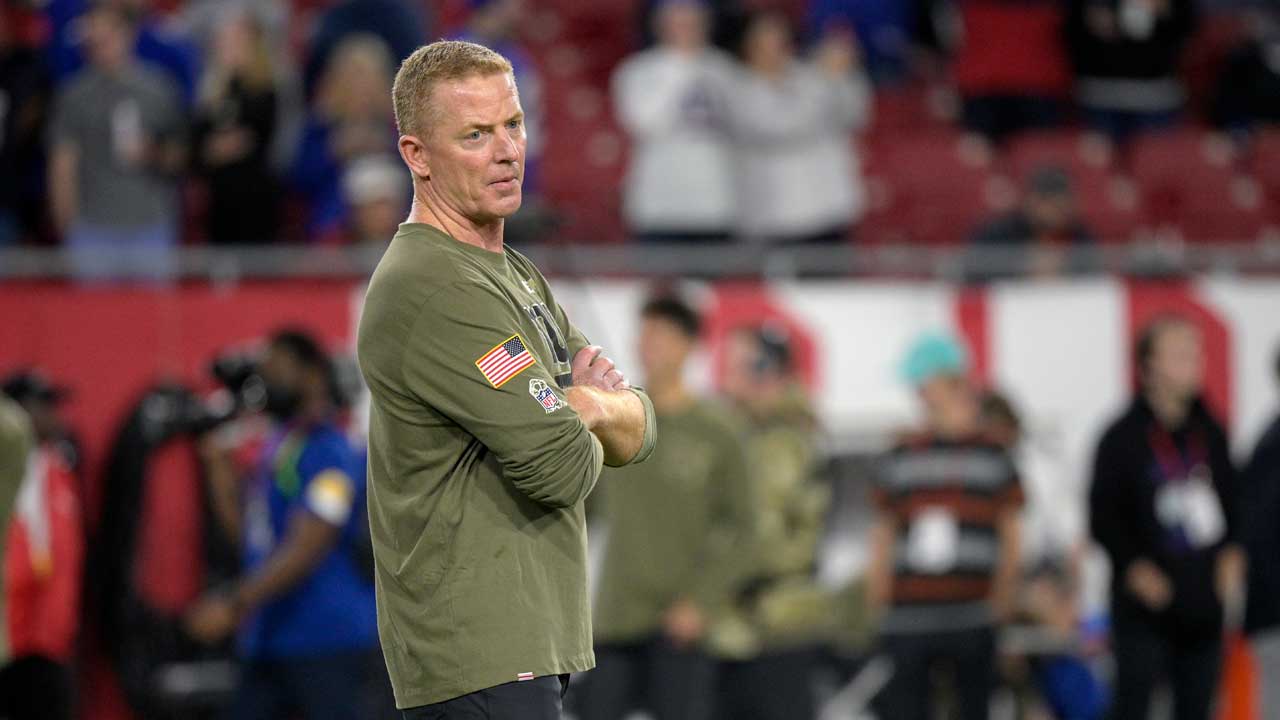 After Cleveland edged winless Detroit, 13-10, on Sunday, QB Baker Mayfield yanked off his helmet, ignored his teammates, headed straight to the locker room, and skipped the postgame news conference.

Making matters worse: Mayfield’s wife, Emily, shared an Instagram post from a fan applauding the QB for his toughness while questioning the tenacity of his teammates.

That’s a really bad look because the quarterback is supposed to be the team leader. My guess is, Mayfield is feeling like people don’t appreciate the effort he’s giving while battling through injuries.

Mayfield is not essential to the Browns’ offense. He’s an accessory to the running game, which is Cleveland’s strength. Considering the mess the Browns have on their hands, they might as well start Case Keenum. 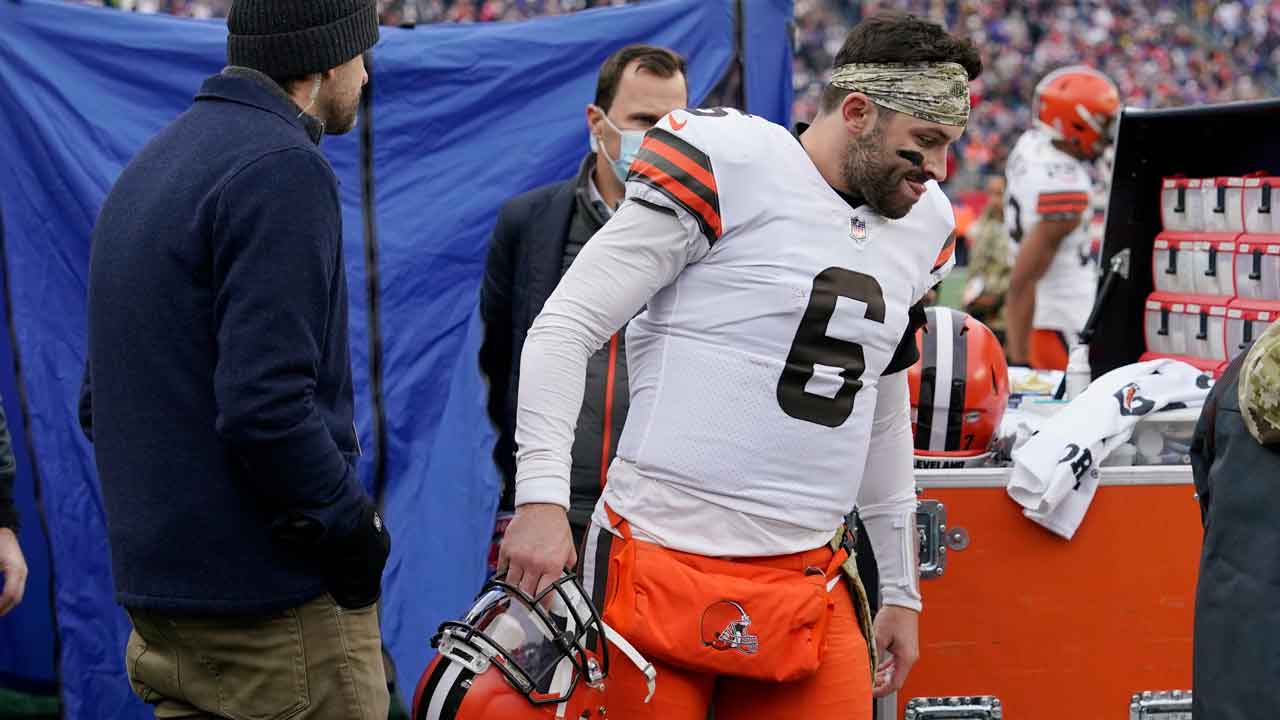 1. Arizona (9-2) — The Cardinals are now 2-1 without star QB Kyler Murray and his favorite wide receiver, DeAndre Hopkins. That’s a sign of a deep, confident team that doesn’t get rattled.  (Last week: No. 3)

2. Green Bay (8-3) — The Packers are 4-0 at home, where they take on the LA Rams on Sunday in a pivotal matchup for both teams. Can the Rams toughen up their defense? And, just how bad is Aaron Rodgers’ turf toe injury? (Last week: No. 4)

3. Tampa Bay (7-3) — Tom Brady’s crew is another team that plays lights out at home (5-0) and is mediocre on the road. “We’re at a decent point but we can play a lot better than we’ve played,” Brady said after the Bucs blew out the Giants to prevent his first three-game losing streak since 2002. (Last week: unranked)

4. New England (7-4) — With five straight wins, the Patriots are back in their accustomed spot atop the AFC East. Next up is Tennessee in a game that could be a playoff preview. (Last week: No. 5)

5. San Francisco (5-5) — This lofty ranking is all about the trend line. After being humiliated by Arizona, the 49ers have righted the ship with dominating back-to-back wins. (Last week: unranked)

28. Atlanta Falcons (4-6) — Matt Ryan doesn’t deserve the mess that surrounds him. Fortunately for Ryan and the Falcons, multiple reworkings of his contract provide the opportunity next year for someone to acquire him, at age 37, for two years at a total salary of about $52 million. (Last week: No. 28)

Escaped the bottom: None