Bulldogs' Title Game Formula: Win and Get an Aztecs' Loss 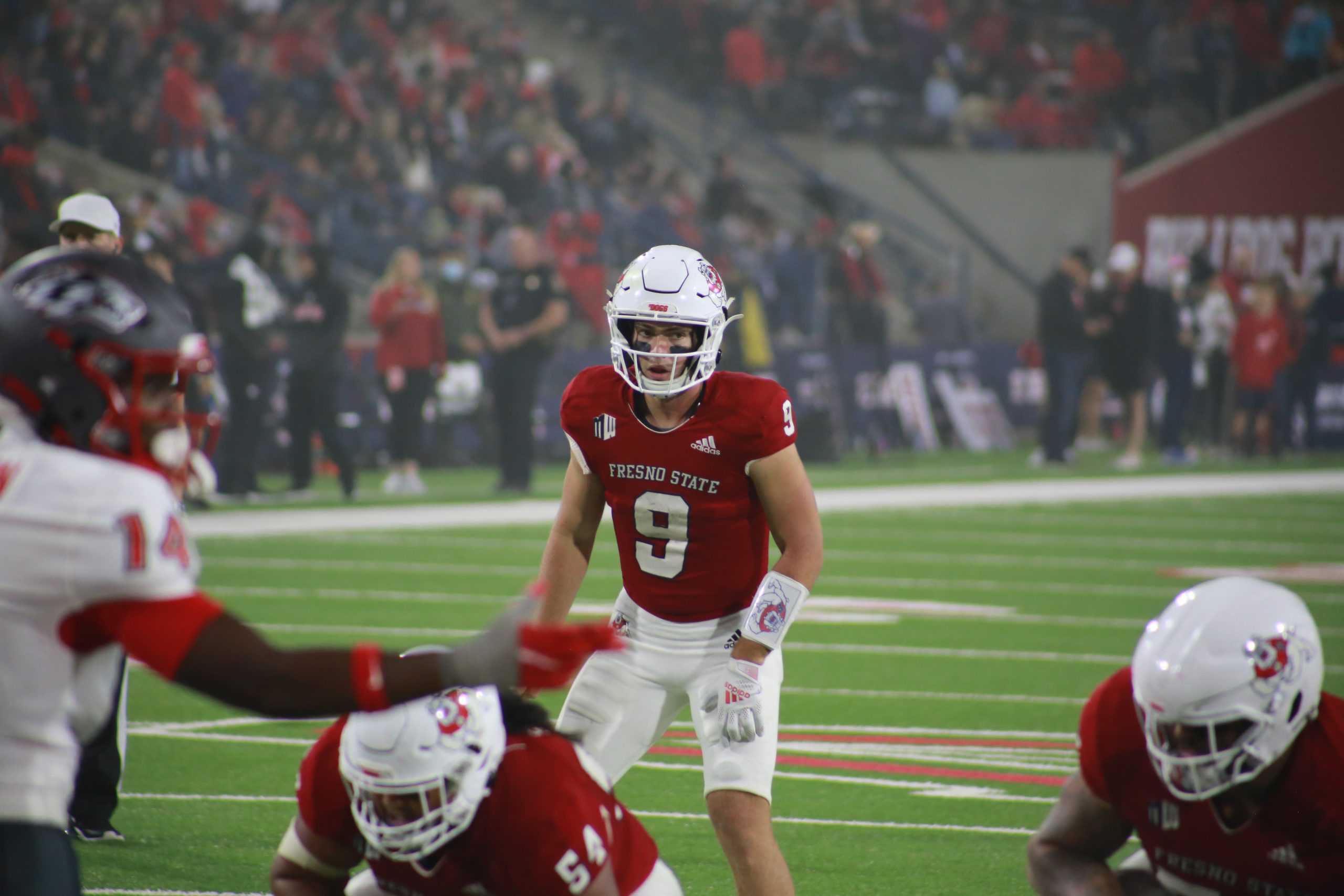 Playing on Thanksgiving Day will be a new experience for Fresno State head coach Kalen DeBoer. He plans to dine with his family the following day, hopefully with a conference title game on the horizon.

With one week remaining in the regular season, Fresno State’s path to the Mountain West title game is clear — a win over San Jose State on Thursday, and a Boise State defeat of San Diego State on Friday morning.

And, if Air Force wins Friday versus UNLV, the Bulldogs could host the Falcons on Dec. 4 in Fresno.

“We’ll be glued to the TV, but we’ve got to take care of our business first,” DeBoer said.

The Spartans (5-6, 3-4 MWC) are the Bulldogs’ longest-running rival, with the 83rd contest set for this week. The winner takes home the Valley Trophy, introduced in 2013. Fresno State leads the series, 42-38-3, but the Spartans won their last meeting, 17-16, in San Jose in 2019. They didn’t face each other last year because of the pandemic.

DeBoer says playing on the holiday is good for the program. It is one of just two college games on the day (Mississippi at Mississippi State is the other).

“The exposure that you get because what do you do? A lot of people have the day off and they’re sitting around eating some food. And what do they do? Click on the TV and watch some football,” DeBoer said.

The team is using its weekly Tuesday lunch as its Thanksgiving celebration. After the game, some players will celebrate with their families. But, DeBoer has a Plan B.

“We’ve opened it up for guys to be able to have the opportunity to stay with family after the game, but also be ready to get back here and have transportation lined up, if we need to get together Saturday night — finding out that we’re moving on and playing in the Mountain West Conference Championship. So a lot of what-if scenarios,” DeBoer said.

“Jake is feeling as good as he has in weeks. I think every guy is probably feeling just a little bit better, a little bit more time in the weight room, recovery, things like that. But Jake’s 100% and he looks great. He’s been rolling around out there, got a couple of extra throwing sessions in, and he looks fantastic,” Grubb said.

Running back Jordan Mims is also expected to be at full strength Thursday. Linebacker and team captain Tyson Maeva is out. DeBoer said Maeva had surgery, but would not specify what the procedure was. He could return for a bowl game. 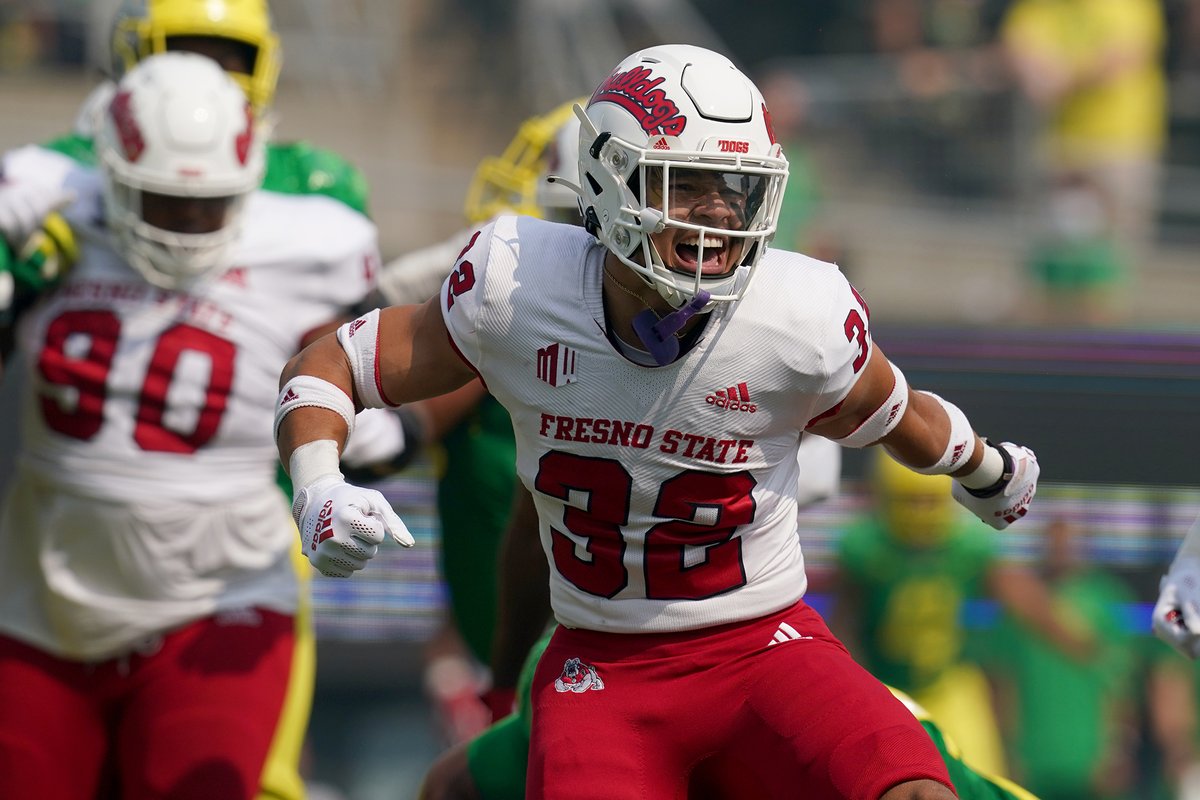 Fresno State junior defensive back Evan Williams has had a breakout season,  totaling a team-high 81 tackles (53 solo). He also has team-high numbers in interceptions (3), broken up passes (6), and fumble recoveries (2). Williams has recorded 4.5 tackles for loss and one forced fumble in 2021. (gobulldogs.com)

How to Win West, How to Host Title Game

If Fresno State wins the West division, and Air Force wins its game to take the Mountain division,  it would come down to who the computers like more between Fresno State and Air Force — since neither team is likely to be ranked in this week’s College Football Playoff poll, which comes out Tuesday afternoon.

Headed into the final week, the Billingsley, Colley, Anderson, and Wolfe computers favor Air Force by two ranking points — 134 to Fresno State’s 136 — with the lower number the better. If the computers wind up in a tie, the next step is record versus common conference opponents. Fresno State prevails in that criteria, 6-1 vs. 5-2 (counting Friday’s theoretical win over UNLV).

“There’s very smart people that figure out the best ways to make it fair. And I mean, I just trust the leadership of those that make those decisions,” DeBoer said. “Our No. 1 goal is just to get in there right now with where we’re at and get in the conference championship, do our job to get in. Obviously an added bonus would be playing at home.”

The double-edge sword is that if Air Force wins big, they could maintain the computer lead. If the Falcons lose, there is no scenario in which Fresno State would host the title game. A tied record with Boise State means the Broncos host based on their victory over the Bulldogs.

No matter what happens this week, Fresno State will play in a post-season bowl game, as the Bulldogs are bowl-eligible for the first time since 2018. The Jimmy Kimmel LA Bowl at SoFi Stadium in Inglewood has first pick among the Mountain West teams.

But, the bowl is not obligated to take the champion. Should the bowl take Fresno State regardless because of how well the fan base travels?

“We do travel well, especially to Southern California. So I think right now, hopefully we earn our way into that position. I think depending on what happens, then we worry about that part down the road,” DeBoer said.

Resnicks’ Stake in Kern Water Bank Could Be Worth $1 Billion: Forbes