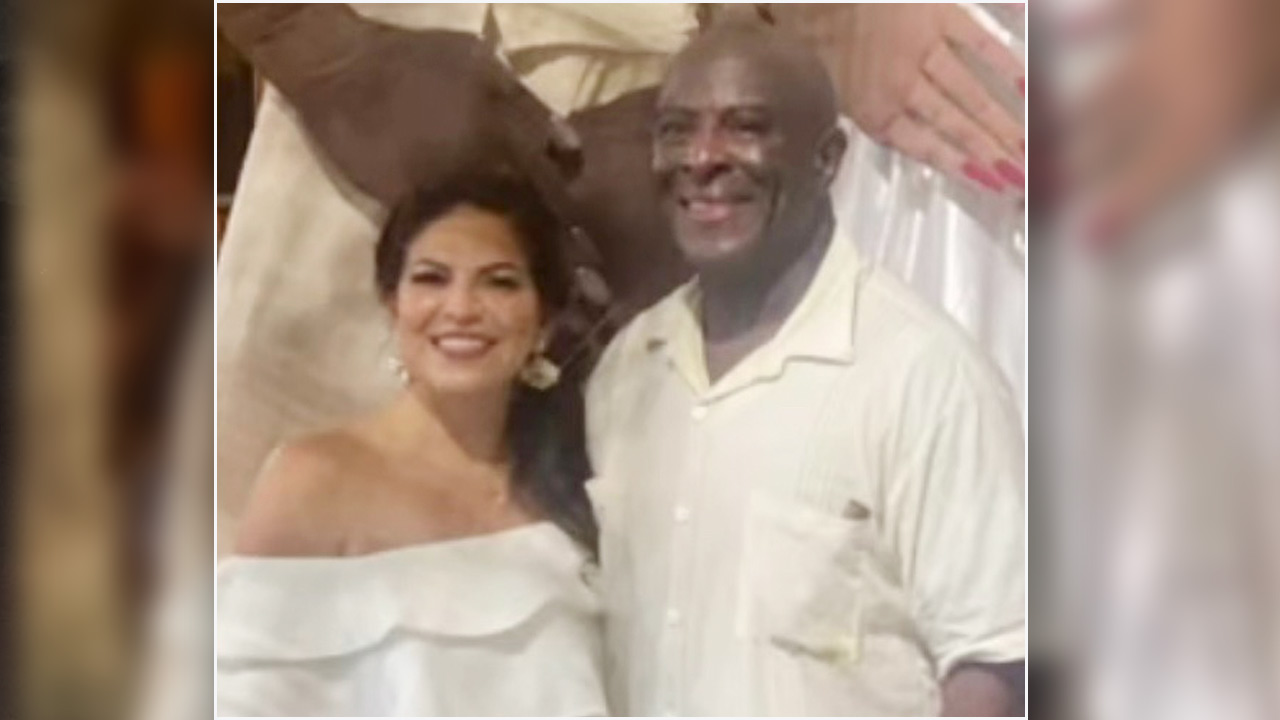 The happy couple poses for pictures in the beach town of Sayulita, Mexico. (Special to GV Wire)
Share with friends

Based on the Facebook videos, Fresno City Councilmember Esmeralda Soria and Terance Frazier had a wonderful time at their destination wedding in the beach town of Sayulita, Mexico, on Friday.

Frazier is a prominent Fresno developer and that has required Soria to recuse herself on city business involving him.

A quorum of the city council was present in Mexico. A video of a pre-wedding march on the street shows Tyler Maxwell, Miguel Arias, and Nelson Esparza. While city councilmembers have private lives too, a majority are not allowed to discuss city business away from an official meeting.

The Fresno City Council was scheduled to meet on Nov. 18. It was canceled to accommodate the nuptials.

State Center Community College District candidate Annalisa Perea was there too. She is running in 2022 to succeed Soria for the District 1 (west-central Fresno) city council seat. Another elected official spotted in the party video is Assemblyman Joaquin Arambula, D-Fresno.

While Maxwell and Perea were celebrating with Soria, they were not on hand for the annual 40 Under 40 honors last week.

They were two of 40 honored as future leaders by Fresno Business Street, the publication headed by Lance Cardoza.

Other notables honored that often appear in Politics 101 — Blake Zante, an aide to state Sen. Andreas Borgeas, and 2020 candidate for the Fresno County school board; Jacob Villagomez, director of state government affairs for the California Citrus Mutual and former aide to state Sen. Melissa Hurtado; Gilbert Felix 2022 candidate for the SCCCD school board, and Barigye McCoy, marijuana entrepreneur. 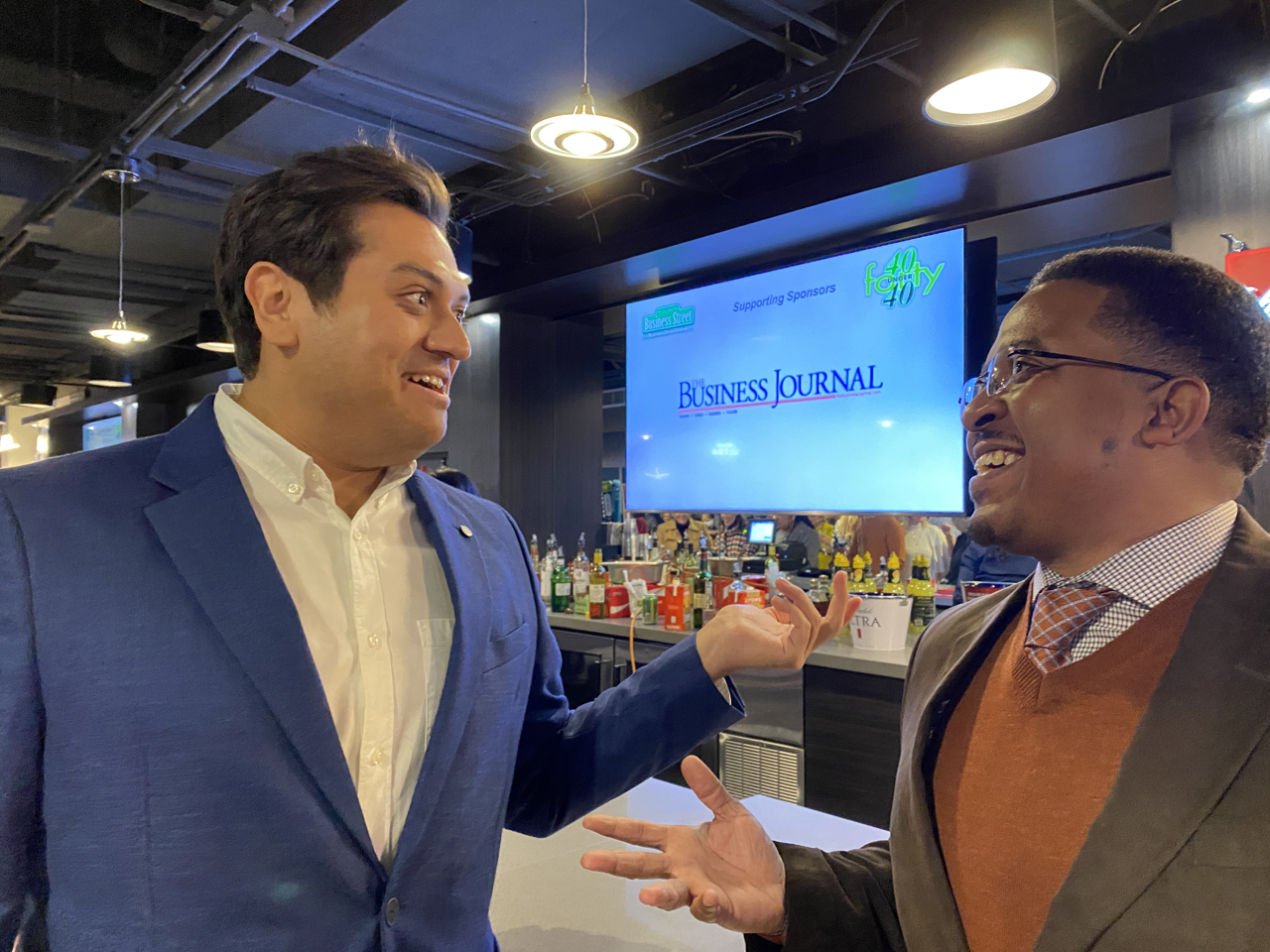 Above: Gilbert Felix (left) and Barigye McCoy kibitz at the 40 Under 40 event; Below: Andreas Borgeas staffer Blake Zante was one of the honorees. (GV Wire/David Taub) 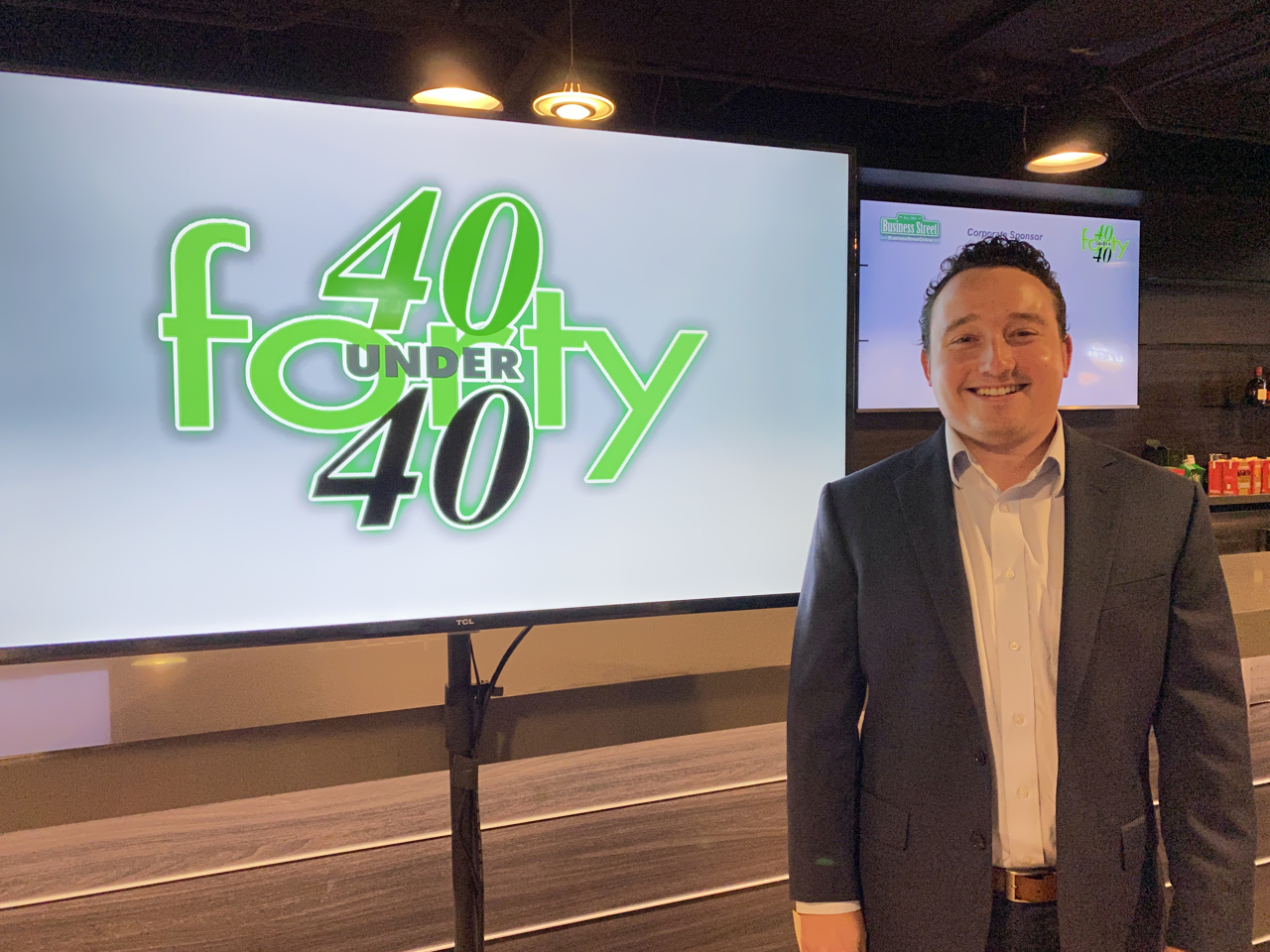 As the 2022 election rolls around, there are plenty of rumors about elected officials running for a different office. Fresno City Council President Luis Chavez — who was not at the Soria wedding — says he is fine where he is.

Chavez tells Politics 101 he plans to run for re-election, and not run for Congress or another job. 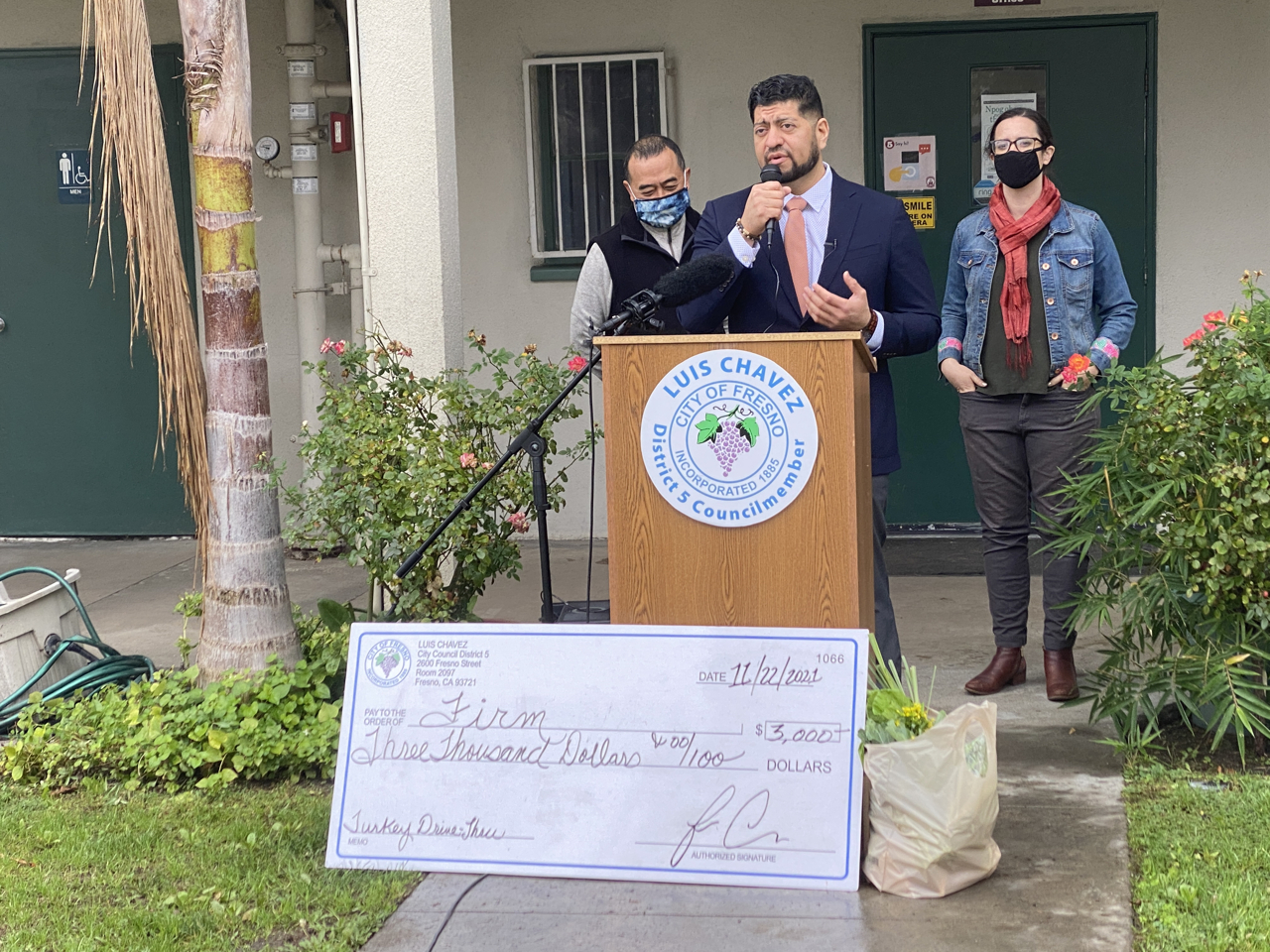 Fresno councilman Luis Chavez says he is not running for an office other than council re-election. (GV Wire/David Taub) 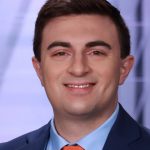 Thomas is the latest KSEE talent to leave in the last year for greener pastures. A few weeks ago, sports reporter Julia Lopez left for a similar job in Phoenix. Earlier this year, KSEE lost Kirsten Mitchell to WCCO-TV in the Twin Cities, Shawna Khalifa to KCNC-TV in Denver, Jocelyn Moran to KPIX-TV in San Francisco, and Kalie Hunt for KHON-TV in Honolulu in July.

While turnover at news stations is frequent, this is a lot, even by mid-market standards. Thomas came to the Fresno market in February from a station in Grand Junction, Colorado.

“We wish him the best,” KSEE president and general manager J.R. Jackson said.

A clarification on the Politics 101 story last week about a shortage in Clovis police patrols. The department says there are 102 officers in total, with 69 assigned to the patrol division. The department is authorized for 106 sworn officers.