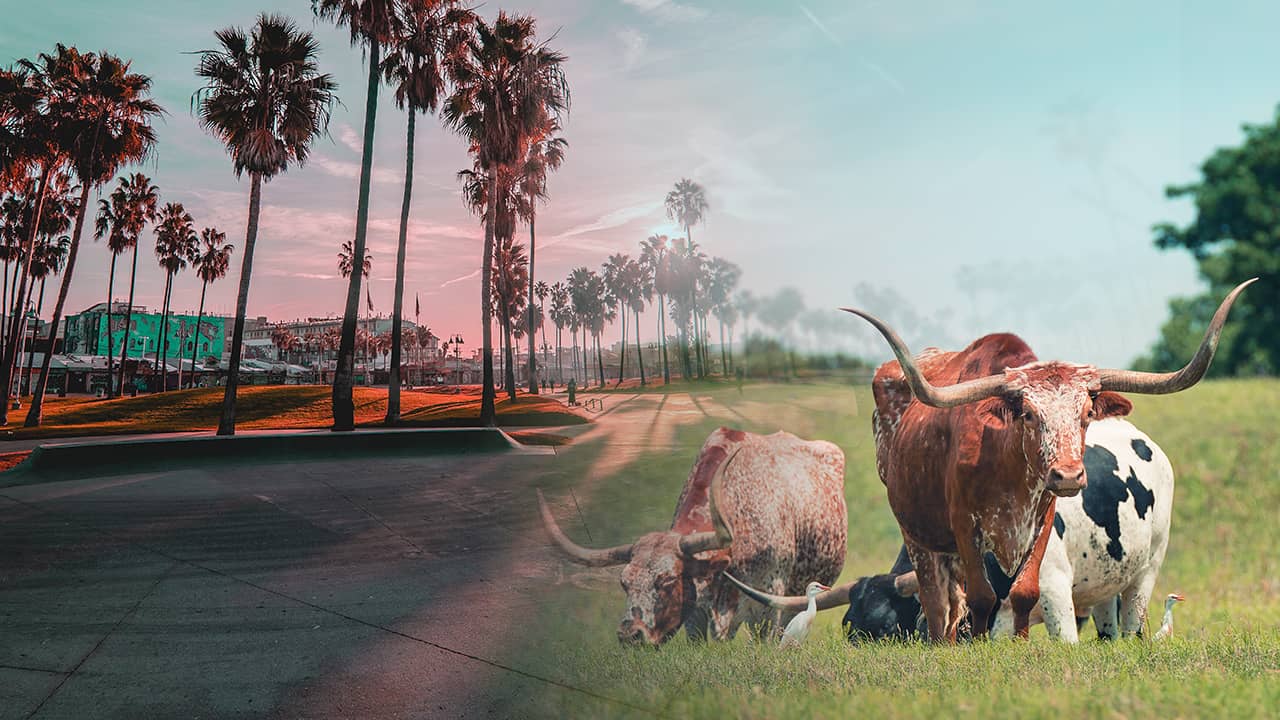 Writes Joe Mathews: Texas talks about us so much, "California might have to get a restraining order." (GV Wire File)
Share with friends

Thank you, America, for always keeping California in your thoughts.

Now it’s that time of the year when we should give thanks for the only California real estate that’s still cheap — all that space that we’re occupying, rent free, in the heads of our fellow Americans.

It’s amazing how top-of-mind California is across these United States. I recently visited that glorious cradle of American ideas, the great state that used to be called Virginia.

That, at least, is what Virginia’s newly elected governor, Glenn Youngkin, and his supporters call it.

“In a few short years, Virginia has become California East. It happened quickly,” Youngkin warned in stump speeches. You might think this was critical, coming from a Republican. But when his allies listed policies that were turning the Old Dominion into California East, they listed the best of Golden State governance: stronger clean air laws, legal marijuana, and sending a ballot in the mail to every voter.

Texas talks about us so constantly that, if it weren’t for the physical separation provided by Arizona and New Mexico, California might have to get a restraining order.

“California East” isn’t a Virginia creation. Political leaders in Nevada and Arizona have used the phrase to warn about the perils of Californians moving in. But can you blame them? We Californians are so good-looking that you don’t want to look directly at us — lest ye be blinded.

Sometimes, though, obsession with California can get a little scary. Texas talks about us so constantly that, if it weren’t for the physical separation provided by Arizona and New Mexico, California might have to get a restraining order.

Texans like to pretend that they don’t want California influences around — they even had these great T-shirts made that say, “Don’t California My Texas.”

But, in reality, they brag whenever Californians relocate themselves and their California values to the Lone Star State. Texas is now home to 40 different In-N-Out Burger locations, Elon Musk, and an electric grid even more decrepit than ours. 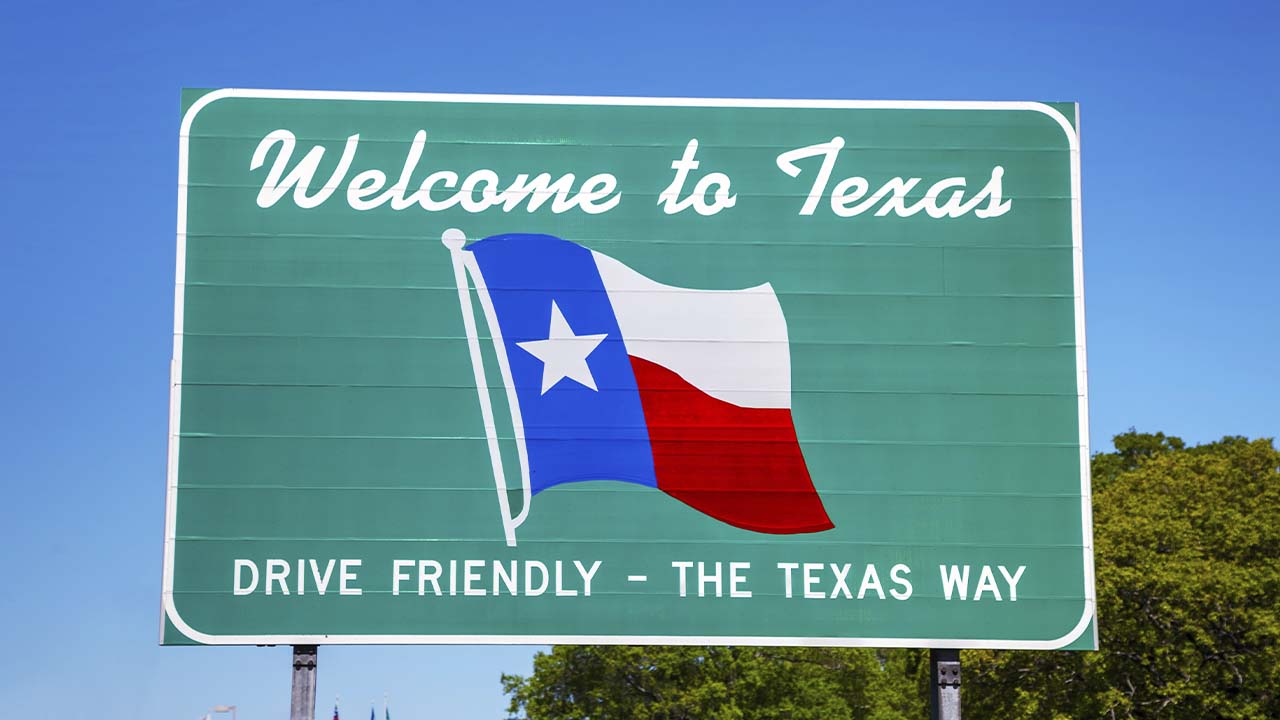 Elon Musk announced earlier this year he was moving Tesla’s headquarters from California to Texas. (Shutterstock)

Bacon’s Demise Has Been Grossly Exaggerated

Lately, I’ve noticed Iowa and other pork-producing states have rivaled Texas in their fixation on California. Iowa Sen. Joni Ernst can’t stop talking about what she claims is a California ban on bacon. “We thought we’ve seen it all from the radical left … but this takes it to a whole new level: banning bacon? No way, folks,” Ernst said.

This worried me at first, because I love bacon. So, to investigate the salt-cured delicacy’s availability and legal status, I ignored my wife’s dietary advice just this once and bought a bacon-wrapped hot dog from an L.A. food vendor.

The bacon was genuine and delicious. California hasn’t banned anything. Iowans are just hog-tied that we just won’t let them sell pork products here until they start complying with our animal-friendly laws on pig confinement. So, the 3.2 million human Iowans may whine a little, but Iowa’s 23.8 million hogs and pigs should love us!

Here’s the truth about what lies in the hearts of Iowans, Texans, Virginians, and others who just can’t get California off the brain: Almost all their criticisms of us are really compliments — love, even — disguised in the idioms of good, God-fearing Americans.

So, Californians, don’t lose your cool if a relative tries to bait you at holiday dinner. Instead, use my handy California hate/love translator to understand what your family member is actually trying to say:

That said, don’t let all this praise go to your head.  We Californians must admit to ourselves that we’re not really the unstoppable, progressive colossus that other Americans imagine us to be. Our homelessness is even worse than it looks. Our cost of living is crushing. So is business regulation.

So, my fellow Californians, stay humble as the pie you’re eating as you move around the country this holiday season. Don’t brag about our world-beating economic growth or the sharp decline in our poverty rates.

Instead, quietly savor all the California love you receive, in whatever form you receive it. And give thanks for all the Americans who won’t stop talking about us. Because California couldn’t afford all this promotion itself, even with a $31 billion budget surplus.