With Bulldogs Off, Who Do You Cheer for This Week? 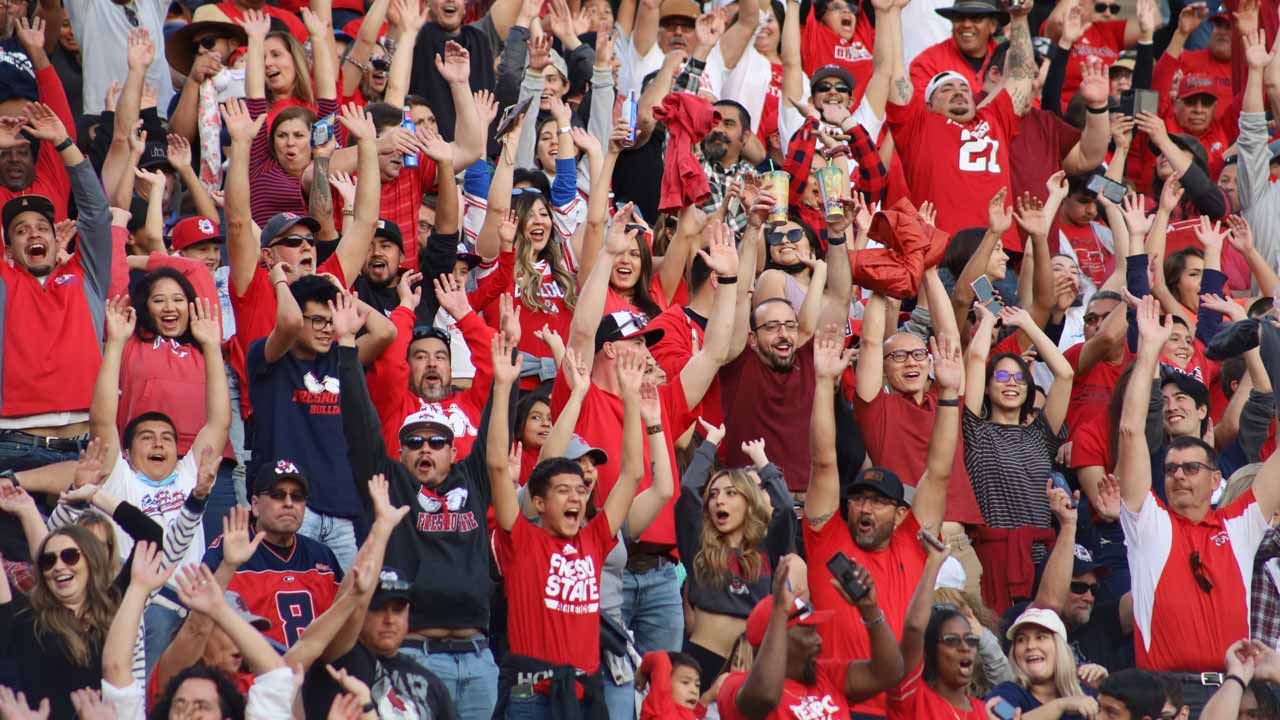 With a bye ahead of San Jose State, the Bulldogs are keeping a close eye on this week's conference games. (GV Wire/Johnny Soto)
Share with friends

Fresno State football takes the week off as it prepares for its regular-season finale Thanksgiving Day at San Jose State.

There is still a chance to win the West division and even host the Mountain West title game on Dec. 4. That requires losses for teams ahead of the Bulldogs in the standings.

By convention, the Mountain West champion would play in the inaugural Jimmy Kimmel LA Bowl, Dec. 18 at SoFi Stadium in Inglewood against a Pac-12 opponent.

But, that is not automatic. The LA Bowl — operated by the same folks that run SoFi Stadium  — has the first selection and is not obligated to take the champion. They are mum on the subject.

Would the LA Bowl be daring and take Fresno State anyway? The motivation could be simple — ticket sales. The Bulldogs played two games in southern California this year — at UCLA and at San Diego State (in Carson). The Red Wave traveled.

Although the Fresno State ticket office did not have exact numbers, they sold out their allotments for the two road games.

Plus, with quarterback Jake Haener receiving national notice all season, that could be the attraction to forgo the champion.

A spokesman for Fresno State athletics director Terry Tumey said it is too soon to talk about bowl assignments.

Who the Red Wave Should Cheer for This Week

The Aztecs stand in the way of a Bulldogs division title. Go Rebels and star running back Charles Williams from Bullard High!

Charles Williams with a monster game for @unlvfootball.https://t.co/brc3vQADHe

If Fresno State wins the West, it needs a better conference record than the Aggies to host the title game. Go Cowboys!

Boise State would win a tiebreaker against Fresno State, but the Broncos still need help to win the Mountain division. Of course, they are the Bulldogs’ rival. Go Lobos!

This game is irrelevant to the Bulldogs, Cheer for who you want.

Here is the scenario to make such goals a reality. To win the West division:

To host the Dec. 4 title game:

Since the Bulldogs did not play Utah State or Air Force this year, the tiebreaker goes to the College Football Playoff poll, then a composite ranking of four computer polls.

If either team is ranked in next week’s CFP poll and the higher-ranked team wins, they would host. Since none of the three teams are ranked (or if teams are ranked and lose the finale), then computers will pick the winner.

An Honor for Offensive Coordinator

Offensive coordinator Ryan Grubb is a nominee for the Broyles Award, given to the top assistant coach in the country.

The Bulldogs offense ranks third in the Mountain West overall with 33.0 points per game; second with 461.5 yard per game; and also second with 328.5 passing yards per game.

Grubb is one of 59 nominees. The list will be whittled down to 15 semifinalists and five finalists. The winner will be announced Dec. 7.

This Week’s Biggest Lies on Social Media, Including One About Rittenhouse