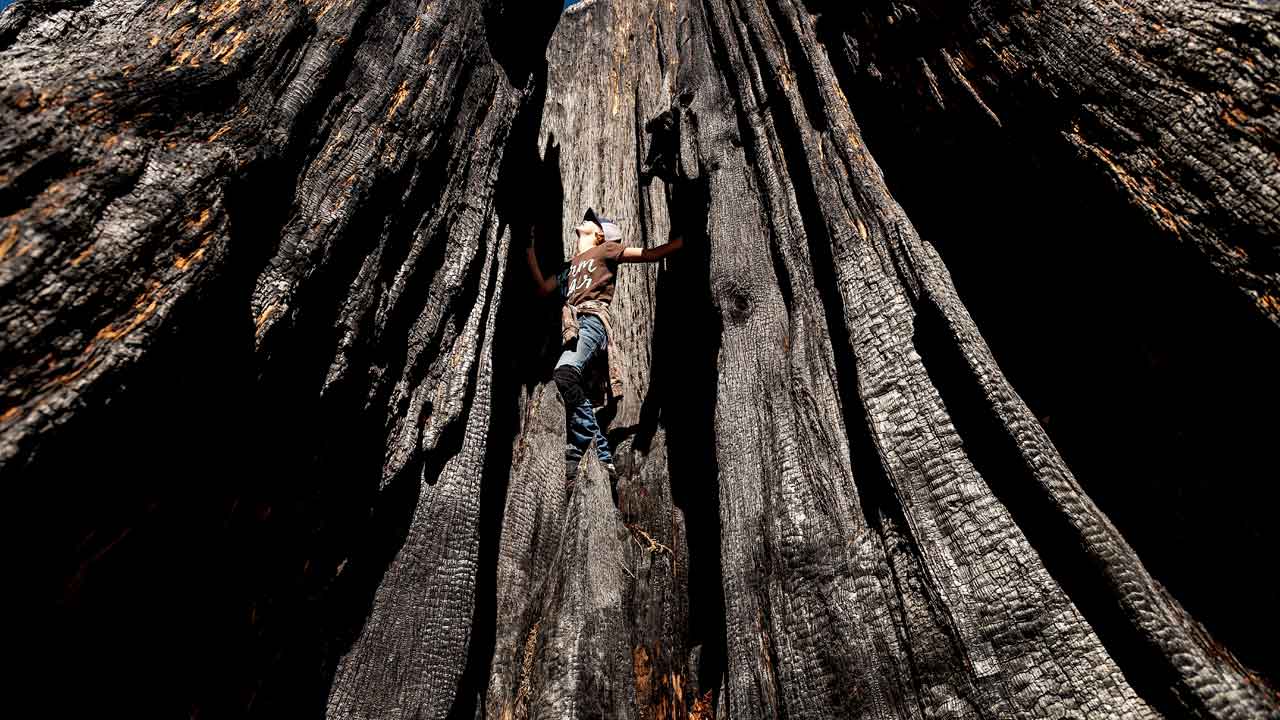 Lightning-sparked wildfires killed thousands of giant sequoias this year, adding to a staggering two-year death toll that accounts for up to nearly a fifth of Earth’s largest trees, officials said Friday.

Fires in Sequoia National Park and the surrounding national forest that also bears the trees’ name tore through more than a third of groves in California and torched an estimated 2,261 to 3,637 sequoias, which are the largest trees by volume. Fires in the same area last year killed an unprecedented 7,500 to 10,400 of the 75,000 trees that are only native in about 70 groves scattered along the western side of the Sierra Nevada range.

Intense fires that burned hot enough and high enough to kill so many giant sequoias — trees once considered nearly fire-proof — puts an exclamation point on the impact of climate change. The combination of a warming planet that has created hotter droughts and a century of fire suppression that choked forests with thick undergrowth have fueled blazes that have sounded the death knell for trees that date back to ancient civilizations.

“The sobering reality is that we have seen another huge loss within a finite population of these iconic trees that are irreplaceable in many lifetimes,” said Clay Jordan, superintendent of Sequoia and Kings Canyon National Parks. “As spectacular as these trees are we really can’t take them for granted. To ensure that they’re around for our kids and grandkids and great grandkids, some action is necessary.”

California has seen its largest fires in the past five years, with last year setting a record for most acreage burned. So far, the second-largest amount of land has burned this year.

Extraordinary Efforts to Save Trees

After last year’s Castle and SQF Complex fires took officials by surprise by wiping out so many sequoias, extraordinary measures were taken to save the largest and oldest trees this year.

The General Sherman tree — the largest living thing on earth — and other ancient trees that are the backdrop for photos that often fail to capture grandeur of the giant sequoias was wrapped in a foil blanket.

A type of fire-retardant gel, similar to that used as absorbent in baby’s diapers, was dropped on tree canopies that can exceed 200 feet in height. Sprinklers watered down trunks and flammable matter was raked away from trees.

The measures spared the Giant Forest, the premiere grove of ancient trees in the park, but the measures couldn’t be deployed everywhere.

The bulk of the Suwanee grove in the park burned in an extreme fire in the Marble Fork of the Kaweah River drainage. The Starvation Complex grove in Sequoia National Forest was largely destroyed, based on estimates of how much of it burned at high-severity.

In 2013, the park had done climate modeling that predicted extreme fires wouldn’t jeopardize sequoias for another 50 years, said Christy Brigham, chief of resource management and science at the two parks. But that was at the start of what became a punishing five-year drought that essentially broke the model.

Amid the drought in 2015, the park saw giant sequoias torched for the first time. Two fires in 2017 killed more giant sequoias, serving as a warning for what was to come.

“Then the Castle Fire happened and it was like, ‘Oh, my God,'” Brigham said. “We went from the warning sign to hair on fire. To lose 7,000 trees in one fire is crazy.”

A full mortality count from last year’s fire is still not available because crews in the forest were in the process of confirming how many trees died when lightning struck Sept. 9, igniting the Windy Fire in Sequoia National Forest and the SQF Complex in the park, Brigham said.

Not all the news from the estimates was bleak.

While fire burned into 27 groves and large numbers of trees were incinerated, a lot of low-intensity fire that sequoias need to thrive cleared out vegetation and the heat will open cones so they can spread their seeds.

Areas, however, where fire burned so hot and seeds were killed, may not be able to regenerate. For the first time, the park is considering planting seedlings to preserve the species.

“I’m not ready to give up on giant sequoias,” Brigham said.

Feds in Valley Crack Down on Fentanyl as US Overdose Deaths Eclipse 103,000