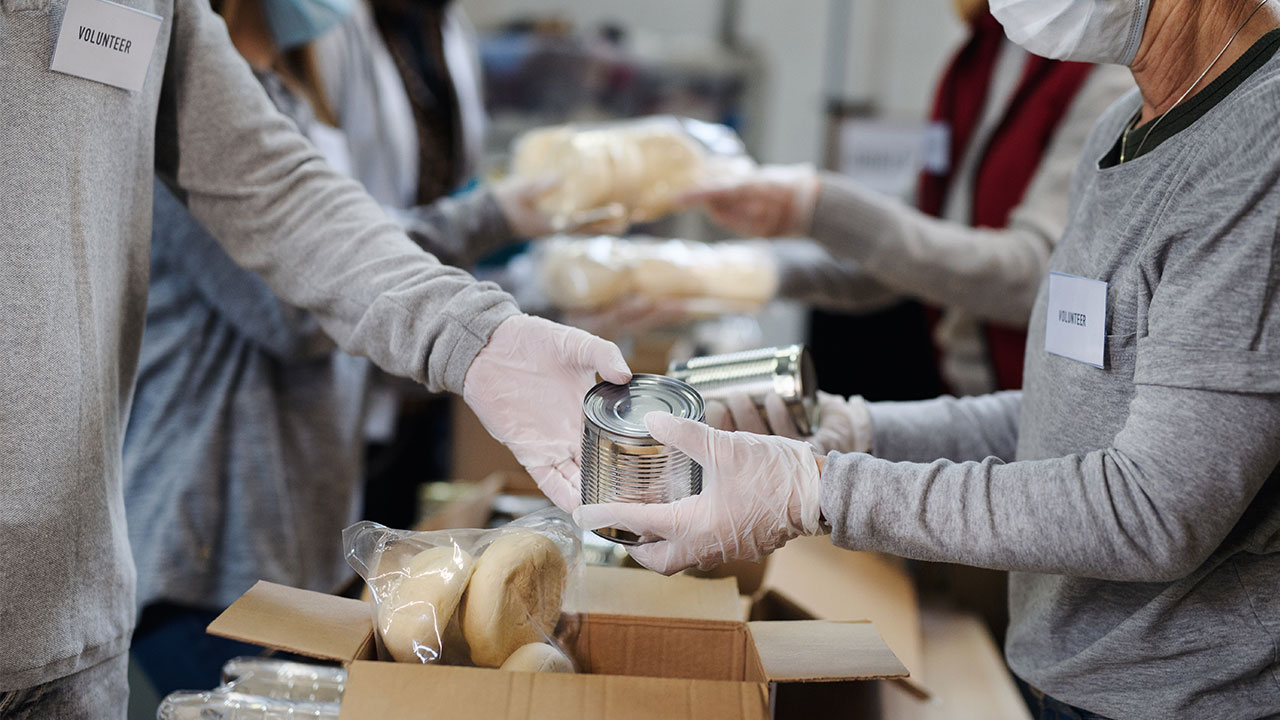 Inflation and a shortage of goods and labor are creating challenges for the Central California Food Bank. (Shutterstock)
Share with friends

A combination of food and labor shortages, coupled with inflationary prices, has increased food insecurity in the Central Valley.

However, because of the pandemic, food prices have soared, and the food bank is struggling with long wait times and a shortage of food. Meanwhile, it also is trying to combat a staffing shortage and a decrease in donations.

Kym Dildine, co-CEO of the Central California Food Bank, says the food shortage began back in May.

“We saw a lot of shortages in the products that we could receive,” said Dildine. “Typically, if we wanted to order, you know, a truckload of a commodity, it would be a two-week turnaround and we saw that those shipping times continue to get pushed back and pushed back.” 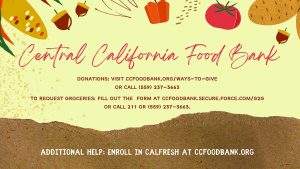 Some food items would take up to 16 weeks to arrive while other common house staples would take even longer, Dildine said.

A traditional bag of pinto beans would take up to six months, along with boxes of pasta and cans of vegetables. Now, boxes of macaroni and cheese are back to a 14-week delay.

Because of the pandemic and supply-chain disruptions, the food bank found itself losing out to big retailers.

Co-Ceo for the food bank, Natalie Caples, says the cost of food has increased by 25% to 30%.

“We weren’t seeing those cost increases initially,” said Caples. “But now, as manufacturers and processors are having a hard time getting fully stocked up and having the labor force that they need, costs are starting to go up.”

As seen throughout this entire pandemic, and what any beginning economics class tells you, when supply is short and demand is high, prices go up.

“So the shipping delays had gone back down to normal for like three to four months,” said Dildine. “Now we’re seeing that those are becoming extended as well as very large inflationary prices.” 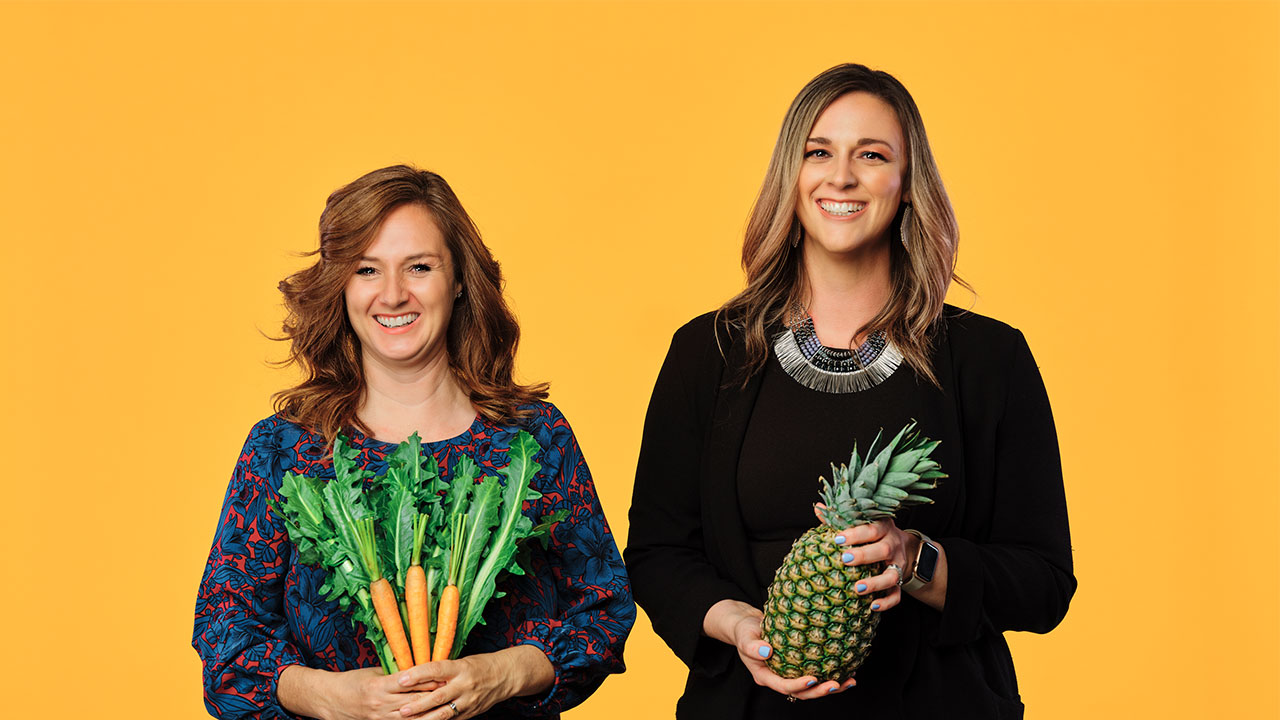 Co-Ceo’s Natalie Caples, and Kym Dildine have been proactive in making sure there is enough food for the holidays despite challenges with food shortages and soaring prices. (Central California Food Bank)

U.S. Inflation Is Highest in 30 Years

According to data from the U.S. Bureau of Labor Statistics, over the last 12 months, consumer prices have soared by 6.2%.

Prices for cereals and bakery products rose 2.7%, fruits and vegetables 3.0%, and nonalcoholic beverages and beverage materials rose up to 3.7%.

The end of September saw a Consumer Price Index increase of 5.4% for all urban consumers.

Over that period, prices for food at home increased 4.5 %, driven by a 10.5% increase in prices for meats, poultry, fish, and eggs, according to government data.

To make matters worse, labor shortages impacted the food bank’s operations and donations of fresh produce slipped because of the drought.

Caples says access to fruits and vegetables in the Central Valley was never a challenge until now.

“Even though we were buying by the truckload, we couldn’t compete with national retailers. One truckload doesn’t compete with the buying power of Costco or Safeway or Walmart.” — Kym Dildine, co-CEO, Central California Food Bank

“We’re geographically positioned and we are in a really abundant region in California, if not the entire United States,” said Caples. “But over this last year, our agricultural partners are dealing with water shortages, but also additional markets that were buying up their produce.

“We’re really having to strategize internally to think about how we can continue to provide that level of service to our neighbors and that means spending money to purchase produce, which is something that we had never really had to think about in the past.”

Who Will Be The Most Impacted?

According to a report by Feeding America, prior to the pandemic, the U.S. had reached its lowest rate of food insecurity since 1999. However, those significant improvements were short-lived because of the pandemic.

In Fresno, 51% of adults and 60% of children in low-income households go hungry each year.

“So when we try to put a face to hunger, we are looking at the working poor  — individuals whose wages just can’t support them through throughout the month,” said Caples.

Of those same individuals that the food bank serves, 60% are Hispanic or Latino and predominantly women with children, says Caples.

Food Bank Ordered Ahead for Holidays

Despite the challenges, Dildine and Caples say they foresaw the challenges ahead and were proactive in making sure they purchased earlier than usual for the holidays.

“So while we took the hit financially on inflation, we will have food,” said Dildine. “We don’t want to find ourselves in a spot again where we don’t have food in the food bank or we’re really, really low.”

As the holidays approach, Dildine says they will be able to provide as many as 20,000 households with holiday-specific food.

“In many ways, we’re going to rely on the generosity of the community through the holiday season to provide donations that will help us not only feed neighbors during the holidays but into the remainder of the year,” said Dildine.

To request groceries for pick up or delivery, visit the Central California’s Food Bank website and fill out the Groceries2go form.

You can also access their Food Locator by entering your city or address to find food pantries and food distributions near you.

For additional food assistance, fill out an application to enroll in the CalFresh program by visiting their site for further assistance and information.