Stars, Stripes, and Thanks. Veterans Day Parade Returns in Fresno 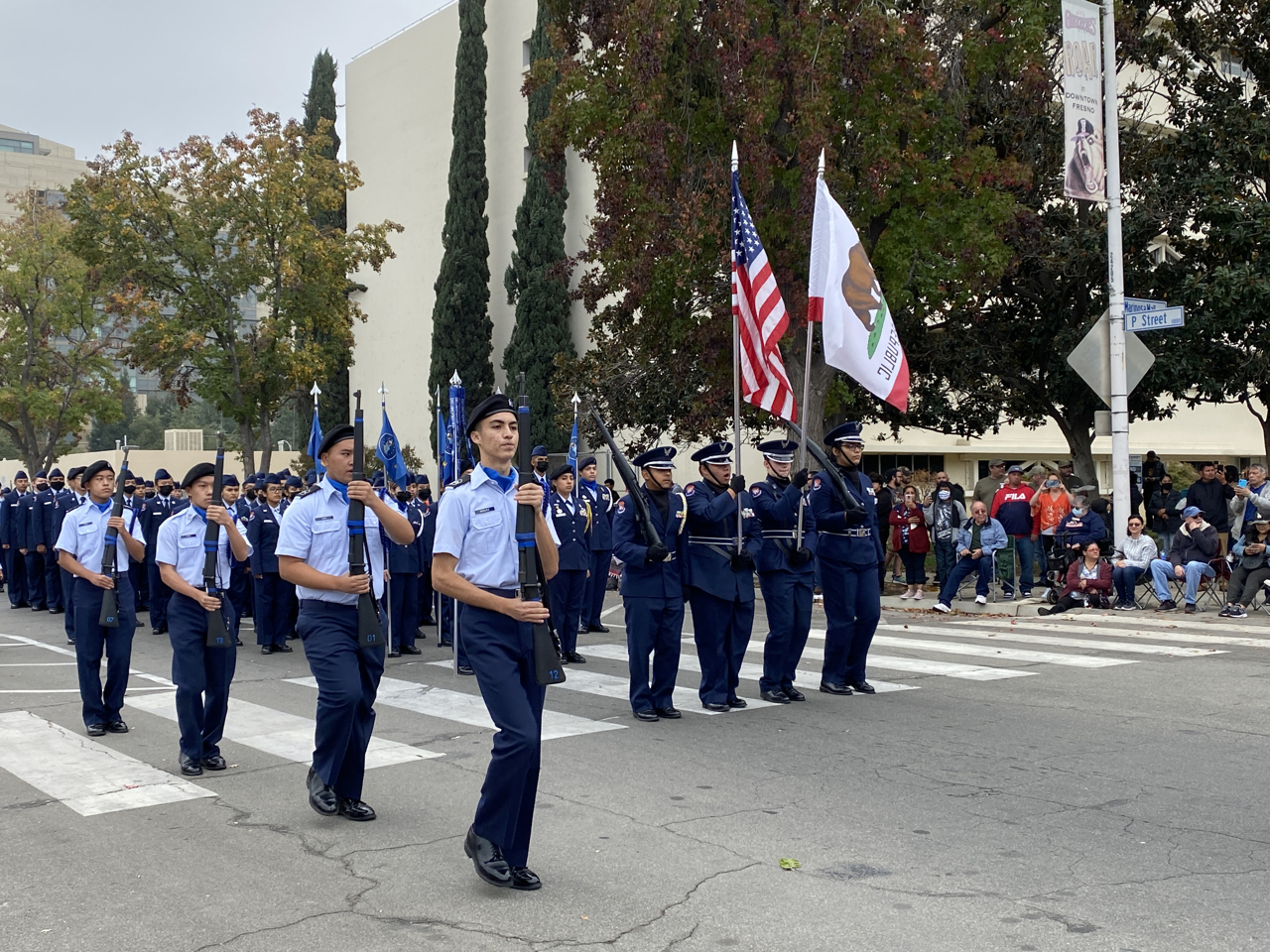 As thousands lined the streets of downtown Fresno, it was as if the Veterans Day Parade had never skipped a beat.

The pandemic forced last year’s version to be online only. On Thursday, the marching bands played patriotic music. Politicians gave grand speeches thanking those who served. And, young and old alike waved flags cheering on the military men and women who protect freedom.

The 102nd edition of the parade featured fancy cars carrying dignitaries, such as Mayor Jerry Dyer and members of the Fresno City Council; several veterans groups; and communities and businesses that wanted to show their appreciation. 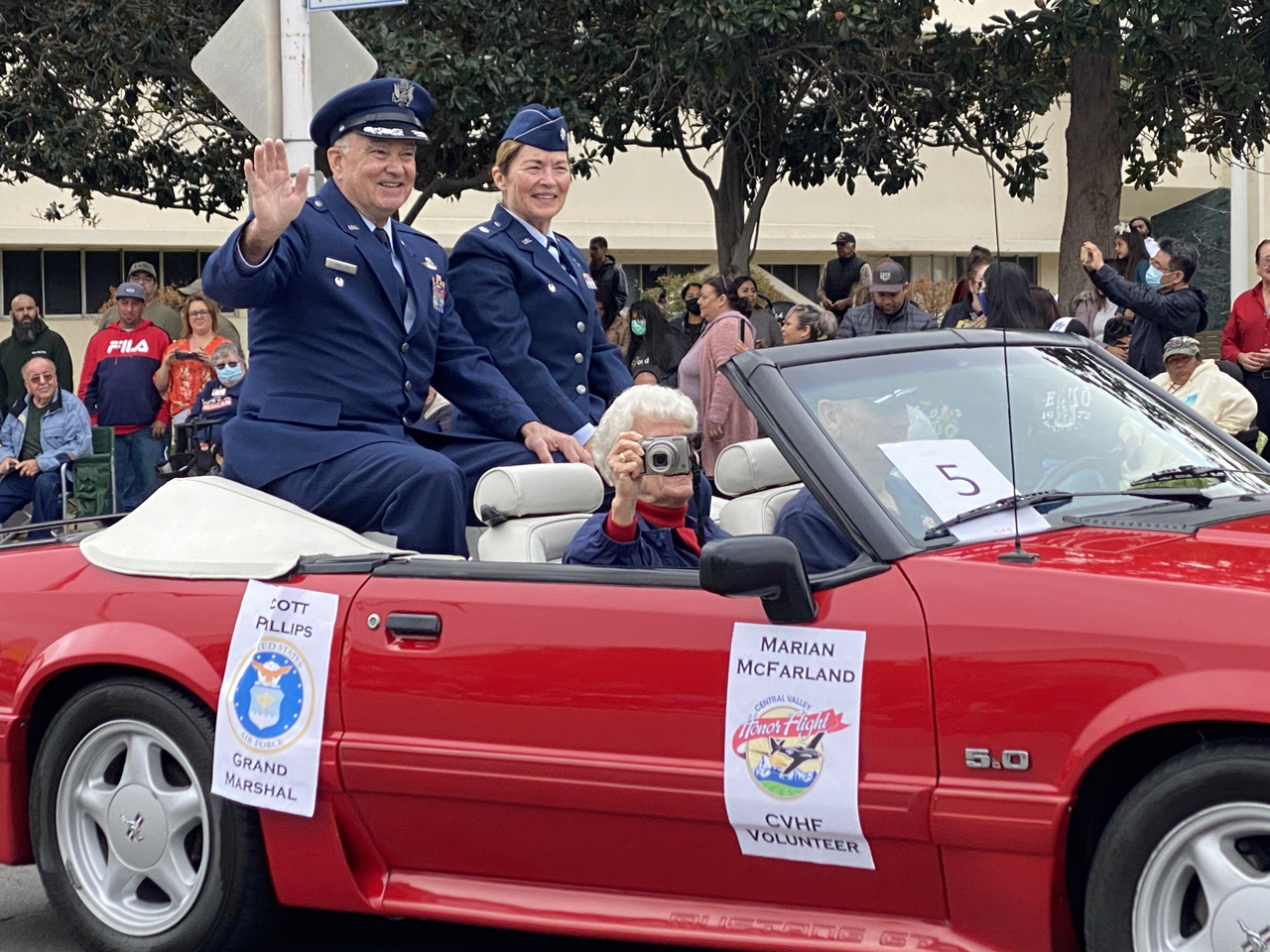 Veteran in Crowd: Glad Parade is Back

Robin Gonzales had a front row seat near City Hall. The Navy veteran — who now works in Veterans Affairs — brought her sister and niece along.

“I’m happy it is back this year because last year, the pandemic … we had to watch on TV. But to be here in person, be present, see everyone, thank everyone. It’s a great honor,” Gonzales said.

Krystle Torres, Aveline’s mom, is a teacher at Williams Elementary School. She brought several cards for the veterans, handmade by her students. 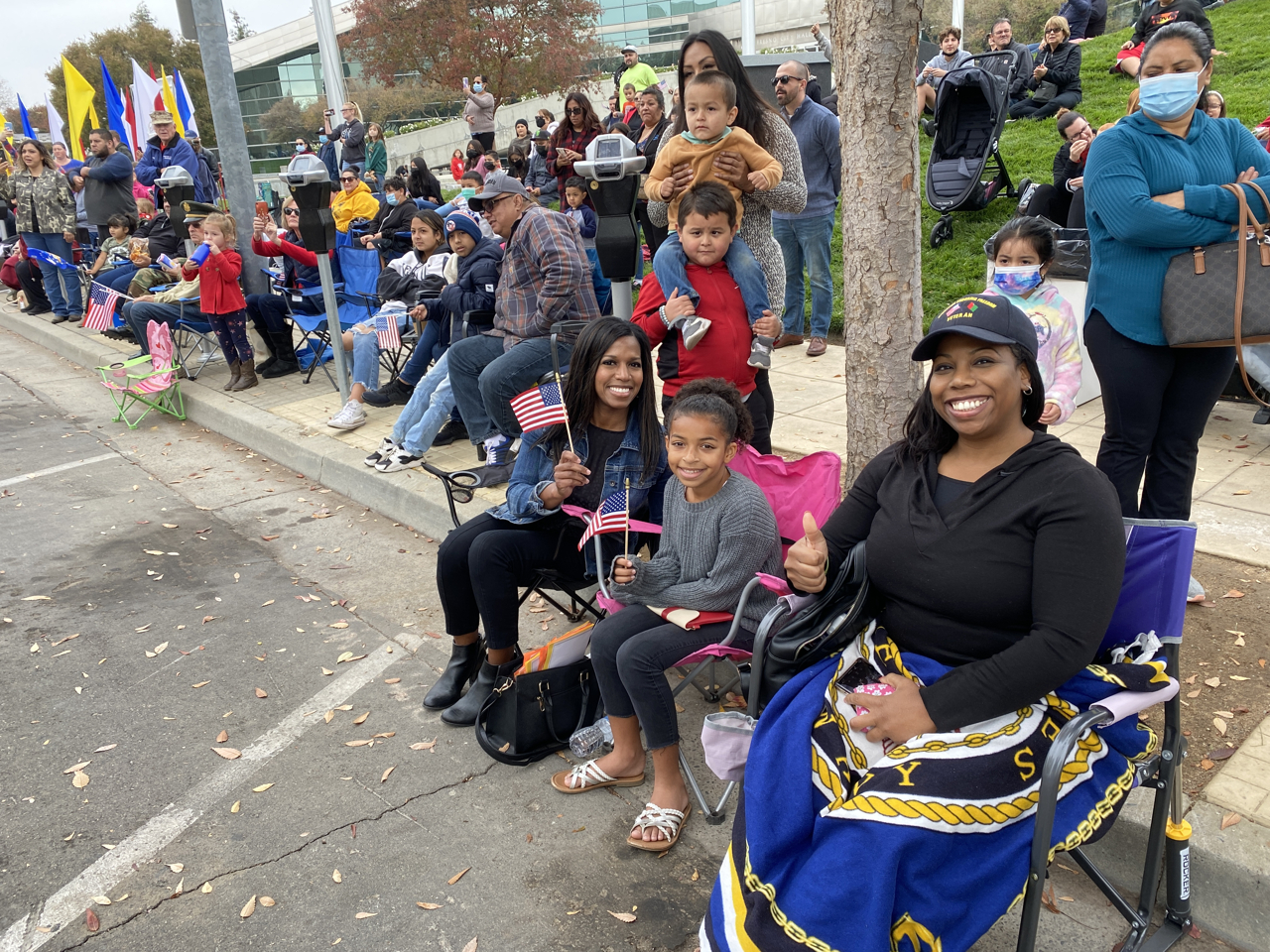 A Re-enlistment in Front of Thousands 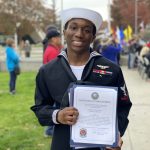 “I originally joined because of the work the Navy does and the humanitarian aid that it does in other countries.” — PO3 Austin Banks

“I really appreciate the mayor for everything he did. It was great,” Banks said.

Banks, a young man originally from Detroit, Michigan, is stationed at Naval Air Station Lemoore. He signed up for four more years.

“I just enjoy traveling the world, helping everybody. I originally joined because of the work the Navy does and the humanitarian aid that it does in other countries. It’s just something I want to be a part of,” Banks said. 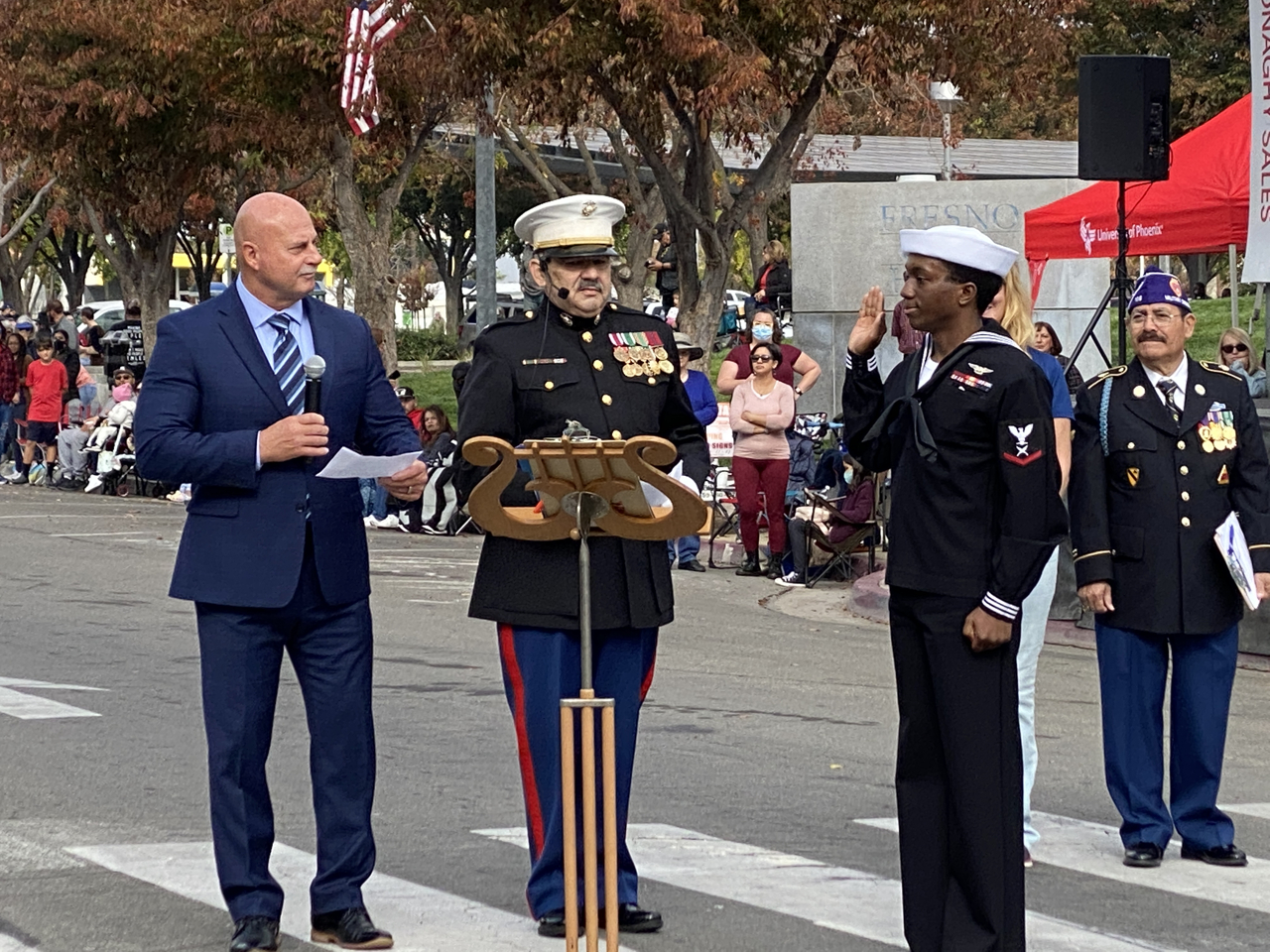