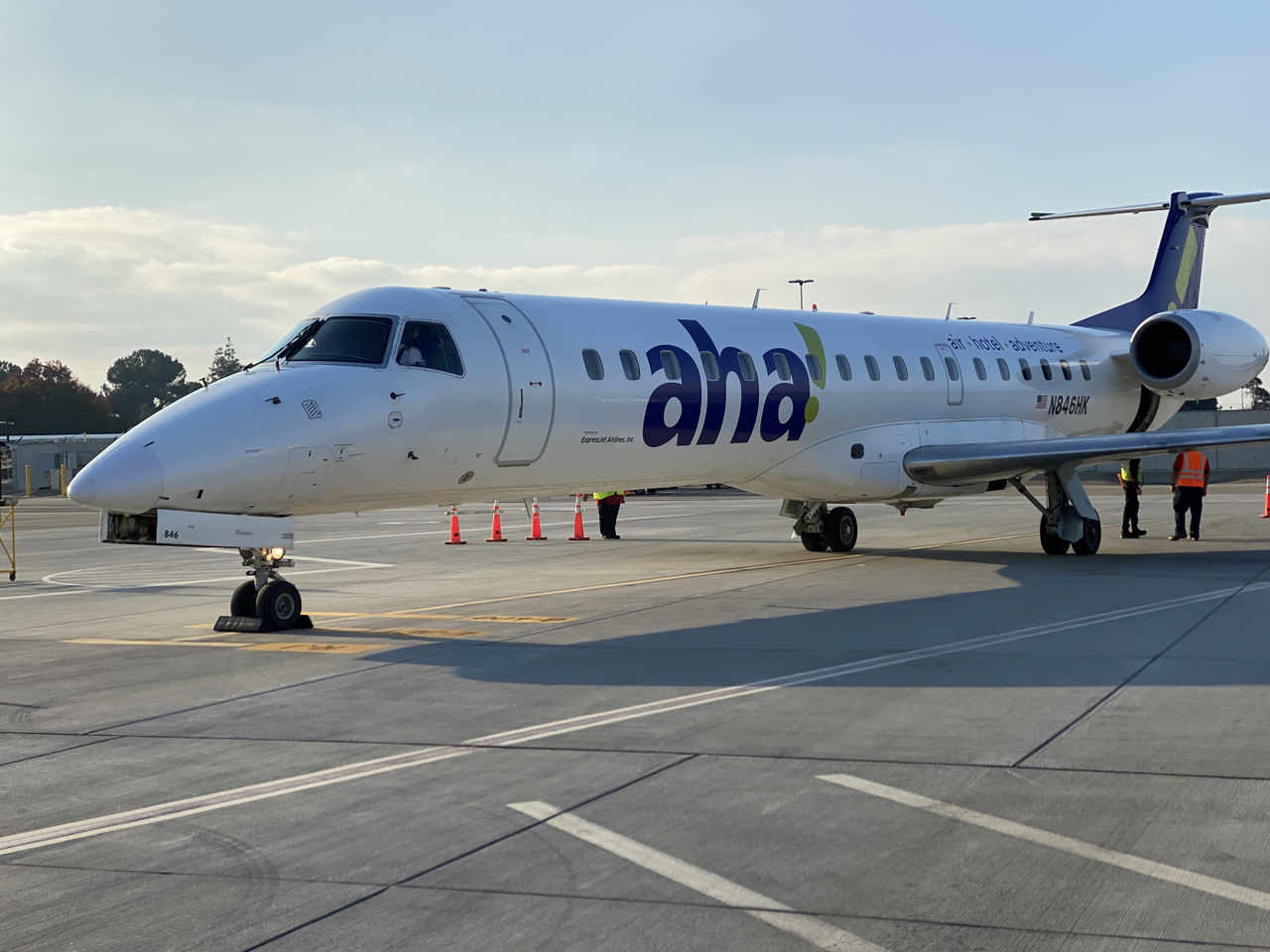 Fresno State football plays at Nevada next year. While the date has yet to be announced, fans will be able to fly there in about an hour instead of having to make a five-hour drive.

That’s because service from Fresno Yosemite International Airport to the Reno/Tahoe area started Wednesday. Operated by ExpressJet under the brand name “aha!” there will be three flights a week — Mondays, Wednesdays, and Fridays leaving Reno/Tahoe at 2:30 p.m. with a return flight at 4:15 p.m.

Mayor Jerry Dyer plans to make the trip to catch football next year.

“I will definitely be on that flight when we go to Reno to play the Wolf Pack and beat the Wolf Pack in Reno,” Dyer said with a laugh. “I would have gone today, but I have a pretty busy calendar for the rest of this week.”

Earlier this year Southwest started service at FYI with daily flights to Denver and Las Vegas. Dyer said the combination of two new air services helps the airport and the city.

“As your airport grows, so does the reputation of a city grow in a positive way. So the more direct flights, the more destinations, the more your reputation increases for the better, and the more economic opportunity you have for your city,” Dyer said.

“When people see that there are direct flights into the city of Fresno, it’s more convenient travel, they’re more likely to want to open a business here. And so that’s huge for us in terms of economic development, creation of jobs. But again, for this flight, (it is) a lot more leisure for people who want to take that direct flight to Reno,” Dyer said.

Dyer projects 1.3 million passengers at the Fresno airport this year, up from 1 million in the pre-pandemic era. A new parking garage is slated to open later this year. Next year, a new terminal building is scheduled to open.

“What we’re seeing here at the airport is nothing short of miraculous … you can see how fast we are growing,” he said.

The inaugural aha! flight from Reno arrived ahead of its 3:33 p.m. scheduled touchdown at FYI. In an “ahem” moment, the tarmac crew took a while to find the correct stairway for passengers to deplane.

Jim and April Sieben of Reno traveled to Fresno to visit family. They said it is more convenient than driving.

“I’m just glad it’s here. It saved me a lot of time today, so normally it’s a five- or six-hour flight, with stops in Frisco and L.A. So this is a good opportunity,” he said.