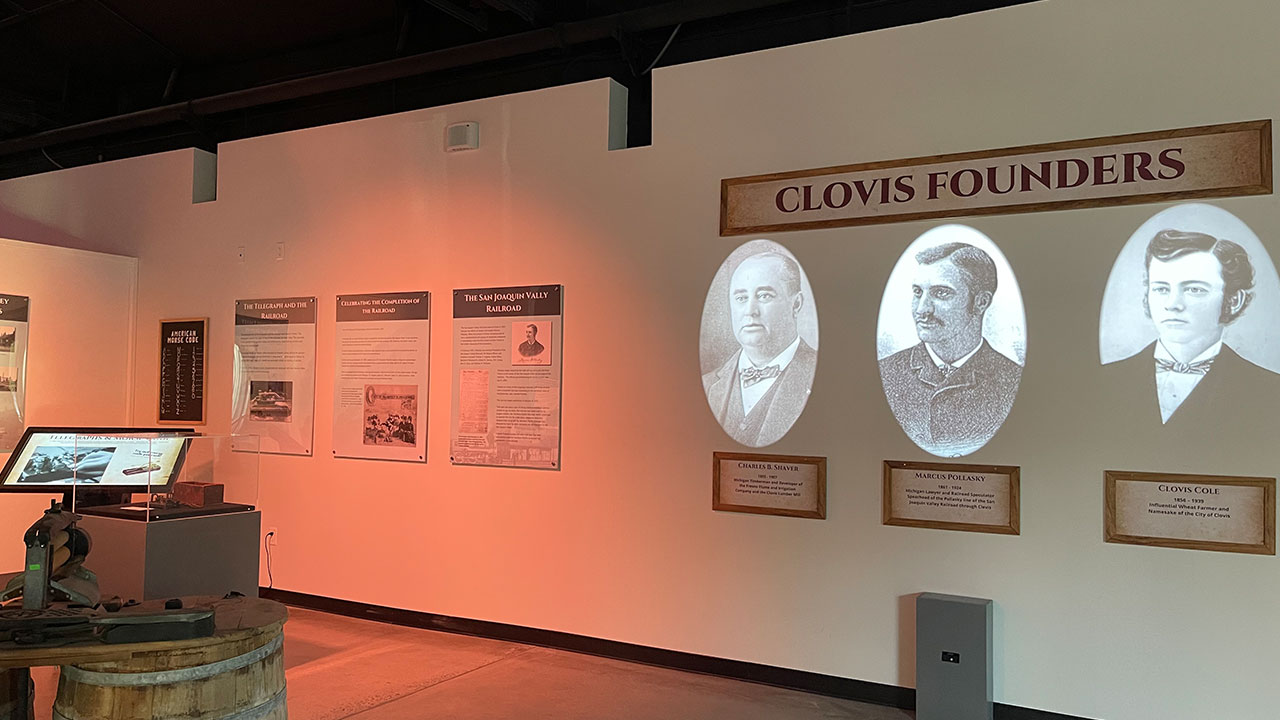 After seven years of ambitious planning, the Clovis Veterans Memorial District will host the grand opening of the Community Heritage Center in Clovis starting at 9:30 a.m. Thursday in conjunction with the annual Veterans Day parade.

The facility, purchased by the Memorial District, is at the corner of Veterans Parkway and Third Street and is designed to serve the city of Clovis as a museum, a community center, and venue hall.

“It’s just a way of keeping that Clovis way of life and that Clovis spirit alive so that the next generations who come here or people who move here from other communities understand what Clovis is really all about,” said Tom Wright, chairman of the district’s board of directors. 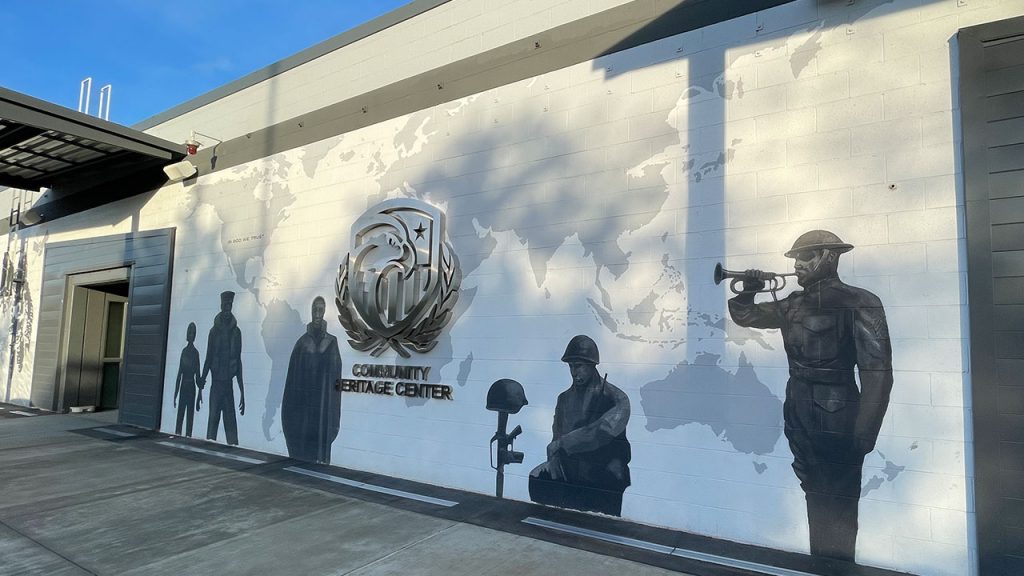 The entrance to the new Community Heritage Center in Clovis shows patriotic silhouettes and murals wrapped around the entire building. (GV Wire/Liz Juarez)

Related Story: Here’s How Veterans are Being Honored in Fresno, Clovis

What Will the Museum Provide for the Community?

The new center, located just north of the Memorial District headquarters, will offer an interactive, educational experience showcasing Clovis history with a heavy focus on recognizing the region’s and nation’s veteran community.

The building’s exterior tells the story of the conflicts the U.S. has fought in while also honoring the patriots who served. Dark silhouettes, murals, and patriotic phrases on the west, south, and east walls depict the history of American service . 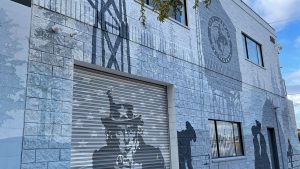 Once inside, the inaugural theme of the interactive exhibits tell the story of how Clovis was developed through enterprise and different industries, from agriculture to ranching, the railroad industry, and the timber and lumber industries.

Stories depicting early commerce and community living intertwine with exhibits that will focus on the impact the two world wars had on Clovis.

“The idea is when you come here, you’ll notice the sound,” said district CEO Lorenzo Rios. “I refer to it as an intermodal sensory experience where you can have an intergenerational conversation, and what I mean by that is whether you’re 10, 110 or 1 — there’s something that you can connect with.” 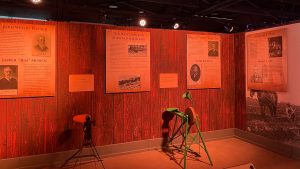 A display inside the new Community Heritage Center tells the story of the region’s early agriculture industry. (GV Wire/Liz Juarez)

Rios hopes that the stories told through immersive graphics, interactive kiosks, unique artifacts, and state-of-the-art technology will start conversations among different generations and encourage the discovery and interest in other stories showcased in museums throughout the community.

Holograms of legendary Clovis leaders Charles B. Shaver, Marcus Pollasky, and Clovis Cole are surrounded by a sea of war artifacts and local historic collections on loan from the California State Military Museum.

“It reminds you of the roots that have made our community what it is, and it’s a celebration of the past as a reminder of the responsibility of the present,” said Rios.

Wright says the facility was an ongoing project for several years after officials recognized a need for a storehouse for the community’s historical stories.

“We were talking about all the big stories that were being lost in the community as people passed away and moved on,” said Wright. “We thought somebody needs to be the catalyst for bringing that history and that story of that community up to the newcomers who come here and the people who don’t know these things.”

Long before the center was set to open, Clovis Councilman Vong Mouanoutoua introduced the idea of providing an educational curriculum that would teach the history of Clovis.

That idea has now come to fruition with the opening of the Clovis Heritage Center.

Wright said the community came together and voted to collaborate with the Clovis Unified School District Adult School. The center will offer community members the option of taking a free educational course titled Clovis 101.

Rios said students who take the history course will have the opportunity to serve as docents who can then volunteer by leading educational tours throughout the facility and educating community members about the region’s diverse history.

Other community leaders will also have the opportunity to volunteer as docents, Rios said.

The grand opening of the Community Heritage Center will feature a ribbon-cutting ceremony  starting at 9:30 a.m. Thursday before the beginning of the Veterans Day parade festivities.

For more information on the Community Heritage Center facility and its services, visit the Clovis Veterans Memorial District website, Facebook page, or call (559) 299-0471.

The new facility will be open to the public Tuesday through Saturday. There is no admission charge.