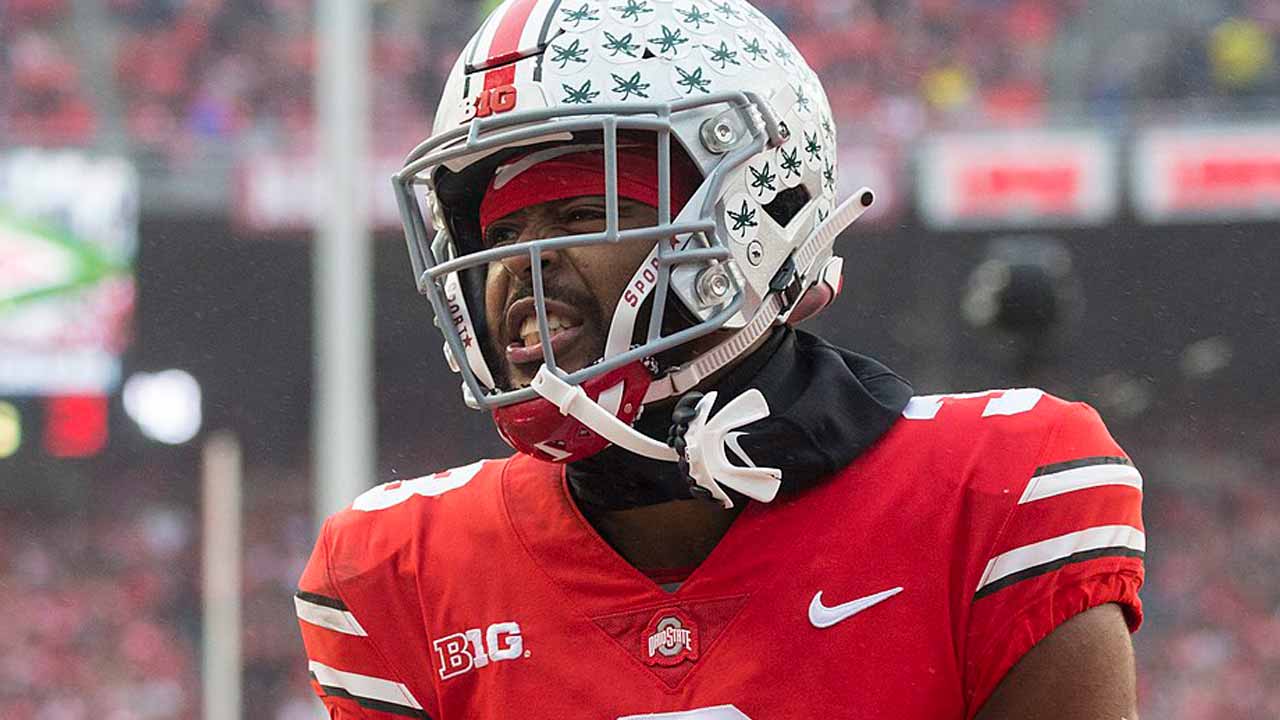 The Las Vegas Raiders waived 2020 first-round pick Damon Arnette in response to a social media post with Arnette brandishing a gun and threatening to kill someone. (Maize & Blue Nation via Flickr)
Share with friends

The Las Vegas Raiders waived 2020 first-round pick Damon Arnette and have now cut ties with both first-round picks from that draft before the midpoint of their second season.

General manager Mike Mayock called it a “painful decision” to release Arnette on Monday but said it was necessary in response to a social media post with Arnette brandishing a gun and threatening to kill someone.

“There have been a series of bad decisions over the last year or so, but we can’t stand for the video of Damon with a gun threatening to take a life,” Mayock said. “The content was unacceptable, contrary to our values and our owner Mark Davis has been very clear and very consistent that this is not how we will conduct ourselves in this community. The bottom line, the Raiders will not tolerate this type of behavior.”

Arnette was drafted 19th overall with a pick acquired in the Khalil Mack trade despite what Mayock called “significant concerns” about his character. Arnette was rated lower on most draft rankings but the Raiders believed after talking to his coaches at Ohio State that they could develop him on and off the field.

“Obviously in hindsight, we weren’t able to do it. I know a lot of people, including myself, we were all concerned about this, but at the time we thought it was an acceptable risk. Obviously, it’s painful on all levels.”

The move to cut Arnette comes less than a week after No. 12 overall pick Henry Ruggs III was released following a fatal DUI crash. Authorities said Ruggs was driving 156 mph with a blood-alcohol level twice the legal limit in Nevada. He faces multiple felonies and jail time if convicted.

Mayock defended the Raiders’ evaluation of character in the draft, saying the picks in the others years have been good character players and Arnette and Ruggs were aberrations.

“We found the risk acceptable after doing more homework on Arnette than anybody we’ve done in the years I’ve been here,” Mayock said. “Obviously, we missed. That is 100% on me.”

Arnette struggled when he played, dealing with injuries last season and then losing his starting job this year to Casey Hayward. Arnette was on injured reserve at the time of his release.

The two high-profile incidents with high draft picks raised questions about whether being in Las Vegas makes it more difficult on young players because of the temptations.

Mayock said the team does take the city into consideration when they look into acquiring players to determine how well they will fit but doesn’t believe it’s a major factor.

“We do have to be aware of Vegas. But my thing is in just about any mid- or big-sized city in the country, if you want to find trouble, you can find it,” he said.

The 2020 draft class that featured two first-round picks and three third-rounders was being counted on to be part of the foundation of a rebuilding but instead will likely go down as one of the worst in franchise history.

The two first-round picks were cut midway through their second season. The first third-rounder, Lynn Bowden Jr, was traded in a pick swap deal last summer before playing a snap for the Raiders, and another third-rounder, Tanner Muse, was cut this summer having not played a snap.

Edwards has 29 catches in 20 career games, Simpson has struggled playing in place of injured Richie Incognito and Robertson has been a healthy scratch the past two weeks after getting pulled early in a game at Denver. Robertson has started just twice in two seasons.

The Raiders did make one addition Monday, signing speedy veteran receiver DeSean Jackson. The 34-year-old Jackson was cut by the Rams last week. He had eight catches for 221 yards but will provide a needed deep threat with Ruggs gone.

The Raiders (5-3) are coming off a 23-16 loss to the New York Giants but are tied with the Chargers for first in the AFC West.

Sierras Could See Up to 20 Inches of Snow, 95 MPH Wind Gusts