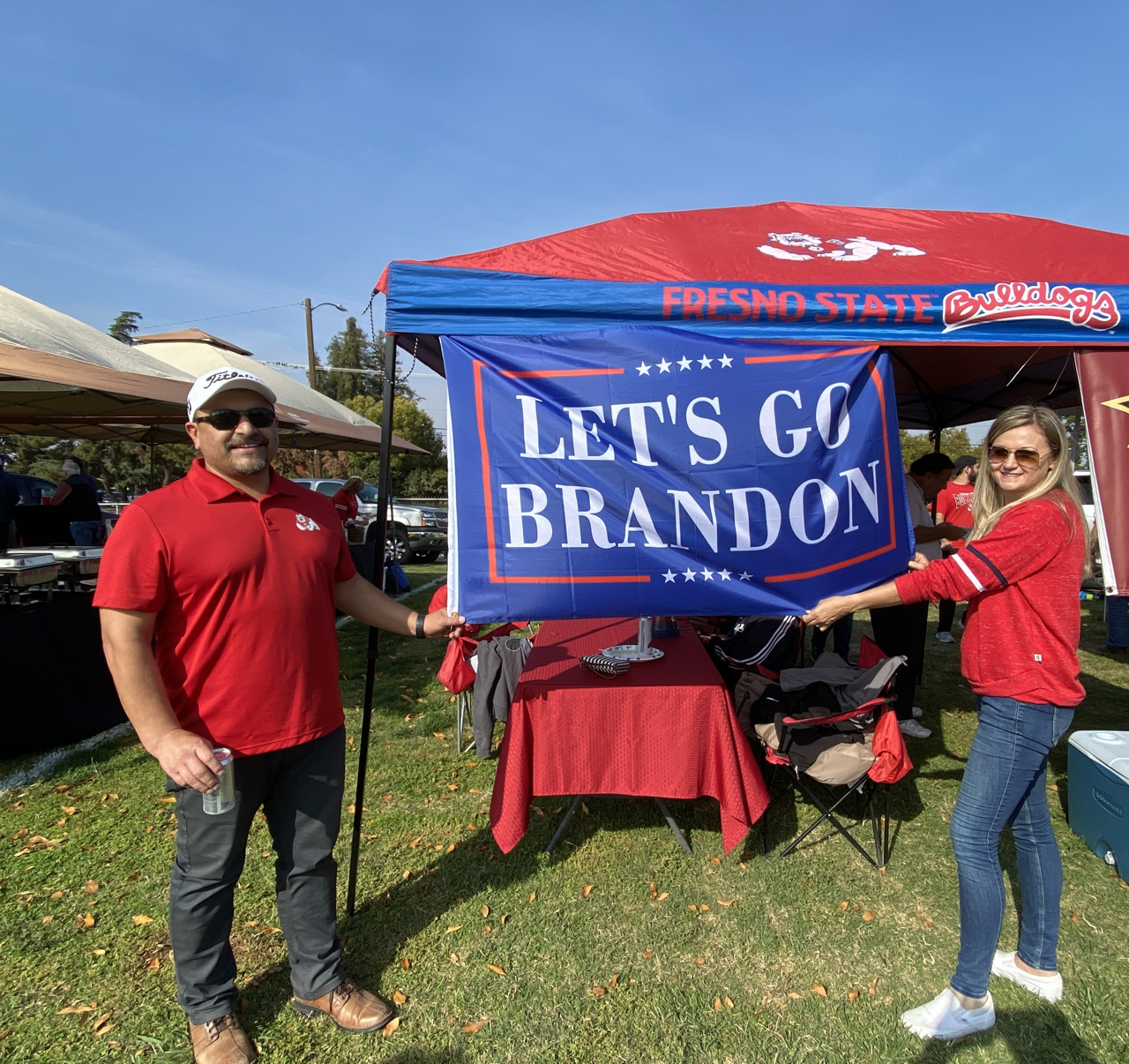 Marcelino Valdez and his wife Yuliya Valdez display a 'Let's Go Brandon' flag at their tailgate party prior to the Fresno State football matchup with Boise State on Saturday. (GV Wire/David Taub)
Share with friends

There was plenty of optimism at the Fresno State football game — before kickoff. The tailgates around the stadium were buzzing in a level of excitement not seen for years.

One of the most popular locations mixed football and politics — a “Let’s Go Brandon” flag at the party attended by Marcelino Valdez. Several Bulldog fans took pictures in front of the slogan — a euphemism expressing disdain for President Joe Biden.

Valdez, a former vice chair of the state Republican Party, set up his tailgating station with family and friends, and the special message.

“Let’s Go Brandon has become a movement. I think a lot of Fresno is very conservative, very old school, Republican-type people mentality. So with this Let’s Go Brandon movement, it’s a way, almost like a peaceful protest, against President Biden and his administration,” Valdez said.

Not all were happy about the messaging. Some tweeters were aghast that Fresno State would allow such messaging.

Voice Your Opinion on $90 Million of Measure C Funds

The governing board that determines Measure C transportation spending meets on Wednesday. Among the items to be discussed is how to spend money if and when a renewal is passed by voters.

Measure C brings in $90 million a year through a half-cent sales tax.

The current Measure C — passed by voters in 2006 for 20 years —  is set to expire in 2027. The Fresno County Transportation Association anticipates a renewal on the 2022 ballot, although that decision is not final.

The public can voice their opinion via Zoom at this link at the meeting, Wednesday starting at 1 p.m.

The Fresno police union wants to make sure no one ever forgets Officer Phia Vang.

Vang — a police veteran of nearly 30 years — died in a car wreck, killed at the hands of a drunk driver in 2019. The state Legislature voted to name the Highway 180 and Temperance Avenue interchange in his honor.

But, funds are needed to erect signs.

The Fresno Police Officers’ Association is holding a barbecue Wednesday during lunchtime at Eaton Plaza (Fresno and N streets) in downtown Fresno. Lunch is $15 a plate.

Vang was on his way home when he was struck by a wrong-way driver on Highway 180. The other driver also died. 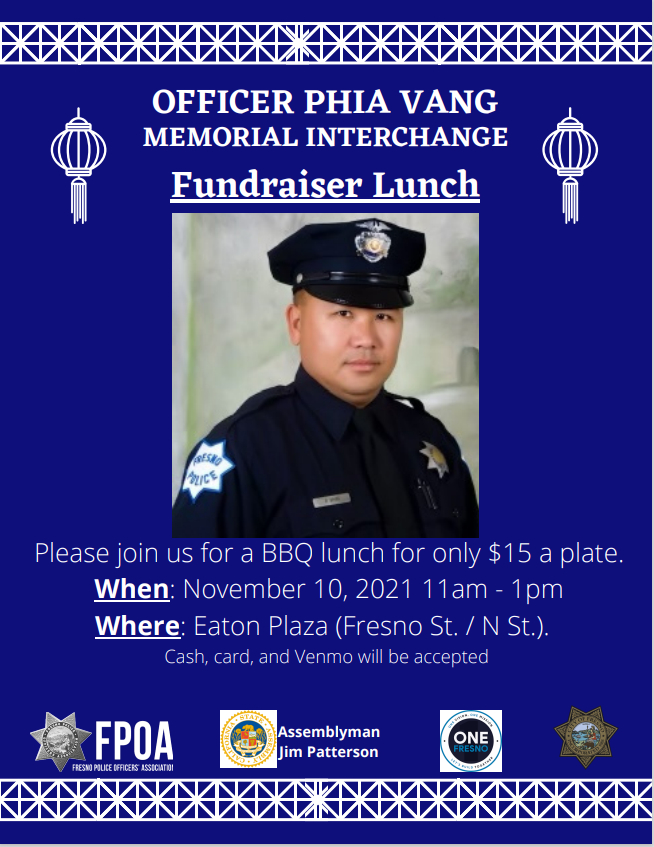 The Clovis City Council will hear a “State of the Police Department” report tonight. The department conducted a study on how to best handle workloads. The suggestion — hire 17 more officers a year.

Arkansas-based Etico Solutions performed the study for the city, using data from dispatchers, and scheduling (shifts, overtime, leave). The consultant forecasted 86 officers needed to function in the department. Clovis currently has 64 full-time officers, a deficit of 22.

The report also found inefficiencies among the current beat patrols — some are more active than others. The report recommended reorganizing the patrols, and use a 12-hour schedule.

No Jeong, No Momentum, No Win. Bulldogs Fall to Rival Boise State