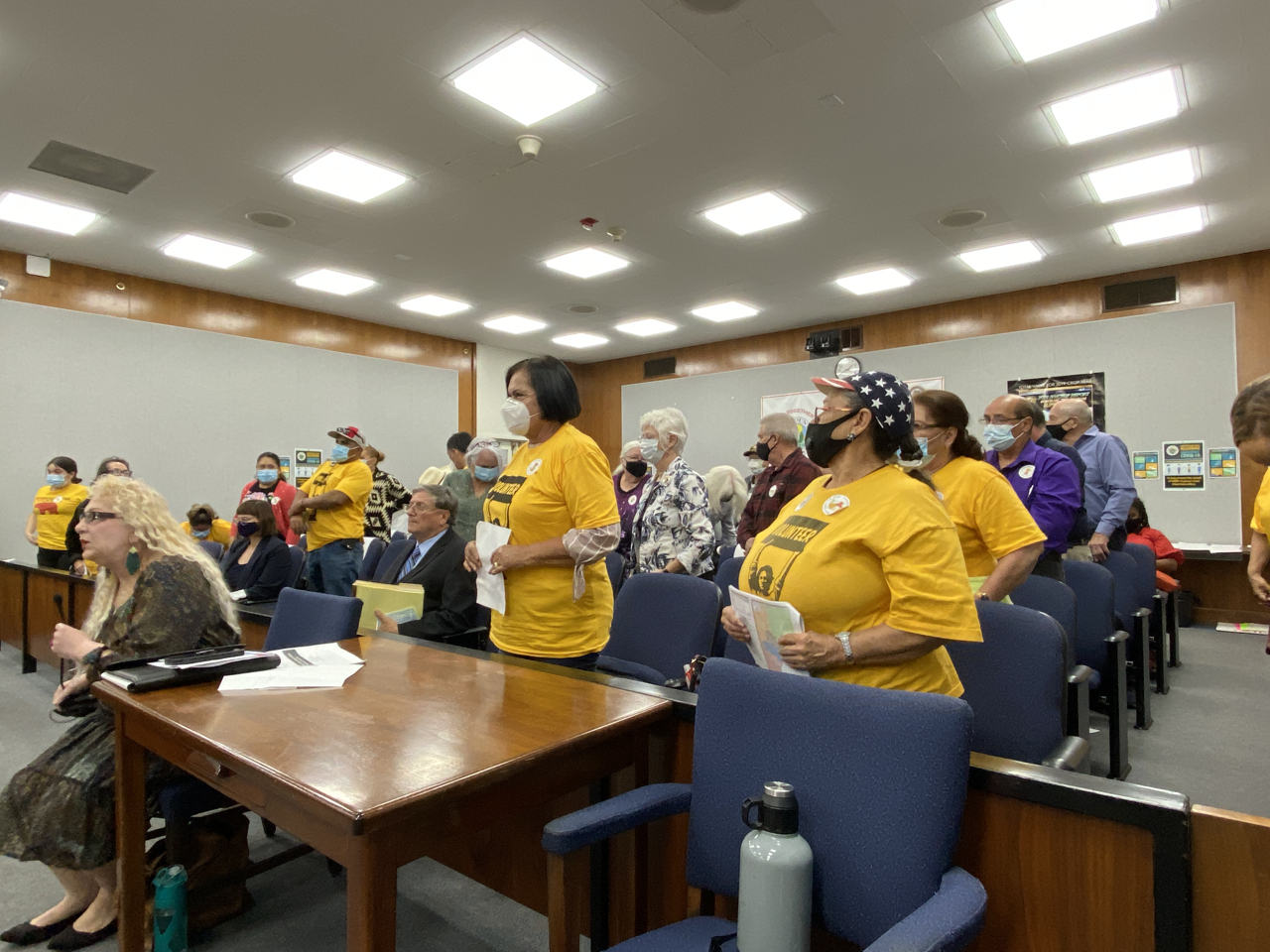 Members of the Equitable Map Coalition stand up during a Fresno County redistricting hearing on Tuesday. (GV Wire/David Taub)
Share with friends

Frowns were visible, even under masks. Supporters of a community-organized electoral map for the Fresno County Board of Supervisors left a Tuesday hearing disappointed and threatening legal action.

The supervisors did not make a final decision on the electoral lines for the next 10 years. But they whittled down the options to a map submitted by the conservative Fair Representation Coalition.

Tuesday’s meeting was more calm and civil than a redistricting meeting last month. Still, more than 40 speakers favored a rival plan from the Equitable Map Coalition.

That group, comprised of several organizations including the Dolores Huerta Foundation, argued that their map best represented the interests of Hispanic and farmworker groups.

Supervisor Buddy Mendes said the map would split up many smaller school and special districts in his rural district. And, Supervisor Steve Brandau noted that the proposal would divide Old Fig Garden.

“That’s a problem for me,” Brandau said.

The supervisors then instructed staff to write a resolution, choosing the boundaries submitted by the Fair Representation Coalition. Staff will also submit slight modifications to that map.

Getting passed over has led to multiple threats of lawsuits. In addition to the Equitable Map Coalition, a second group — the Inclusive Families Coalition — says it is considering litigation.

The group, which includes the Fresno Metro Black Chamber of Commerce and the Jakara Movement, said the supervisor maps do not present “communities of interest.”

“The maps approved by Fresno County’s advisory redistricting commission violate the second of California’s state law criteria as they do not keep local neighborhoods and COI whole. The commission received dozens of public submissions, in oral and written formats, articulating where Fresno County’s COIs live. It willfully chose to ignore that public testimony and now proposes to split our communities,” Inclusive Families Coalition said in a news release.

“The County Board of Supervisors’ actions put the County’s map in legal jeopardy, create legal exposure for the County, and undermine faith in our local democracy,” the group said.

Residents around a new Costco are concerned about the environmental impacts the retailer would bring to their northwest Fresno neighborhood.

The city of Fresno held a public meeting Tuesday night on Zoom to gauge public sentiment on the project. Eventually, the city council will vote on whether to approve the 178,223 square-foot facility.

The proposed location is near Highway 99 and the El Paseo shopping center at West Herndon Avenue and North Riverside Boulevard. The Costco would include a 32-pump gas station and an automated car wash — new for Costco in the Fresno/Clovis area.

Among the concerns cited on Tuesday: traffic, lights, idling cars at the gas station, and the fact the Costco would be near Riverside Golf Course.

One planner said that traffic is not an “impact” under CEQA, the state environmental planning law.

Comments can be submitted through Nov. 22. An email link is here. 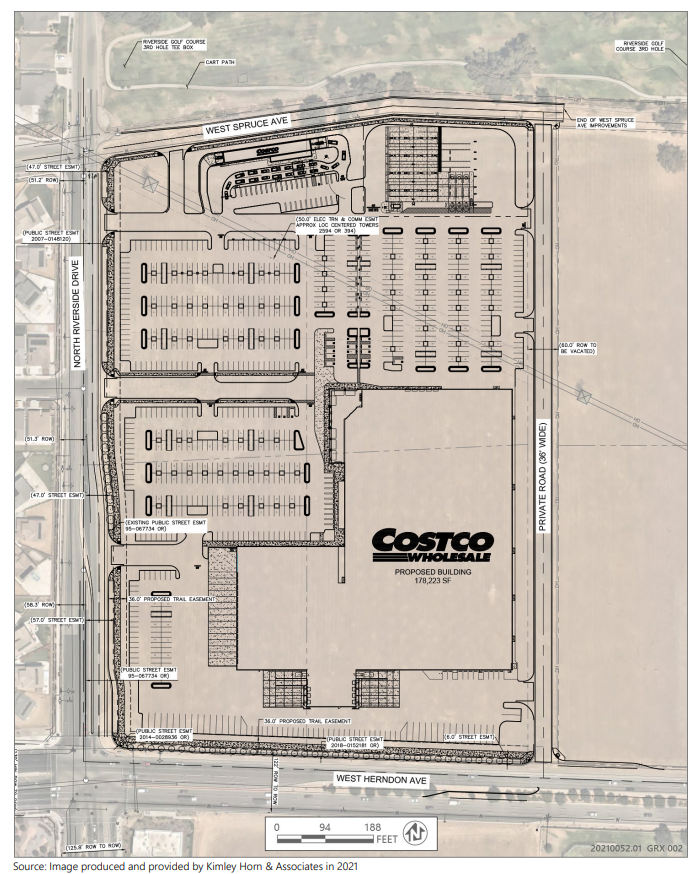 Patterson vs. Arambula, What Could Have Been

The state independent commission in charge of drawing electoral lines for Congress, the state Senate and the Assembly are updating maps weekly.

The first iteration of Assembly maps drew most of the city of Fresno as one district. That could have meant current Assemblymen Joaquin Arambula, a Democrat, and Jim Patterson, a Republican, running against each other.

But, that probably won’t happen. The next set of maps was closer to the current lines, save a neighborhood or two. That means the assemblymen are likely to run in separate races.

So Much for Public Participation

The Fresno City Council held a special meeting on Wednesday to discuss hiring a new city clerk. While most of it was in closed session, all meetings start publicly.

As part of a resolution passed in September, all members of the public are supposed to have an electronic option to participate in meetings. One version of the agenda did not include the usual Zoom link or a phone number to call in (an updated version did have this information).

That didn’t stop council president Luis Chavez from asking if anyone was online to comment — the chambers for the 8 a.m. meeting were apparently empty. No one spoke up online or in person.