Have an Opinion on Proposed West Herndon Costco? Here's Your Chance to Weigh In. 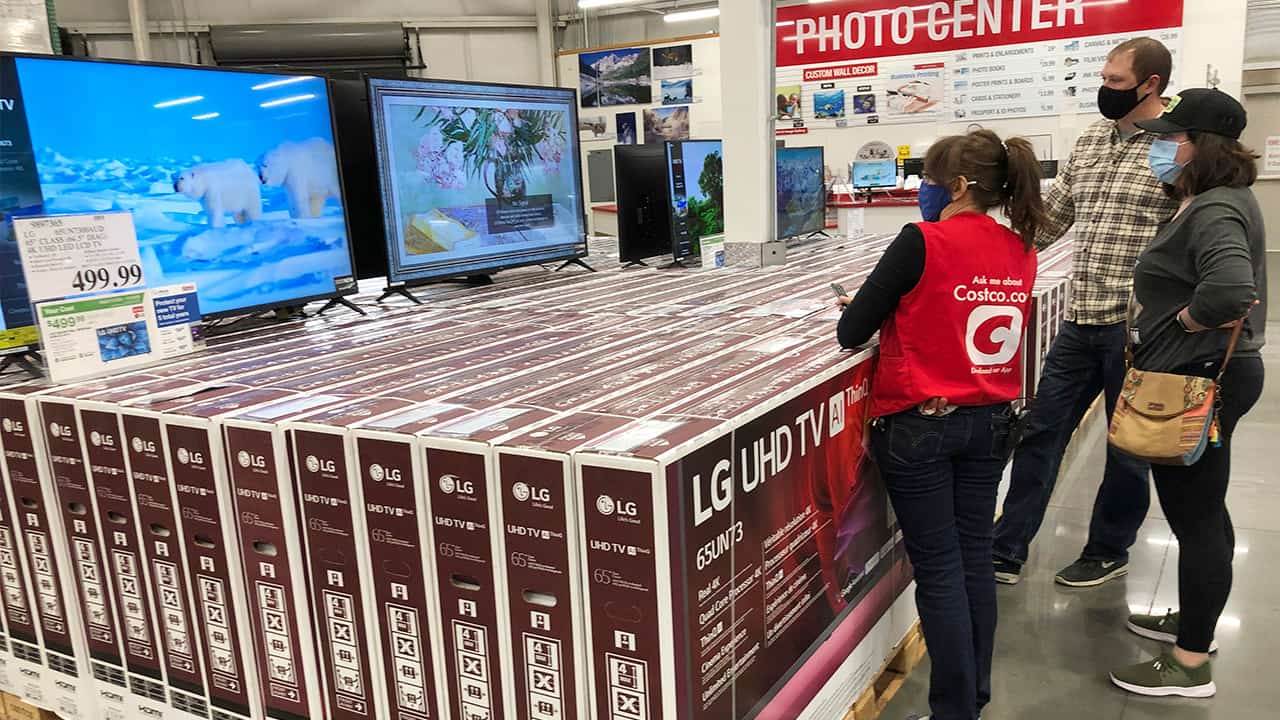 City Hall will hold a virtual meeting at 6 p.m. Tuesday about Costco's plans for a 22-acre lot on Herndon Avenue near Highway 99. (AP File)
Share with friends

Months after Costco filed paperwork to build a new facility in northwest Fresno, the public will have a chance to review the plans.

The city of Fresno will hold a virtual meeting on Tuesday at 6 p.m. to discuss the retailer’s plans on a currently vacant 22-acre lot at West Herndon Avenue and North Riverside Boulevard.

The proposed location is near Highway 99 and the El Paseo shopping center. The new 178,223 square-feet building would feature a store, along with a 32-pump gas station and an automated car wash. The car wash, which is new for Costco in the Fresno-Clovis market, would require Fresno City Council approval of a rezone and a General Plan amendment.

Other potential hurdles for the new Costco are approval of plans to reclassify Herndon Avenue at that location from an expressway to a super arterial. The change would allow Costco to build an intersection at Herndon and the Arthur Avenue right-of-way. The rationale behind the intersection is to allow traffic to enter via two north-south streets, rather than solely from North Riverside Drive.

If Costo gets the go-ahead on the proposed store, the company would shutter its store at 4500 W. Shaw Ave., according to city documents.  The Costco gas station at that location would be decommissioned, including the removal of the underground storage tanks.

Participants can link in through Zoom. 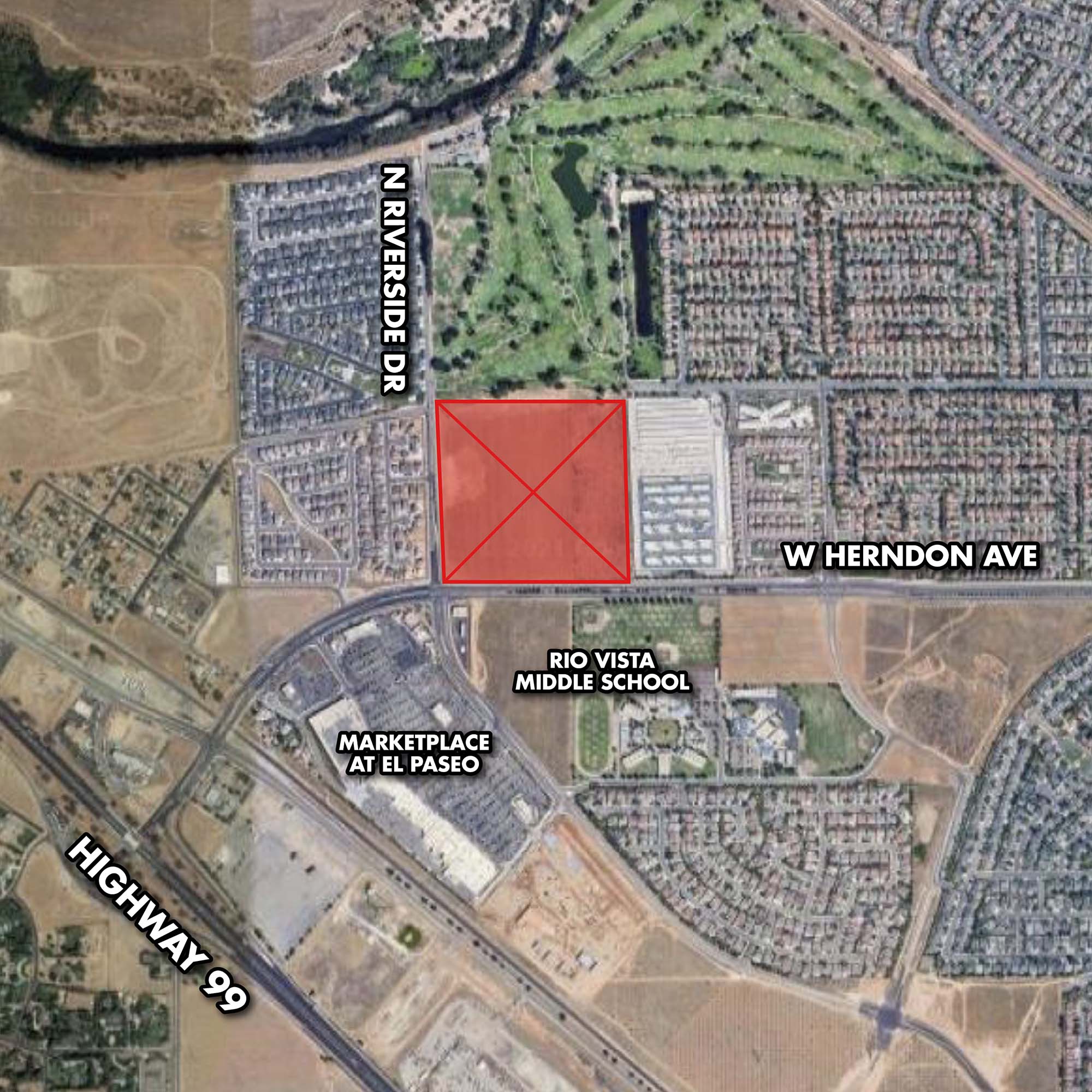 Clearing the Air on Cannabis Vote

When the Fresno City Council voted to amend the cannabis ordinance in January 2020, did it receive the four votes needed to pass, or three votes that the council minutes show?

A legal memo from the city attorney says it was four votes in favor, despite the confusion created by the official record, which noted just three affirming votes.

As reported earlier this week, during the Jan. 30, 2020, vote to amend 18 sections of the city’s cannabis code, Councilman Luis Chavez was listed as absent.

Video of the meeting shows him leaving the dais. But, city council rules still allow for a vote if the member is in the room. The video did not show whether he was in the chamber or not.

While the memo from City Attorney Douglas Sloan is not public, multiple people who have seen it tell Politics 101 that because the official document for the ordinance shows four votes, that is the city’s position.

The memo notes the discrepancy of the official ordinance document, which at times lists the official vote count as either three and four; and the minutes as recorded by then-City Clerk Yvonne Spence, which showed three votes. If there was a correction in the minutes, it was never publicly announced.

Councilman Garry Bredefeld vowed to find the definitive answer. He plans to hold a discussion on the issue at a future council meeting.

The issue could be moot. The memo notes that the one-year statute of limitations to take action has passed.

The city council fired Spence earlier this year. At a special meeting on Wednesday, Nov. 3, the council will discuss hiring a permanent city clerk. The new hire could come from outside the city.

Briana Parra is the interim city clerk. She served as an assistant clerk prior.

At Thursday’s Fresno City Council meeting, Nelson Esparza announced his intention to run for council president in January. He is currently the council vice president.

“I am declaring my intention to run for council president to preside over the Spaceship (City Hall) and lead the legislative branch of our great city,” Esparza said. He thanked city staff for helping him prepare for the assumed transition.

The council changed the rules in 2020 from a rotational system to an open vote among all candidates with at least one year’s experience as councilmembers.

Under the old system, District 6 Councilman Garry Bredefeld would be the vice president now, and in line for president in 2022. With the changes in effect for the 2021 leadership vote, Luis Chavez (District 5) won the presidency — as he would have served in the rotational system — and Esparza “jumped the line” with the majority support of his colleagues.

At #Fresno City Council, @D7Esparza Nelson Esparza announces his intention to run for council president next year. The presidency does not go on a rotational basis. He is current council vice president. pic.twitter.com/yLqZShT7O8

One of the charges for the state’s independent redistricting commission is to draw boundaries that avoid gerrymandering — the practice of unusual maps to favor or punish a political party, sitting member, or candidate.

The first set of maps released by the California Citizens Redistricting Commission has many oddities, especially for the Fresno area.

The commission is in charge of drawing congressional, state Senate and Assembly lines based on the 2020 U.S. Census. “Visualizations” of those maps were released on Wednesday. The commission is concluding three days of feedback today.

Some examples of the changes and quirks:

House Minority Leader Kevin McCarthy of Bakersfield would pick up Clovis and northeast Fresno, but also have the district expand all the way to Tuolumne County. At a hearing on Thursday, the commission said it did not want to split up Yosemite National Park. 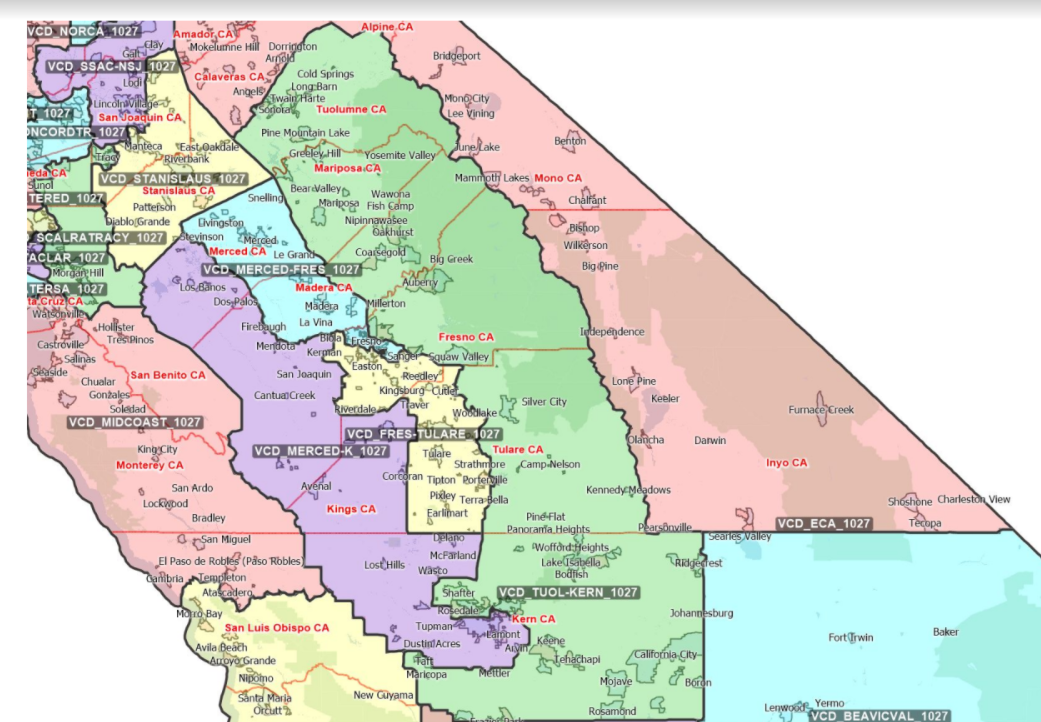 Regarding the Assembly, the commission apparently thinks neighborhoods in Fresno east of the airport have something in common with the desert city of Barstow. That would be one huge district encapsulating portions of Tulare and Kern counties as well while skirting Visalia and Tulare. The proposed district stretches east to the Nevada border. 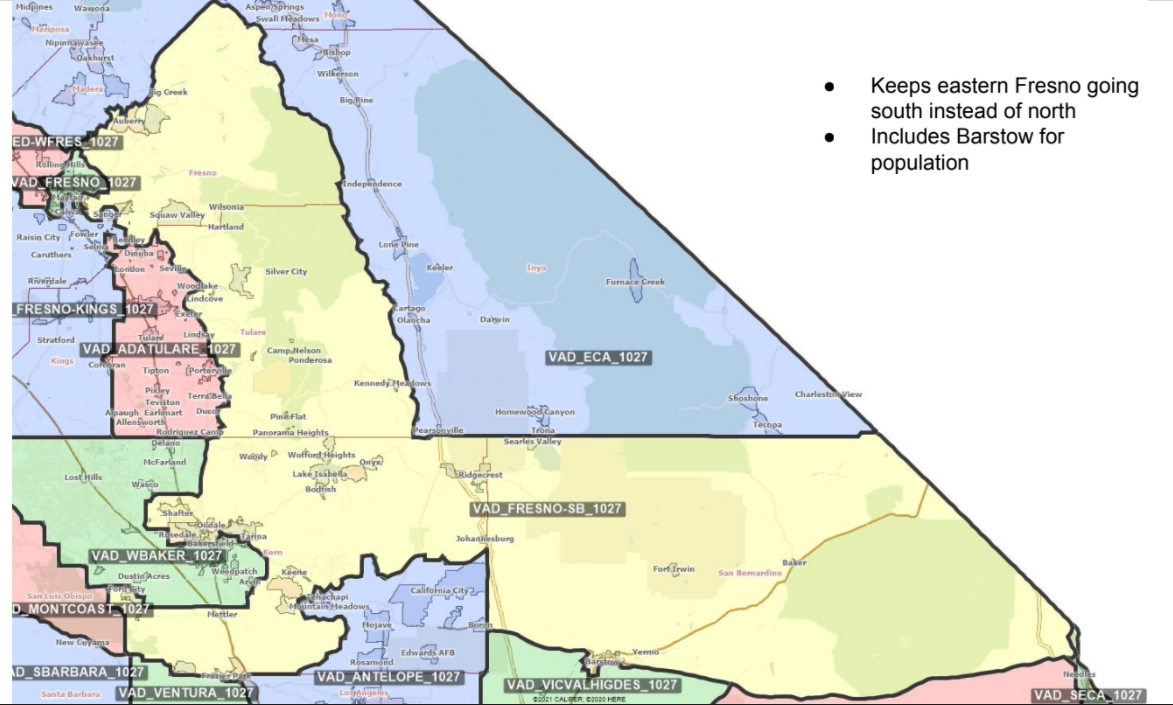 And, every time redistricting commissioners mentioned “Tulare,” they found a new way to pronounce it.

The maps are preliminary and experts expect changes before the final lines are determined by Dec. 27.

Some critics of former President Donald Trump say that doesn’t read. However, he praised Selma-based author and historian Victor Davis Hanson in an email to the media this week.

“Great new book by Victor Davis Hanson, The Dying Citizen. Nobody better at explaining the disaster of what is happening in the USA. A must read!” Trump wrote.

Trump also took a partial shot at Valley Congressman David Valadao (R-Hanford), one of 10 Republicans to vote in favor of the second impeachment, this past January.

“2 down, 8 to go!” Trump emailed upon news that Illinois Republican Adam Kinzinger will not seek re-election.