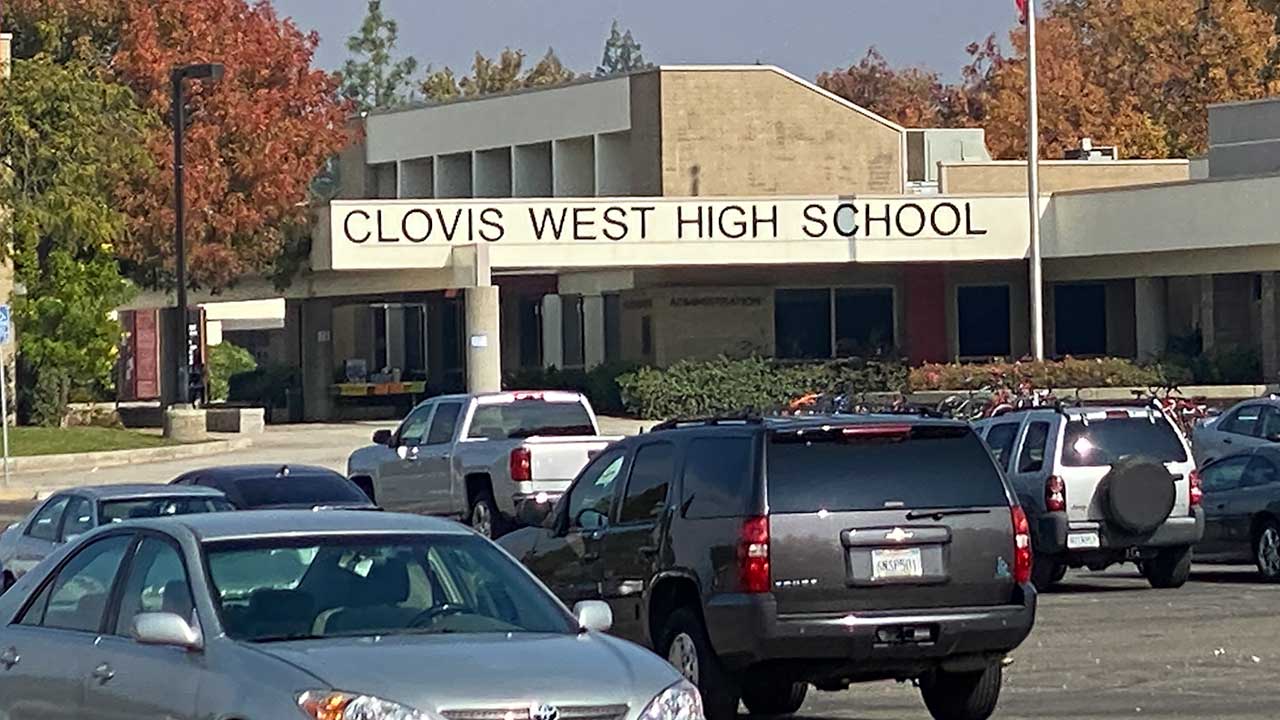 Arrests have been made in a alleged sexual assault at Clovis West High School. (GV Wire/David Taub)
Share with friends

Arrests have been made in an alleged sexual assault at Clovis West High School, law enforcement sources told GV Wire on Friday.

The Fresno Police Department conducted the investigation, as the campus is within the city of Fresno limits.

The Fresno Police Department confirmed on Friday that it forwarded the case to the case to the Fresno County District Attorney’s Office. The department didn’t make a recommendation on what charges should be filed.

“Just the investigation.  They decide, based upon the investigation, who will be charged.  All information from this point will be handled by the DA’s office,” Fresno Police Lt. Bill Dooley said.

A spokesman for the district attorney’s office had no comment.

The alleged incident took place Sept. 20, with Fresno police called to investigate on Sept. 23 when the district learned of the allegations. Clovis Unified has its own police force, which typically investigates crimes committed by students on campus.

Dooley said then that while school district police handle most incidents, Fresno police do get involved with a major crime like homicide or rape.

Dooley told GV Wire last month the initial investigation into a sexual battery and the suspect or suspects were juveniles.

Sources have told GV Wire that multiple students were involved in the alleged attack in the Clovis West boys’ locker room and the victim was sexually violated.

In addition, sources said that the attack was witnessed by several bystanders who didn’t participate in the assault. It’s also believed that there is a video of the alleged attack.