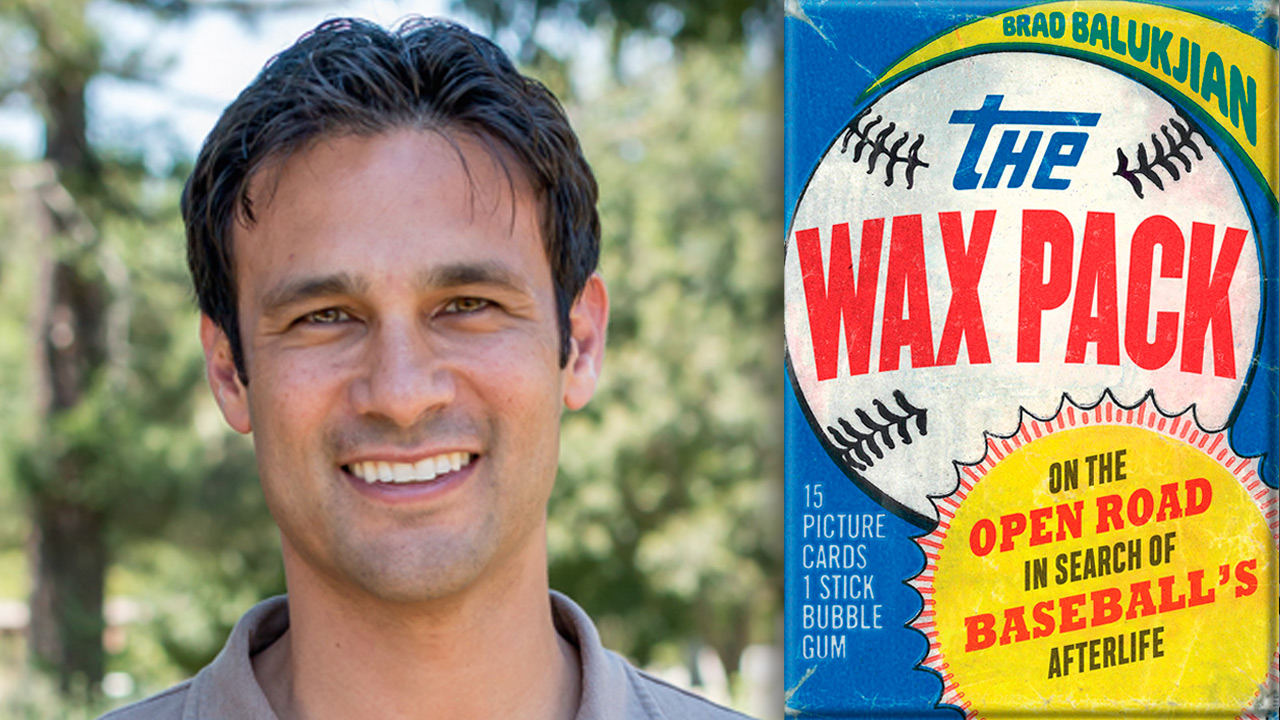 The World Series is off on Thursday, so what is a baseball fan to do with the Houston Astros and Atlanta Braves absent from the TV screen?

You might check out the Fresno County Public Library’s Zoom talk with Brad Balukjian, author of “The Wax Pack.”

The book is a Los Angeles Times best-seller, and NPR rated it one of the best books of 2020.

Balukjian’s day job is teaching natural history at Merritt College in Oakland. But during the summer of 2015, he traveled 11,341 miles through 30 states in 48 days to track down some of the big-leaguers of his youth.

Journey Begins With Opening a Pack of Cards

Which retired players did Balukjian want to connect with? He decided that by opening a pack of baseball cards from 1986, chewing the stale gum, and trying to connect with all the players in the pack. The UC Berkeley-trained scientist picked 1986 because it was the year he began collecting baseball cards.

The book’s blurb describes his pursuit:

“Actively engaging with his subjects, he took a hitting lesson from Rance Mulliniks, watched kung fu movies with Garry Templeton, and went to the zoo with Don Carman. In the process of finding all the players but one, he discovered an astonishing range of experiences and untold stories in their post-baseball lives. While crisscrossing the country, Balukjian retraced his own past, reconnecting with lost loves and coming to terms with his lifelong battle with obsessive-compulsive disorder.”

Local baseball fans might be familiar with Mulliniks. The Valley native who starred at Porterville’s Monache High School carved out a 16-year MLB career — the last 11 with the Toronto Blue Jays.

Balukjian’s talk is scheduled to begin at 7 p.m. Registration is at this link.