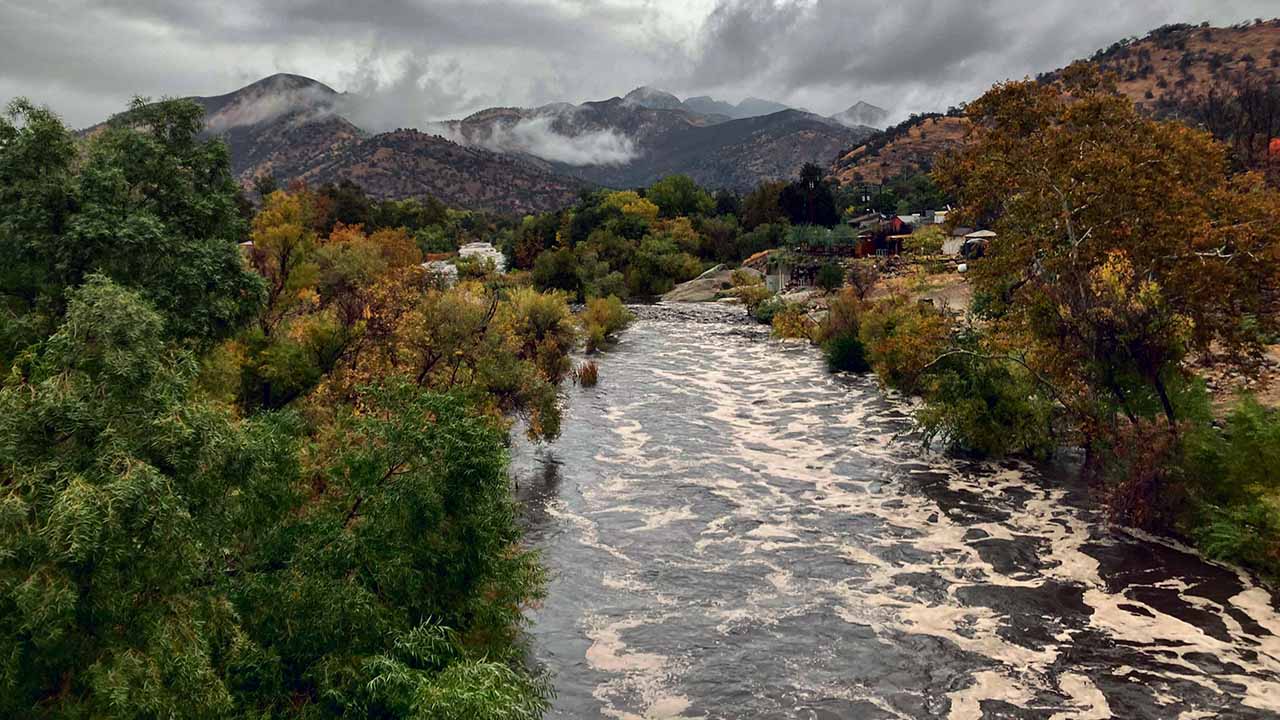 The North Fork of the Kaweah River in Three Rivers is seen swollen with frothy, black water on Monday. (AP Photo/Brian Melley)
Share with friends

The highly anticipated rainstorm set the daily record for Oct. 25 in Fresno as .86 inches fell, according to the National Weather Service in Hanford.

That beat the previous record set in 1927 by more than a half-inch.

Monday’s storm brought Fresno’s October total to 1.27 inches, which is more than three times the historic normal for the month. You might remember that Fresno received .40 of an inch on Friday, Oct. 8.

The “bomb cyclone” storm didn’t hammer the central and northern San Joaquin Valley nearly as hard as it did Northern California. But Merced received 1.57 inches, leading the way among Valley cities. Hanford got exactly 1 inch, Bakersfield .91, and Madera .51.

Today’s NWS forecast calls for sunny skies, with a high near 64, and northwest winds 5 to 10 mph in Fresno.

A Dense Fog Advisory is in effect through noon today. Dense fog down to one quarter of a mile of visibility will be possible between Lemoore down to Corcoran. Be sure to slow down in dense fog and drive with low beams on. #tulefog pic.twitter.com/AwrsAQGYLw

The weather system weakened as it moved south but still dropped enough rain Monday evening to cause mudslides that closed roads in the San Bernardino Mountains northeast of Los Angeles. In Southern California, 1.1 inches fell in Beverly Hills.

By early today, light rain and snow were still falling in northern parts of California and the lone remaining flood warning was in Sonoma County north of San Francisco, where stream levels fell slowly. 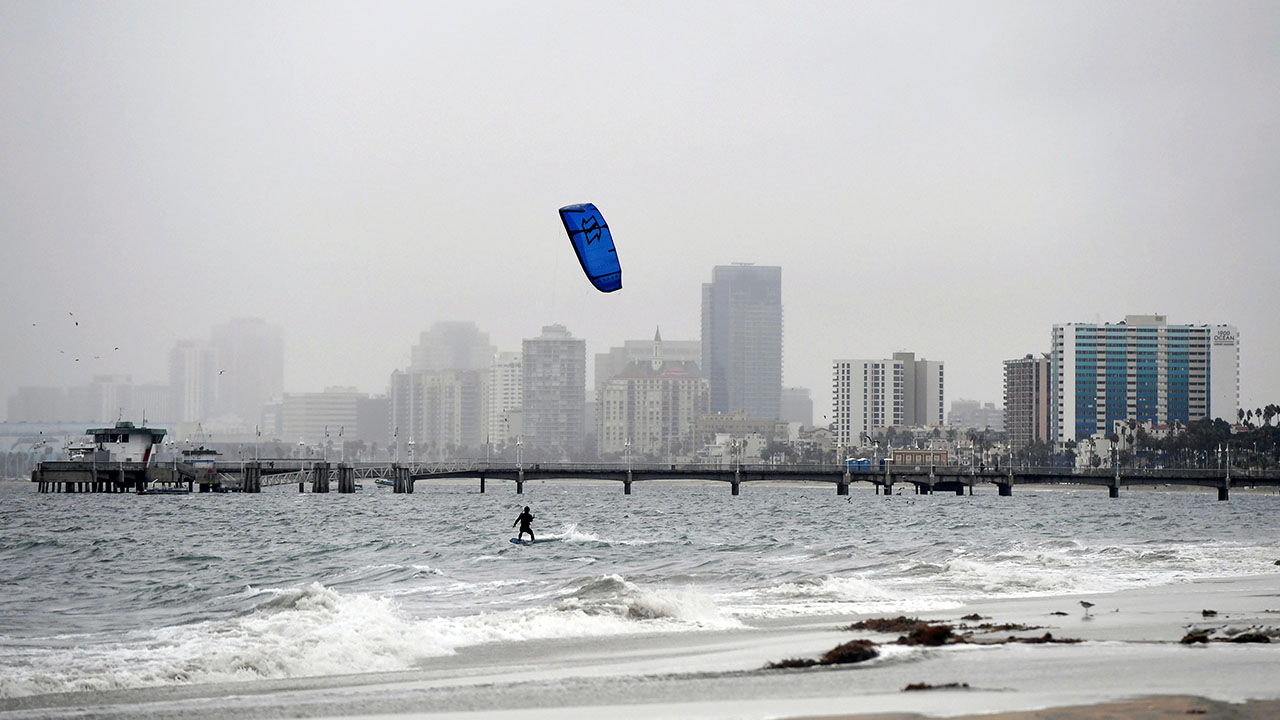 Northeast of San Francisco, 5.44 inches fell on downtown Sacramento on Monday, shattering the one-day record for rainfall that had stood since 1880.

Along the state’s central coast, nearly 5.4 inches of rain was recorded at Cal Poly in San Luis Obispo.

Water levels at Lake Oroville rose 20 feet over the past week, according to the state’s Department of Water Resource. Most of the increase came between Saturday and Monday during the height of the storm, KHSL-TV reported.

Christy Brigham, chief of resource management and science at Sequoia and Kings Canyon National Parks, said the rain was a big relief after the KNP Complex fire torched an unknown number of the giant trees in the park, along with thousands of pines and cedars.

“This amount of rainfall is what we call a season-ending event,” Brigham said. “It should end fire season, and it should end our need — to a large degree — to fight this fire.”

Drought Continues as Dry Weather Is Ahead

Despite the rain, weather experts say that California’s drought is far from over.

“To end different aspects of the drought, you are going to need a situation where parts of California get precipitation over the next three months that’s about 200% of normal,” said Justin Mankin, a geography professor at Dartmouth College and co-lead of the Drought Task Force at the National Oceanic and Atmospheric Administration.

“Despite this really, really insane rainfall, the winter is probably going to be drier than average.” 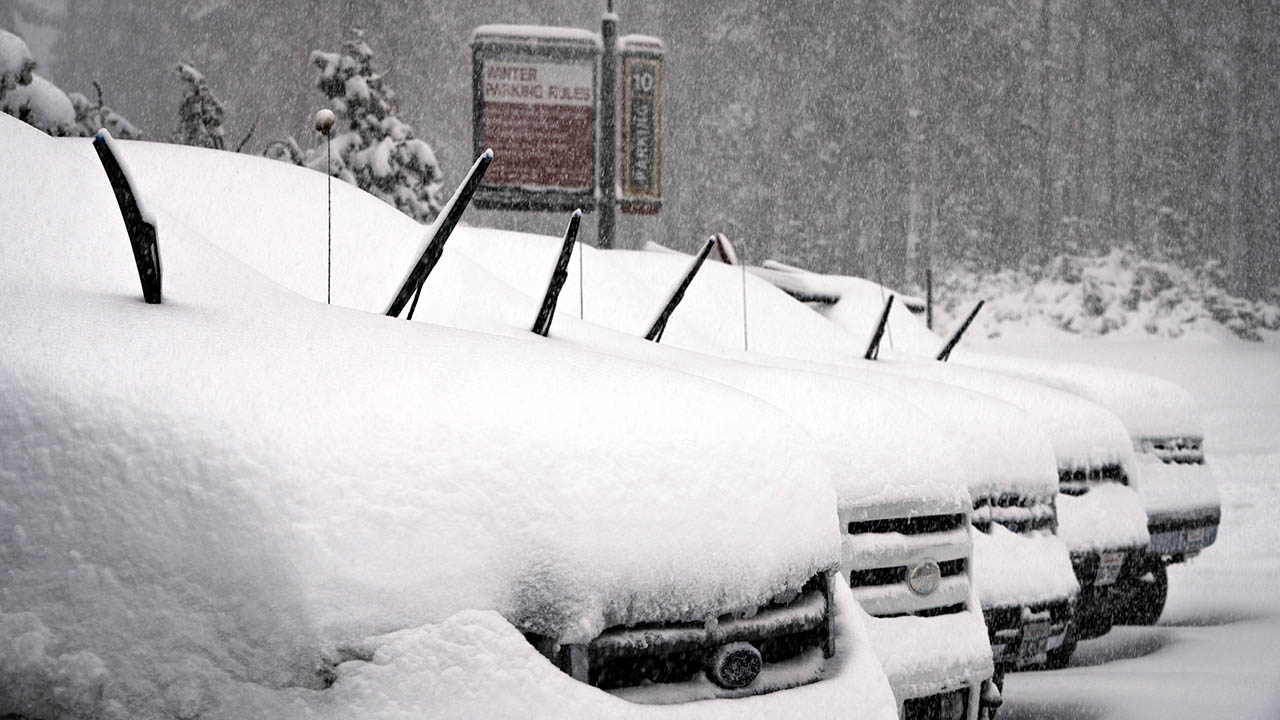