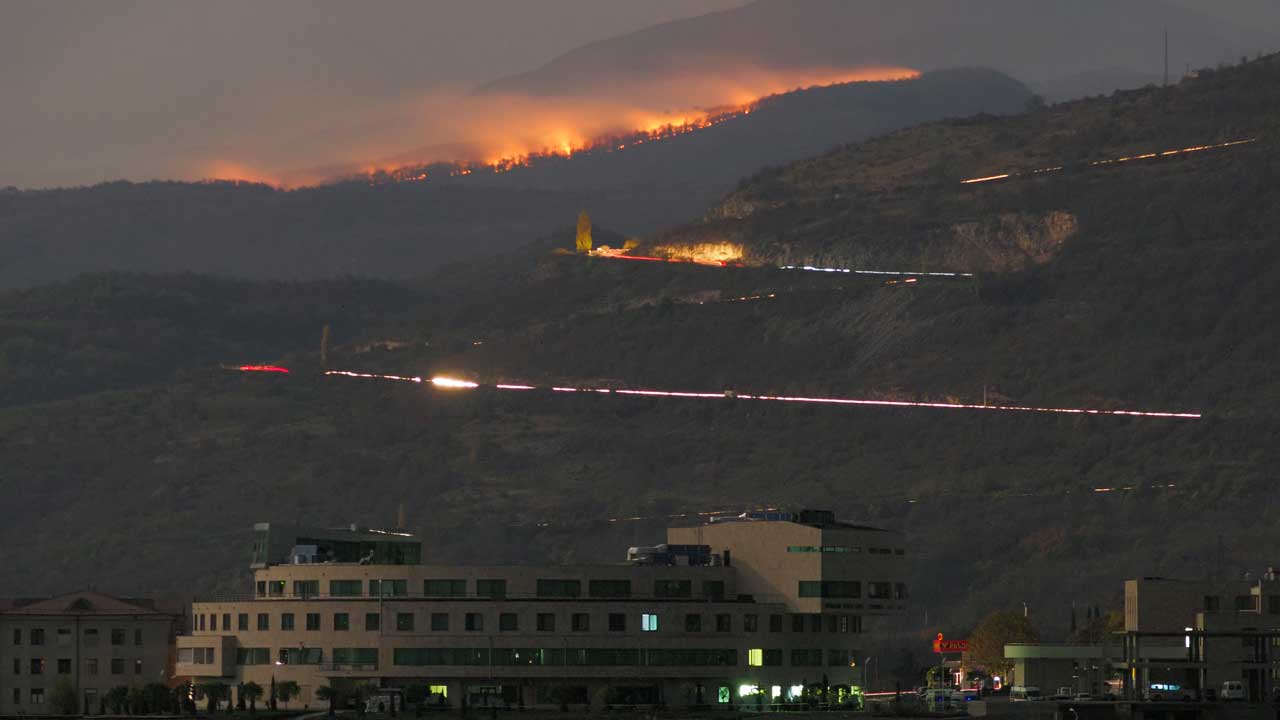 A forest burns in the mountains after shelling by Azerbaijan's artillery in the separatist region of Nagorno-Karabakh last year. (AP File)
Share with friends

Israel was one of the first countries to recognize Azerbaijan following the collapse of the Soviet Union in 1991.

That support, which includes substantial military aid such as Stinger missiles and Harop drones, hasn’t wavered. Not even when Azerbaijan engaged in two wars with Armenia over disputed territory in Nagorno-Karabakh.

GV Wire asked retired Israeli Ambassador Yoram Ettinger in a recent interview why his country didn’t instead support Armenia, whose citizens — like those in Israel — have been the victims of genocide. Israel, of course, has never officially recognized the Armenian Genocide.

Watch: Why Does Israel Stand With Azerbaijan, not Armenia?

The Wars in Nagorno-Karabakh

Nagorno-Karabakh is within Azerbaijan but had been under the control of ethnic Armenian forces backed by Armenia since the end of a separatist war in 1994. Armenia, which also formed after the break-up of the Soviet Union, is 99% Christian.

A second war was waged by Azerbaijan and Armenia there last year that resulted in more than 6,500 deaths. That conflict ended when Armenian Prime Minister Nikol Pashinyan signed a Russia-brokered cease-fire agreement that granted Azerbaijan control over parts of Nagorno-Karabakh as well as adjacent territories occupied by Armenians.

For an in-depth analysis of the relationships involving Israel, Armenia, Azerbaijan, Iran, Turkey, and Russia, read this piece by Daniel Edelstein.