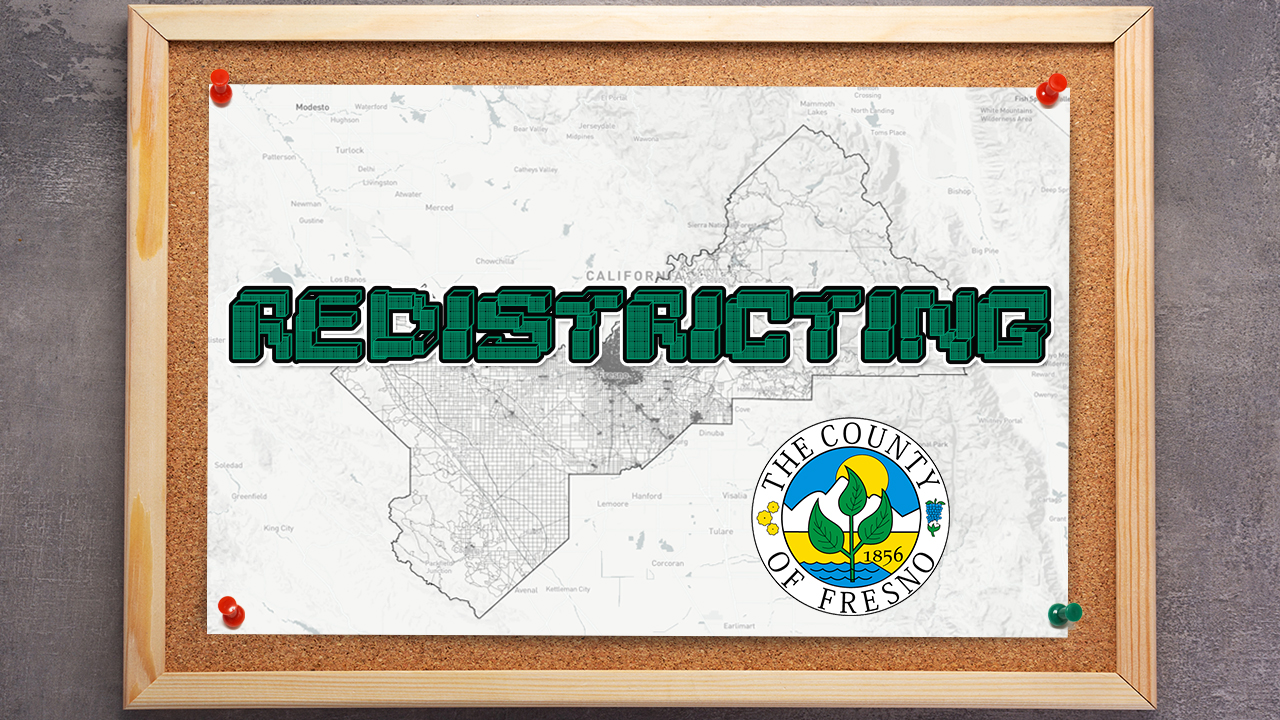 A Fresno County commission will soon pare down more than 20 redistricting maps to just a few. And, if they don’t make the right choice, one former assemblyman says to expect legal action.

At a news conference on Wednesday, the Equitable Map Coalition — comprising of several civil rights groups including the Dolores Huerta Foundation — presented their map of how voting boundaries for Board of Supervisors seats should be drawn. 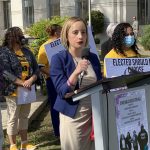 “They don’t see themselves in us and they don’t need to.” — Fresno County employee Heather Evans

“They don’t see themselves in us and they don’t need to. They’ve drawn themselves comfy seats a decade ago, and that decade has seen our wages stagnate and our county remain at the top of the state’s poverty rate. And until we get an equitable map that reflects the community that is here in Fresno, it will go on this way,” county library employee Heather Evans said. 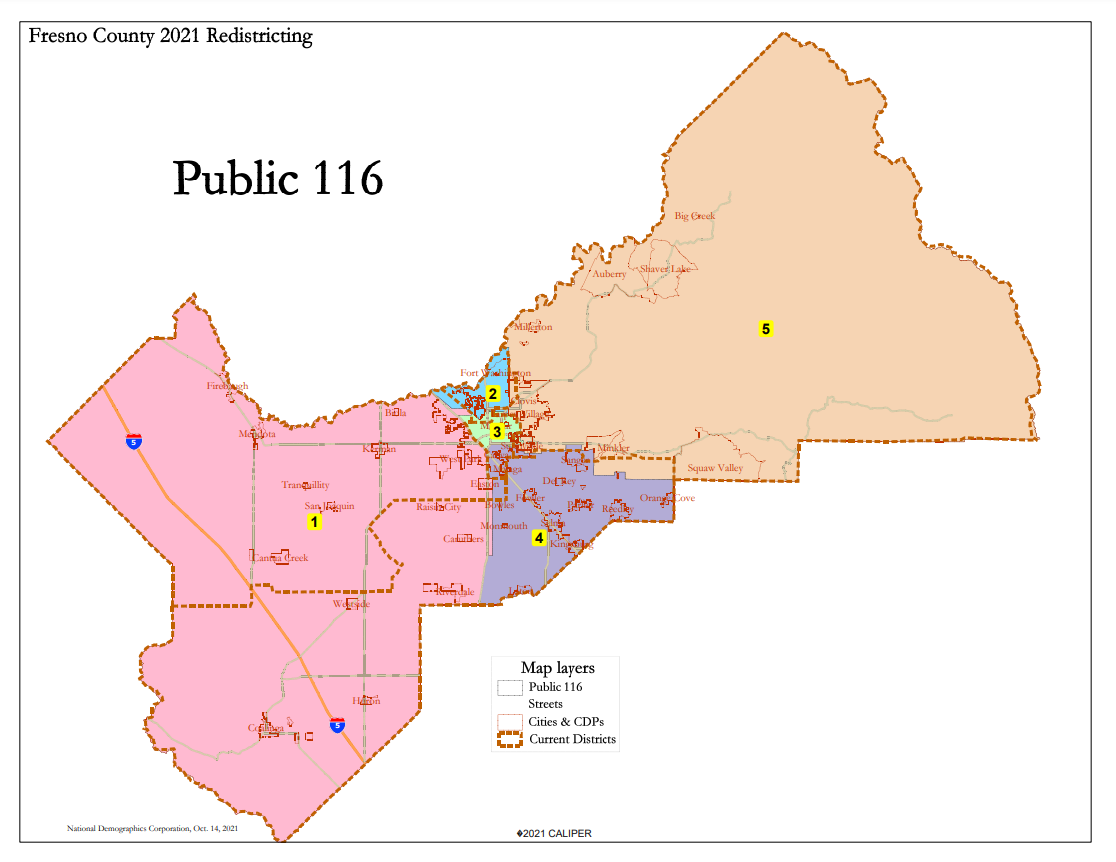 Juan Arambula, a former Fresno supervisor and assemblyman, says if the Board approves a map similar to what is already in place, there will be trouble.

“I don’t even want to contemplate that. I hope that the Board of Supervisors will do their duty and follow the state law. But like any other matter, if there is a failure to follow the law, I’m sure there will be people who are looking to see what their remedies are. And obviously, one remedy is through the courts,” Arambula said. 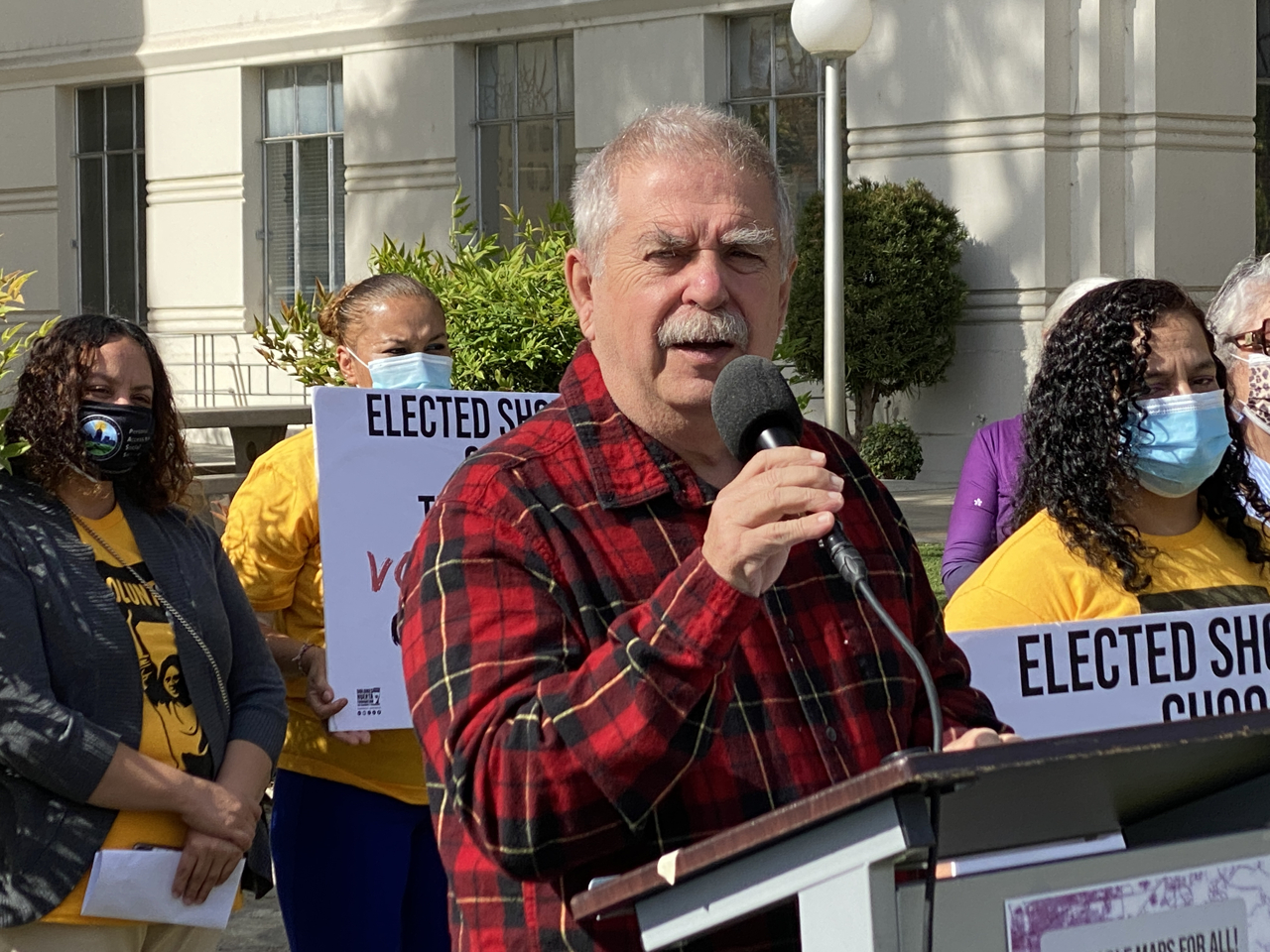 Former supervisor and assemblyman Juan Arambula warns of legal action if the Board of Supervisors selects an unfair map. (GV Wire/David Taub)

Could Mendes Be Drawn Out? 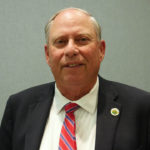 The coalition’s map would split the southern portion of the county east-west near Highway 41. If adopted (and there are several other maps with similar lines), it would mean Supervisor Buddy Mendes would not longer live in District 4.

The seats of Mendes and Brian Pacheco (District 1) are up for election in 2022. They live in Riverdale and near Kerman respectively. Depending on the map picked, they could run against each other if both are in District 1.

“We tend to follow the law. Everyone has the right to their opinion,” Mendes said. He would not comment on whether he would vote himself out of his own district.

Protecting a supervisor’s district or drawing him out cannot be a factor in choosing a map.

The supervisors contracted with National Demographics Corporation, which supplied three draft maps. In all versions, Mendes and Pacheco would represent their respective districts.

The Board of Supervisors ultimately will decide on the maps, with a scheduled vote on Nov. 16.

The 2020 U.S. Census counted 1,008,530 residents in Fresno County. Since the goal is to achieve proportional representation among five county supervisorial districts, that means an ideal of 201,706 residents per district.

Three districts are currently under the average and two are above. State and federal law allow for a 10% deviation. Overall, 21.75% of the population is unevenly distributed among districts, mandating a redrawing of the boundaries.

District 5, the mountain and Clovis area represented by Nathan Magsig, is about 28,000 residents above the limit. Mendes’ District 4, covering the rural communities east and west of Highway 41, are more than 13,000 residents below the population average. 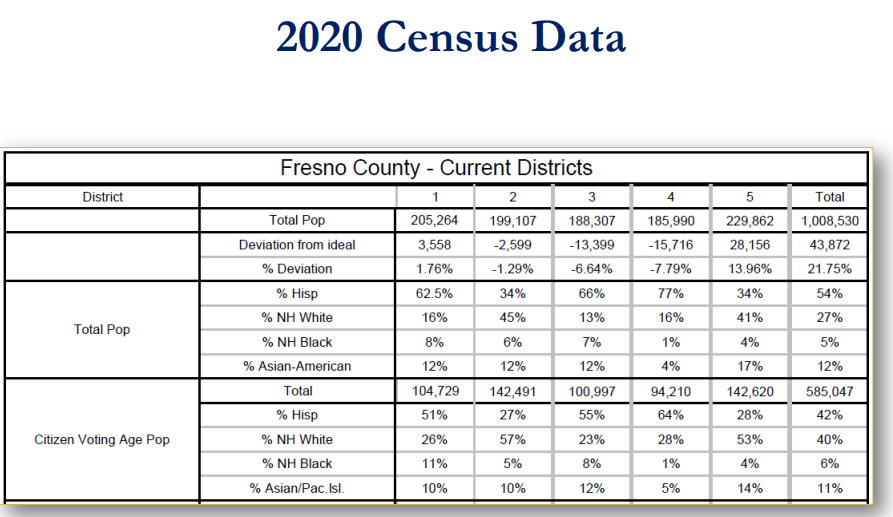