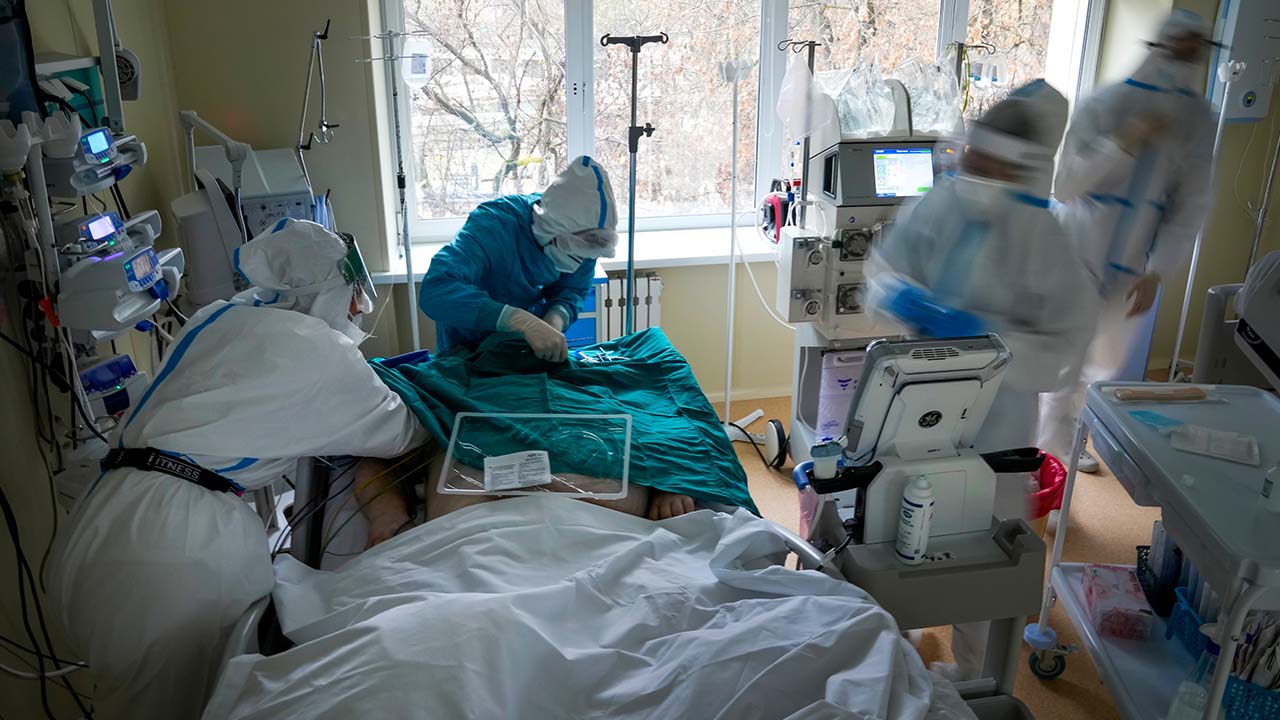 MOSCOW — President Vladimir Putin on Wednesday ordered most Russians to stay off work for a week later this month amid rising COVID-19 infections and deaths, and he strongly urged reluctant citizens to get vaccinated.

“It’s a matter of your life and security and the health of your dear ones.” — Russian President Vladimir Putin

The government coronavirus task force reported 1,028 deaths in the past 24 hours, the highest number since the start of the pandemic. That brought Russia’s death toll to 226,353, by far the highest in Europe.

Putin said he supports the Cabinet’s proposal to introduce a nonworking period starting Oct. 30 and extending through the following week, when four of seven days already are official state holidays. In some regions where the situation is the most threatening, he said the nonworking period could start as early as Saturday and be extended past Nov. 7.

“Our task today is to protect life and health of our citizens and minimize the consequences of the dangerous infection,” Putin said in a video call with top officials. “To achieve that, it’s necessary to first of all slow the pace of contagion and mobilize additional reserves of the healthcare system, which is currently working under a high strain.”

Russia’s daily coronavirus mortality numbers have been surging for weeks and topped 1,000 for the first time over the weekend amid sluggish vaccination rates, lax public attitudes toward taking precautions and the government’s reluctance to toughen restrictions. Only about 45 million Russians — roughly a third of its nearly 146 million people — are fully vaccinated.

The nonworking period should help limit the spread by keeping people out of offices and off crowded public transportation, but Moscow and many other cities haven’t curbed access to restaurants, cafes, bars, theaters and gyms.

When the Cabinet proposed the measure Tuesday, many Russians rushed to book flights to Black Sea resorts to take advantage of the break.

Deputy Prime Minister Tatyana Golikova, who leads the task force, emphasized that the nonworking week should imply limiting access to restaurants, theaters, and other entertainment venues, adding that regional authorities will be expected to impose restrictions.

She particularly urged Russians to refrain from traveling to other regions during the period and emphasized the need for relatives of those infected to stay home.

It wasn’t immediately clear what private businesses would be required to stop working in line with Putin’s decree, in addition to state workers and employees of state-owned companies. During a similar measure early in the pandemic, many private and state-owned companies in “vital” economic sectors were allowed to keep operating.

The Cabinet has drafted measures on compensation to businesses to help absorb the economic blow, including one-time payments equivalent to a minimum monthly pay per worker and low-interest credits.

In urging Russians to get the shots, Putin said “it’s a matter of your life and security and the health of your dear ones.”

“There are only two ways to get over this period — to get sick or to receive a vaccine,” he said. “It’s better to get the vaccine. Why wait for the illness and its grave consequences? Please be responsible and take the necessary measures to protect yourself, your health and your close ones.”

The Russian leader, who got the domestically developed Sputnik V vaccine earlier this year, said he’s puzzled by the vaccine hesitancy, even among his close friends.

“I can’t understand what’s going on,” Putin said. “We have a reliable and efficient vaccine. The vaccine really reduces the risks of illness, grave complications and death.”

Hezbollah Leader Claims He Is Backed by 100,000 Fighters