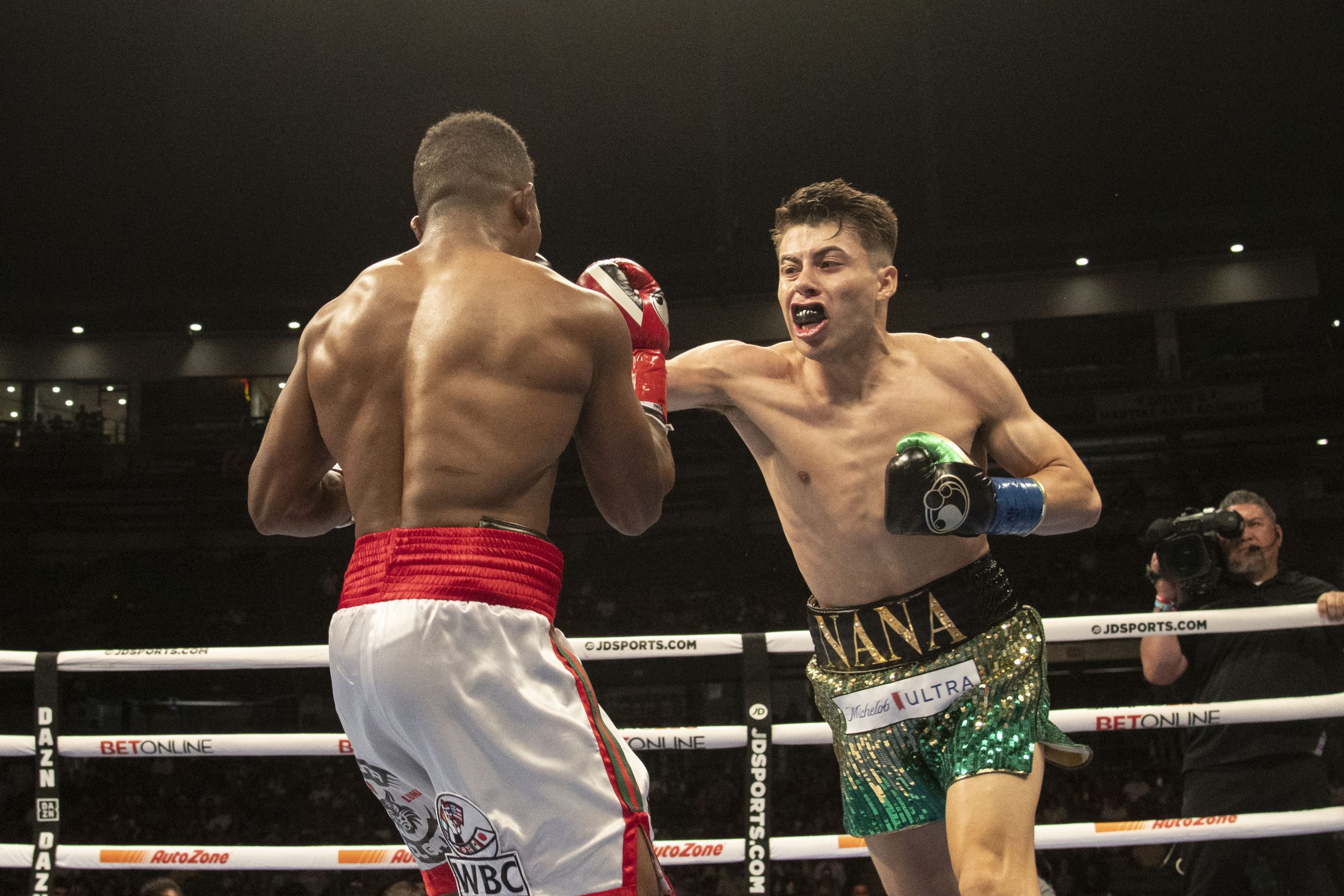 Rick Mirigian was a happy man on Saturday night about the crowd for the world-class card at Chukchansi Park that he estimated at “just under 10,000 people.” 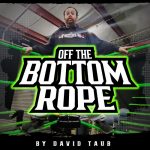 “Twenty days of me promoting and getting stuff done, I think it’s an absolute success,” Mirigian said.

The California State Athletic Commission had yet to verify the attendance as of Monday morning.

The main parking lot across the street was filled by 5 p.m., something baseball’s Grizzlies do once or twice a season.

The ring was situated in the infield, approximately on the pitching mound. On-the-field seating was underneath a blanket/tarp. I’m told the Grizzlies will have a brand new field for the 2022 season. 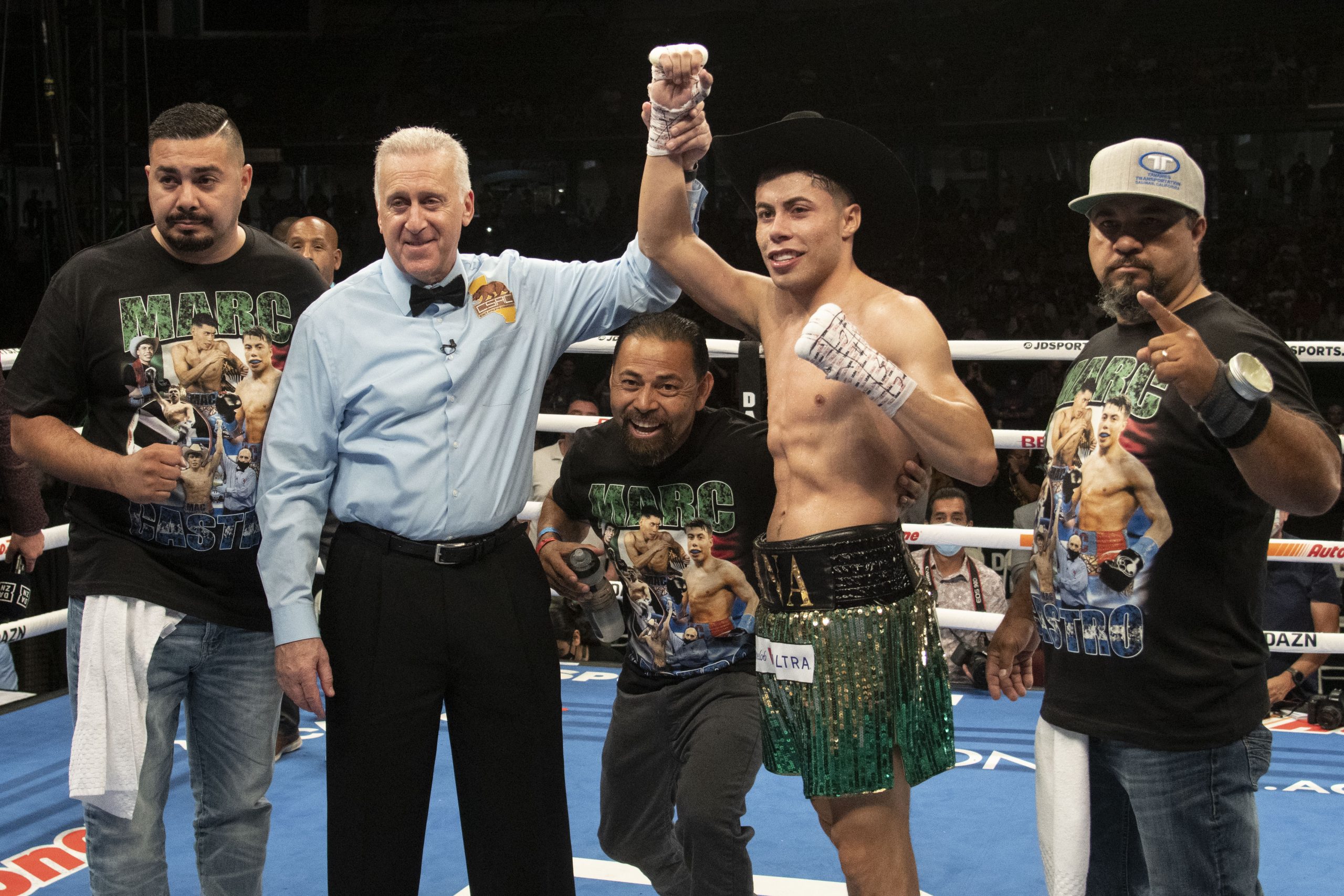 Mayor Jerry Dyer, clad in a blue plaid shirt and jeans, had a second-row seat for the action, sitting along with his wife, Diane. He is thrilled about what regular world-class boxing events could mean to Fresno for entertainment and ringing up dollars for the economy.

“We want downtown Fresno to be the entertainment hub of Central California. So I think this is just a taste of it,” Dyer said.

“I love boxing, especially boxers that are a good role models for our youth,” Dyer said. “You look at Marc Castro … he’s homegrown, he graduated from Sunnyside High School. He’s just a good Christian kid and ends up mentoring a lot of kids in our community.” 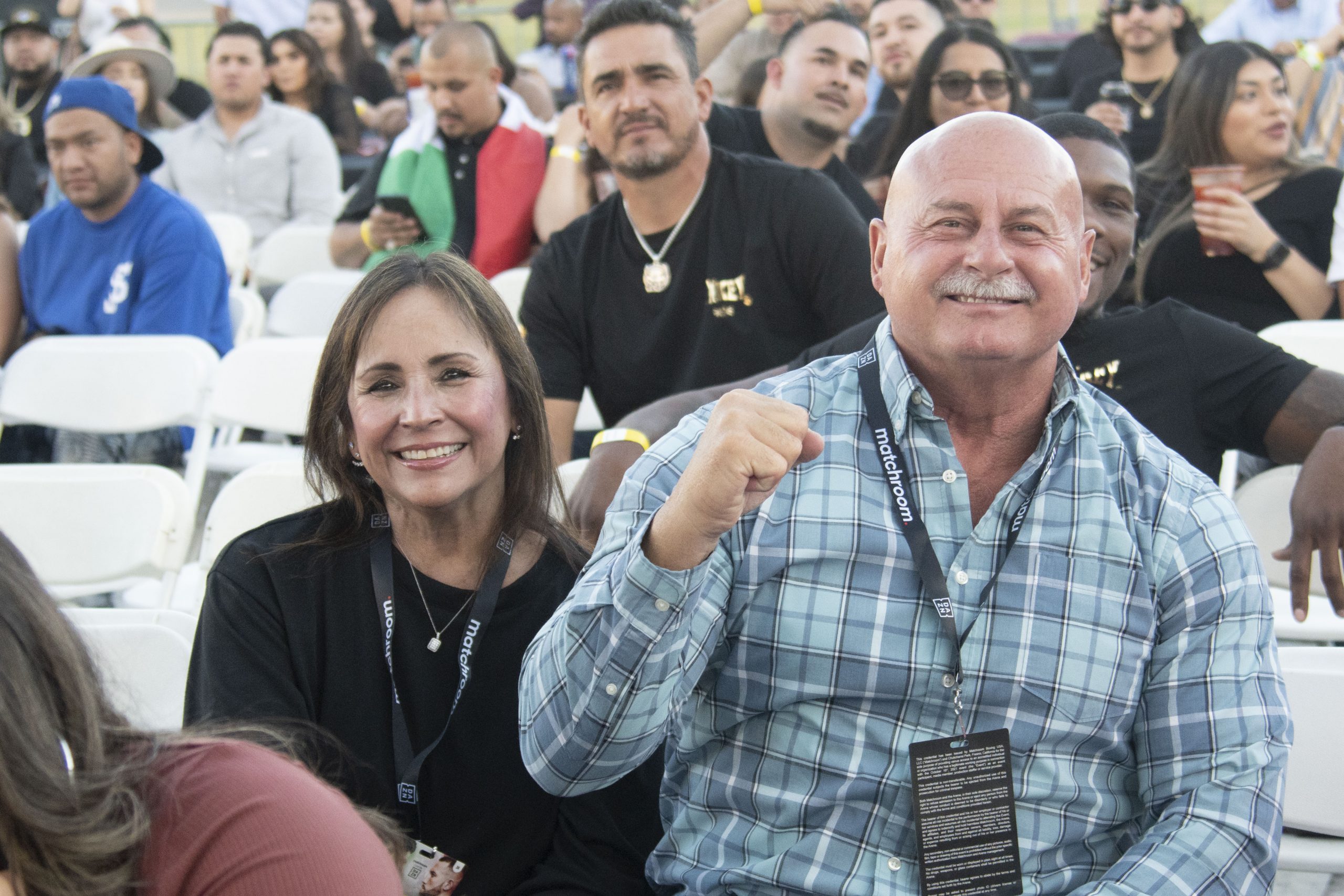 What’s Next for Ramirez?

Central Valley boxing favorite Jose Ramirez had a front-row seat, with his family.

“We came here to support Mikey Garcia, Marc Castro, and Bam Rodriguez, to support boxing,” Ramirez said. “I’m happy that  Matchroom Boxing with Eddie Hearn, found interest here in Fresno to bring boxing here and give everyone here in the Valley an opportunity to come and enjoy themselves.”

Ramirez (26-1, 17 KO) last fought in May, losing for the first time in his career to Josh Taylor in a junior welterweight unification bout in Las Vegas.

Boxing has many similarities to pro wrestling — a loyal, fanatical following, a complex level of organizations, and spectacular ring entrances, or “ring walk,” as ring announcer David Diamante called it.

The difference, of course, is that pro wrestling matches are strictly entertainment exhibitions with officially pre-determined outcomes. Boxing literally can be a matter of life and death for those in the ring.

As if it was booked that way, Fresno-native Marc Castro (4-0, 4 KOs) knocked out Angel Luna in the first round. Castro had a live band playing during his ring walk.

No one had a more impressive ring walk than main eventer Mikey Garcia, the man the many in the crowd came to see. A tractor and a full entourage of fans, musicians, and more led the way. A full fireworks show blasted over the center-field wall.

“You have to make someone feel an emotion. And tonight these people are going to feel that,” Mirigian said of the entrance.

Garcia entered the ring with a black cowboy hat. It mysteriously turned into a white hat in a matter of moments. 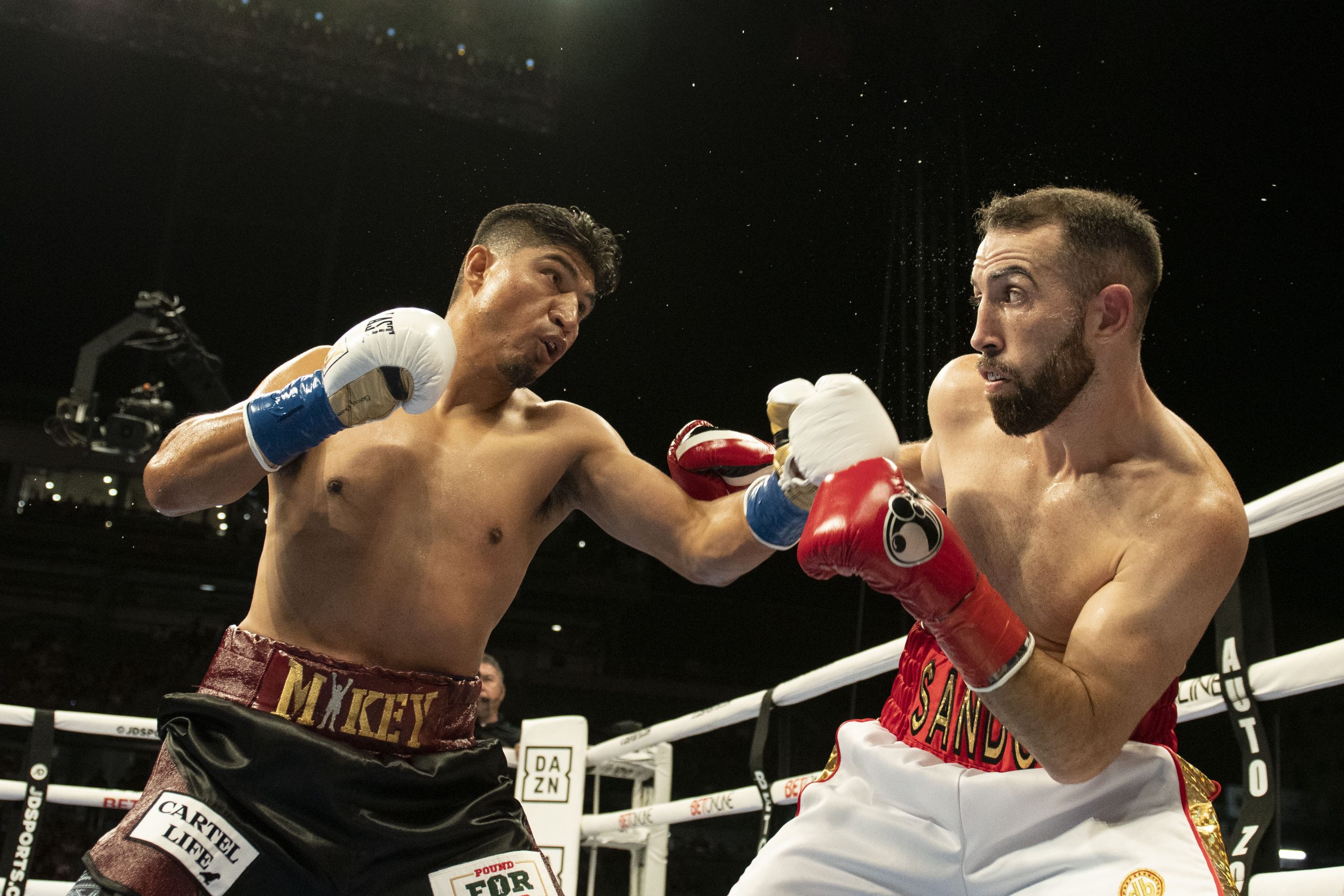 Results from last week’s WWE card at the Save Mart Center, reported by WrestleZone:

When the show was first announced, it included a WWE title defense by Big E against Bobby Lashley. Of course, “card subject to change.”

Sun-Maid Will Hire on the Spot at Tuesday Job Fair