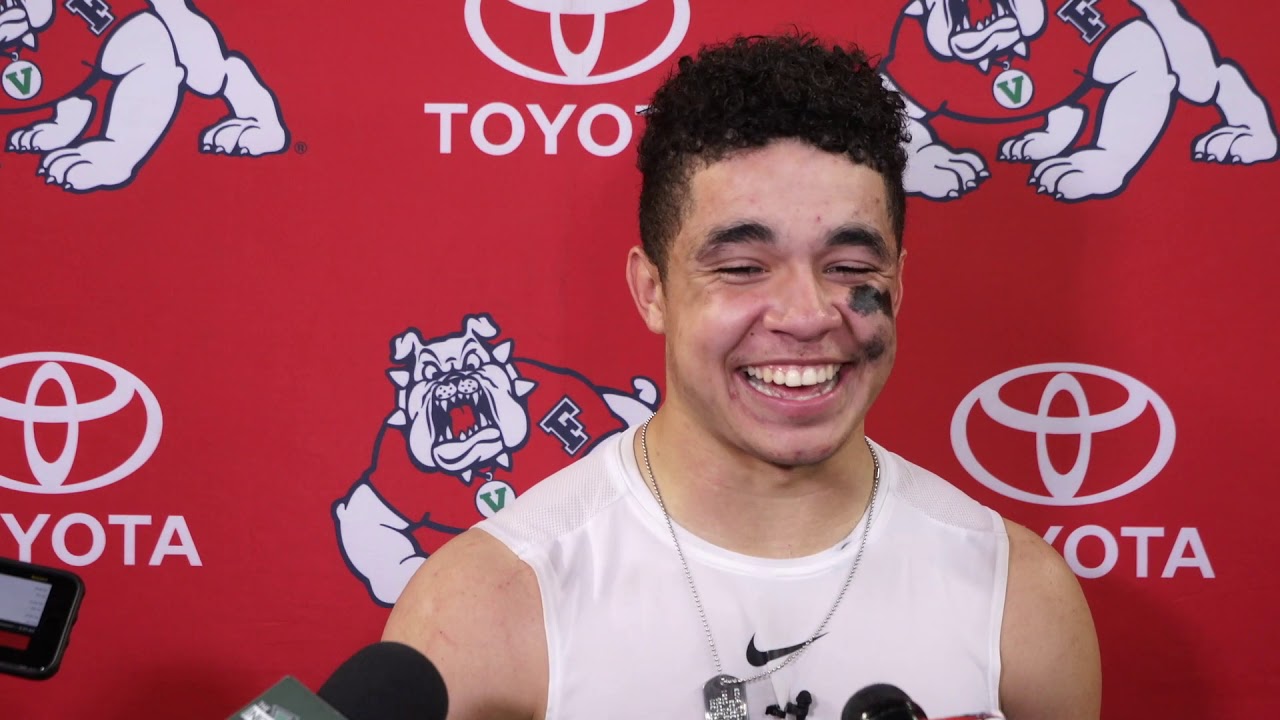 Junior defensive back Evan Williams had two interceptions and seven tackles in Fresno State's 17-0 win at Wyoming on Saturday. (YouTube/gobulldogs.com)
Share with friends

It’s not often that the Fresno State defense is The Story of a football game.

But thanks to junior defensive back Evan Williams and stellar work from the front seven, that was the case in the Bulldogs’ 17-0 victory at Wyoming on Saturday.

Williams intercepted two passes and led the Bulldogs with seven tackles as Fresno State (5-2, 2-1 Mountain West) recorded its second shutout of the season while silencing the War Memorial Stadium crowd of 20,002 in Laramie, Wyoming. 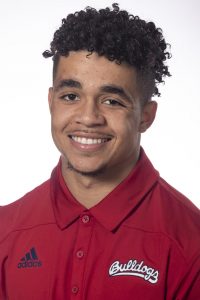 “I’m proud of all the guys for getting after it. I love to see that goose egg up on the scoreboard after the game.” — Fresno State DB Evan Williams, who had two interceptions and seven tackles vs. Wyoming

It was the Bulldogs’ first road shutout since a 41-0 win at Cal State Northridge on Nov. 2, 1974, when Gerald Ford was president of the United States. This blank job was the Bulldogs’ second shutout of the season (45-0 vs. overmatched UConn), and turnovers set up all of their points.

Victory Set up Showdown vs. Nevada

In addition to providing a big-time bounce-back for Fresno State after its loss at Hawaii, the victory gave the Bulldogs a springboard for this coming Saturday’s showdown against Mountain West rival Nevada (5-1, 2-0). The Wolf Pack defeated Hawaii 34-17 on Saturday.

Fresno State-Nevada now means everything in the MW West. Had the Bulldogs fallen to Wyoming, they would’ve been playing the rest of the season strictly for a slot in a minor bowl game.

“I’m ecstatic. We’ve put so much time into this game and putting this defense together,” said Williams. “We had a sour taste in our mouths from two weeks ago (at Hawaii). We knew this had to be our game. I’m proud of all the guys for getting after it. I love to see that goose egg up on the scoreboard after the game.”

You thought you could get this by @evan_williams32⁉️

“We knew that the game was going to come down to who was going to be the more physical team,” said senior defensive tackle Kevin Atkins. “We knew they were going to run the ball and we needed to rise to the occasion to stop the run.”

Bulldogs Beat Wyoming at its own Game

Meanwhile, in a conscious attempt to establish a balanced attack, the usually pass-happy Bulldogs gained 163 yards rushing with a team-high 78 rushing yards from Jordan Mims. Quarterback Jake Haener finished with 96 yards passing, two touchdowns, and no interceptions. However, the passing game was hampered by three dropped throws from the normally reliable Jalen Cropper.

“There are still a lot of things we can get better at, but I am excited that we are finding different ways to win. I think that’s a sign of a great football team.” — Fresno State coach Kalen DeBoer

“I think we beat Wyoming at their own game. We took care of the football and got the turnovers,” said Bulldogs coach Kalen DeBoer. “There are still a lot of things we can get better at, but I am excited that we are finding different ways to win. I think that’s a sign of a great football team.”

The Bulldogs defense dominated the game so thoroughly that Wyoming fans booed the Cowboys (4-2, 0-2) in the second half and coach Craig Bohl has a quarterback controversy on his hands after Chambers’ exit from the game.

“We were going to need to win the turnover margin (to win) and we failed miserably on that,” said Bohl, whose Cowboys lost 24-16 at Air Force a week ago.

Fresno State’s next score came in the third quarter after junior linebacker Levelle Bailey tipped a Chambers’ pass and Malachi Langley, a sophomore linebacker, returned the interception 33 yards to the Wyoming 6-yard line. Two plays later, Haener hit Cropper on a 3-yard completion with 1:52 remaining in the third quarter.

Following Williams’ second interception, Cesar Silva nailed a 41-yard field goal with 10:25 left in the game to seal it for the Bulldogs.

The kickoff for the game against Nevada is 4 p.m. Fresno State will retire the No. 22 jersey of former Bulldog and NFL Lorenzo Neal star at halftime.