A Playoff Series for the Ages: Dodgers at Giants, Game 5! 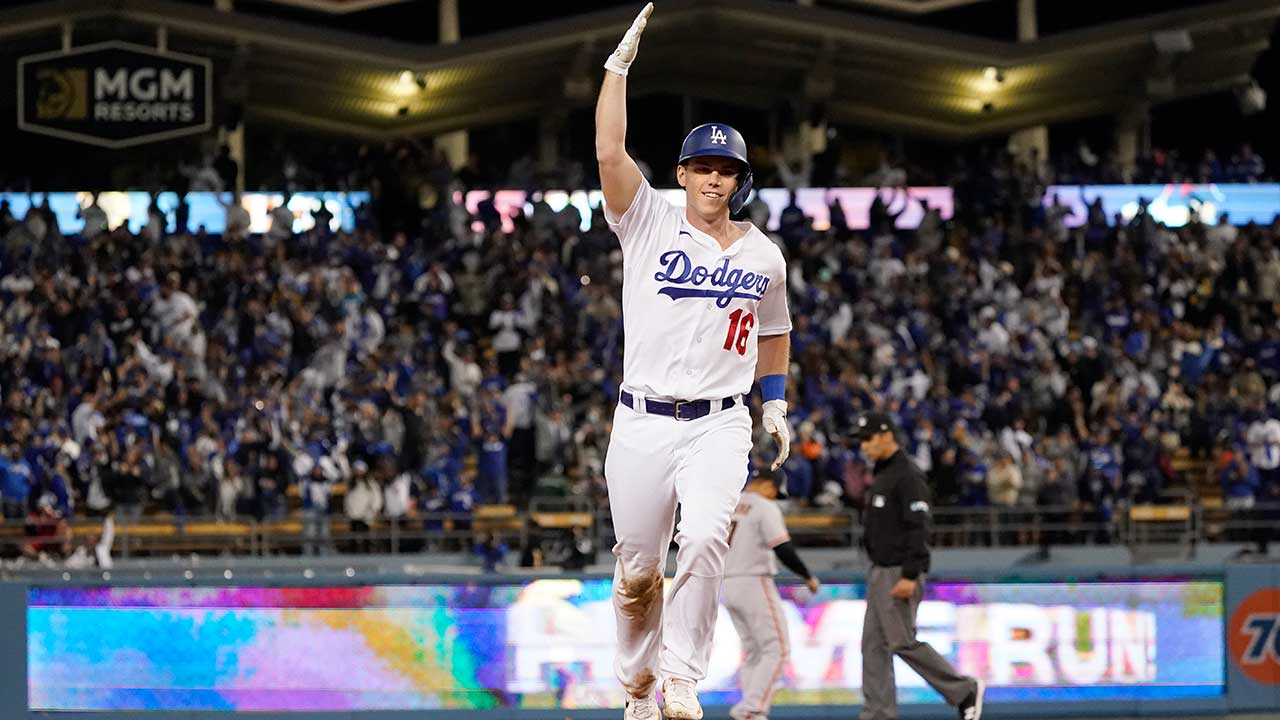 SAN FRANCISCO — Everybody expected a playoff series for the ages between the century-old rival Dodgers and Giants, and now they’ve got it.

Anything less than a winner-take-all Game 5 would have been a baseball travesty, leaving the sport short-changed on the October stage.

It all comes down to Game 5 on Thursday night, back at the San Francisco’s Oracle Park after the Dodgers staved off elimination with a 7-2 victory at home Tuesday night.

So you can see why San Francisco third baseman Evan Longoria would prefer a best-of-seven over this short NL Division Series before one of these two has to go home for the winter.

“I feel like this may also be like a series or a moment where baseball may have to think about restructuring the way that the playoffs happen — 106 and 107 wins doesn’t feel like a DS matchup,” Longoria said last week before his home run lifted the Giants 1-0 in Game 3. “I just feel like there’s two teams that win this many games, it seems early to match up us two.”

Betts Knows All About Winner-Take All Showdowns

Mookie Betts and LA have played their share of winner-take-all games the past two seasons.

It will be season meeting No. 24 between these talented, even clubs, to be played at 24 Willie Mays Plaza — an ode to the Hall of Famer’s jersey number.

And now these teams that began playing each other in 1884 and have each won 109 times this year meet in an win-or-go-home game.

Game 1 winner Logan Webb, dazzling in his postseason debut, takes the ball again for the Giants.

But, Thursday afternoon, Dodgers manager Dave Roberts gave the assignment to right-hander Corey Knebel. The left-hander Urias now will be on standby in the bullpen.

“Why we did it, I think it’s more appreciating in one game what gives us the best chance to win,” Roberts said.

In their two wins this series, the Dodgers have scored nine and seven runs. In their two victories, the Giants have shut out LA’s slugging lineup.

“This time of year you’re going to face great pitching night in and night out,” Giants catcher Buster Posey said. “And as much as you can, you’re hoping that when you do get some traffic out there, you can get a big hit and, because sometimes those opportunities are limited and hopefully that’s something we will be able to do on Thursday.”

Webb and two relievers combined on a five-hitter in a 4-0 Game 1 win last week.

“As an offense, we got to come ready to go and just put together good at-bats, score some runs, and jump on him early,” Dodgers catcher Will Smith said. “They know us. We know them really well. And it’s just going to come down to who wants it a little more and who is ready to go that day.”

These teams share a star-studded history of meeting in deciding games to see who advances. 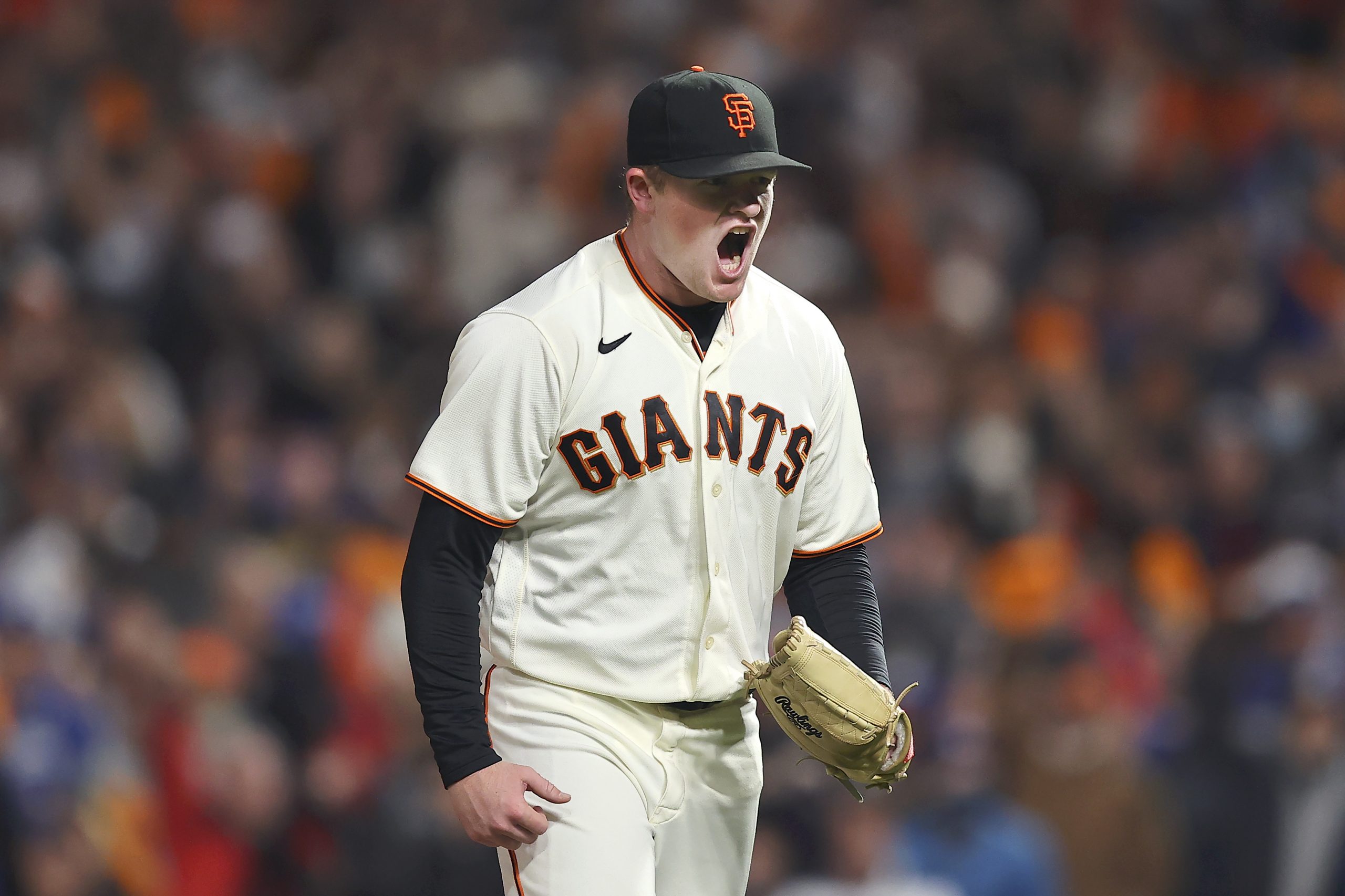 Looking Back at the Rivalry

In the decisive Game 3 of a 1951 NL pennant tiebreaker, Bobby Thomson hit what many consider the most famous home run ever when he connected for the “Shot Heard ‘Round the World,” a three-run drive in the bottom of the ninth that lifted the New York Giants over Jackie Robinson and the Brooklyn Dodgers 5-4 at the Polo Grounds.

The franchises had shifted to the West Coast when they played a best-of-three matchup for the 1962 NL pennant. After topping Los Angeles ace Sandy Koufax in the opener, San Francisco lost the next day. Mays then keyed a four-run rally in the ninth inning to win 6-4 in Game 3 at Dodger Stadium.

“Our players are well aware of that so when I hear them talk about it, it fires me up a bit. Their understanding and knowledge of the history, it’s encouraging,” he said.

And all these years later, the longtime rivals are still at it.

“This is what baseball wants. I mean, I think, as I understand, all the series are done and so we’re going to be the only show in town,” Los Angeles manager Dave Roberts said. “So if you have a pulse or you’re a sports fan, you better be watching Dodgers-Giants.”