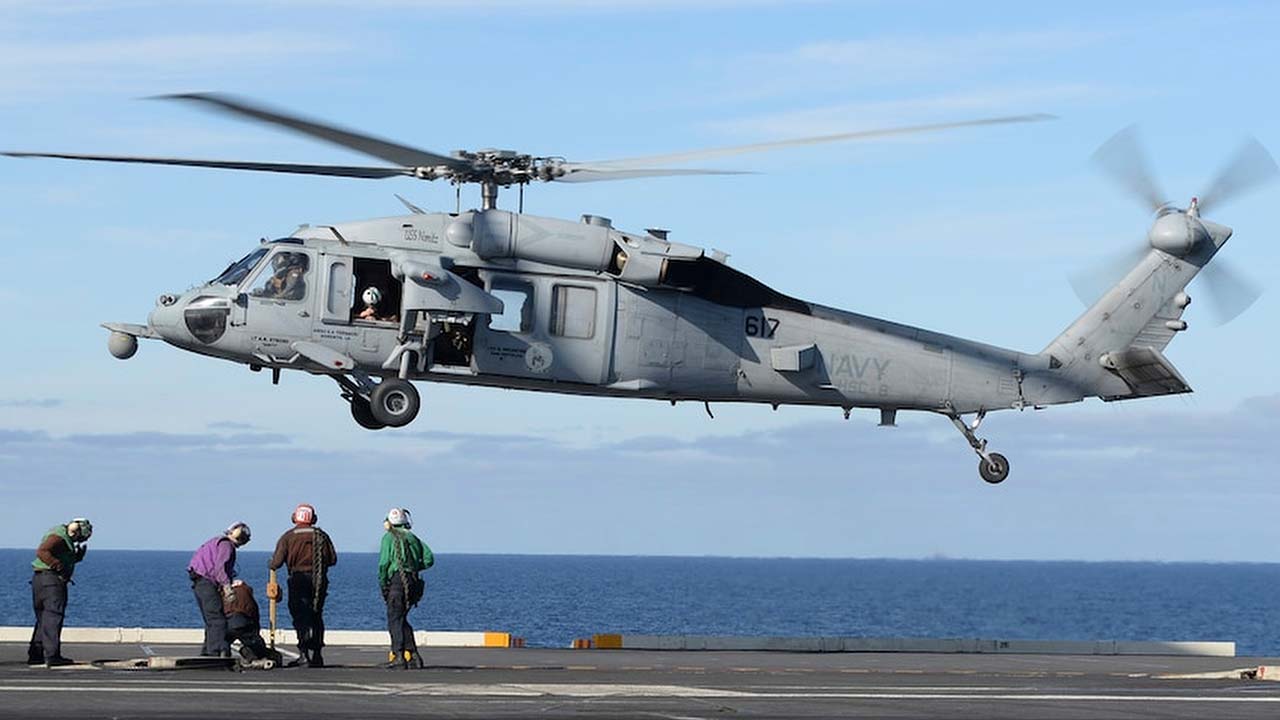 An MH-60S helicopter, similar to the one pictured, lost its two pilots and three other sailors in an Aug. 31 accident. (AP File)
Share with friends

SAN DIEGO — The remains of five people and the wreckage of a U.S. Navy helicopter that crashed in the Pacific Ocean off California have been recovered, the Navy said in a statement Tuesday.

The Navy said the investigation of the crash is continuing.

The MH-60S helicopter, its two pilots, and three other sailors were lost in an Aug. 31 accident about 69 miles off the San Diego coast.

Recoveries Made on Friday

A salvage team aboard the multipurpose vessel HOS Bayou made the recovery from a depth of about 5,300 feet on Friday, the Navy said.

The Bayou arrived at Naval Station North Island in San Diego Bay on Sunday and the human remains were sent to Dover Air Force Base, Delaware, for identification.

The helicopter was operating from the aircraft carrier USS Abraham Lincoln when its rotor hit the flight deck and the aircraft fell into the ocean. One crew member was rescued immediately after the crash.

A search for any other survivors went on for nearly a week before the Navy declared the missing sailors dead.