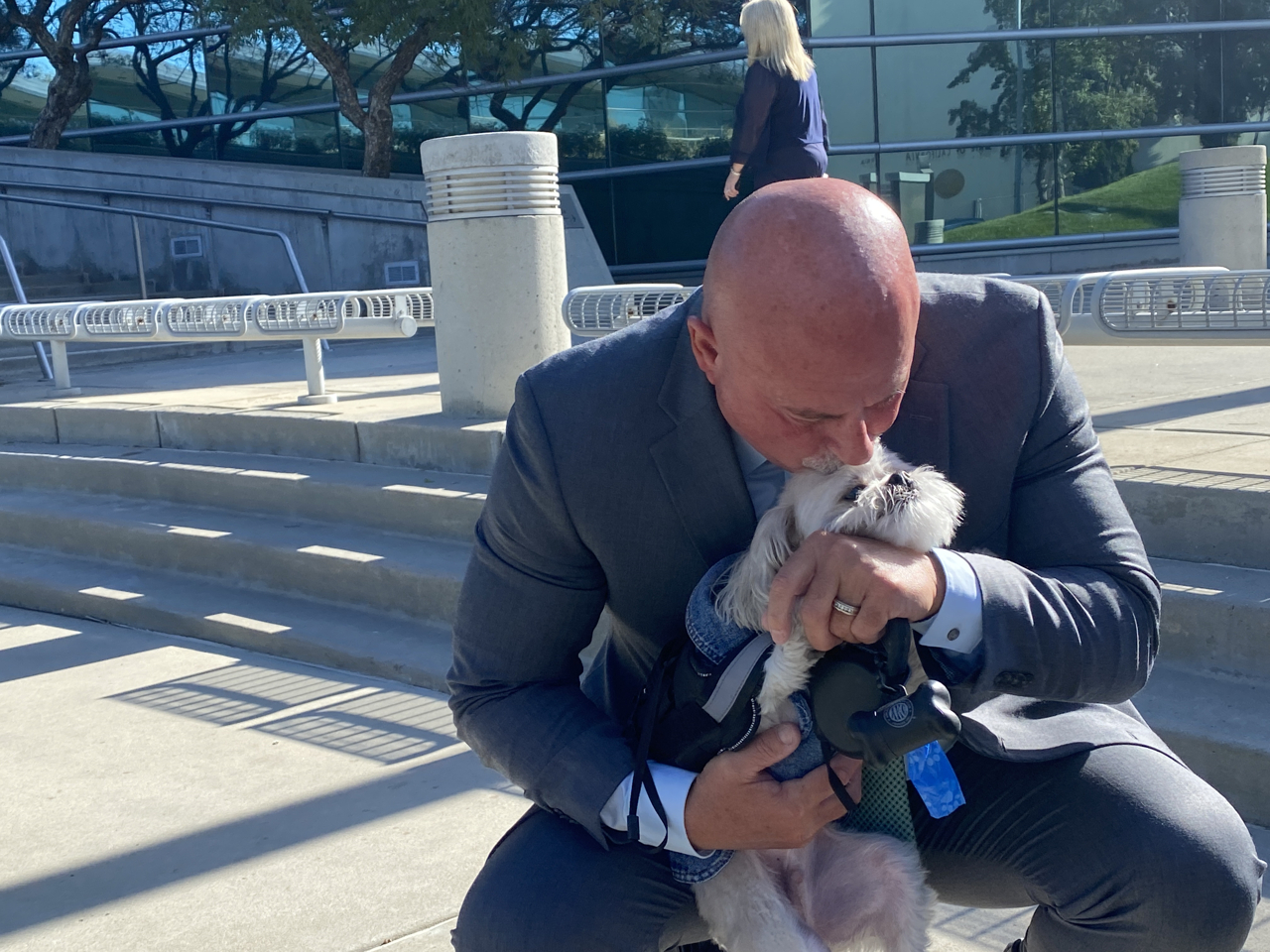 The buildings are already erected and construction trucks are preparing for more at the city of Fresno’s future animal shelter. The $22 million, 5.1-acre facility north of the airport is slated to open next July. 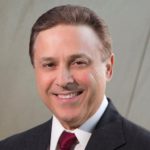 “We’re going to be running a first-class facility and any financial support or any other type of support that the community wants to provide, we’re open to it.” — Councilman Garry Bredefeld

“(Stitch) sleeps with us every night and he has me trained as a pet owner. I bring him doggy bacon every single morning, seven days a week, and feed him in our bed, so he is truly part of the family,” Dyer said. Ever the responsible dog owner, Dyer cleaned up after Stitch on City Hall’s front lawn.

Speaking at a news conference in front of City Hall, Dyer encouraged the public to also be responsible pet owners.

“That is something we’re going to be very, very focused on. We’re going to have a marketing campaign that promotes responsible pet ownership and encouraging people to to adopt our our four legged animals in our community,” Dyer said.

The goals are to cut euthanasia rates and reduce the number of stray pets roaming neighborhoods. 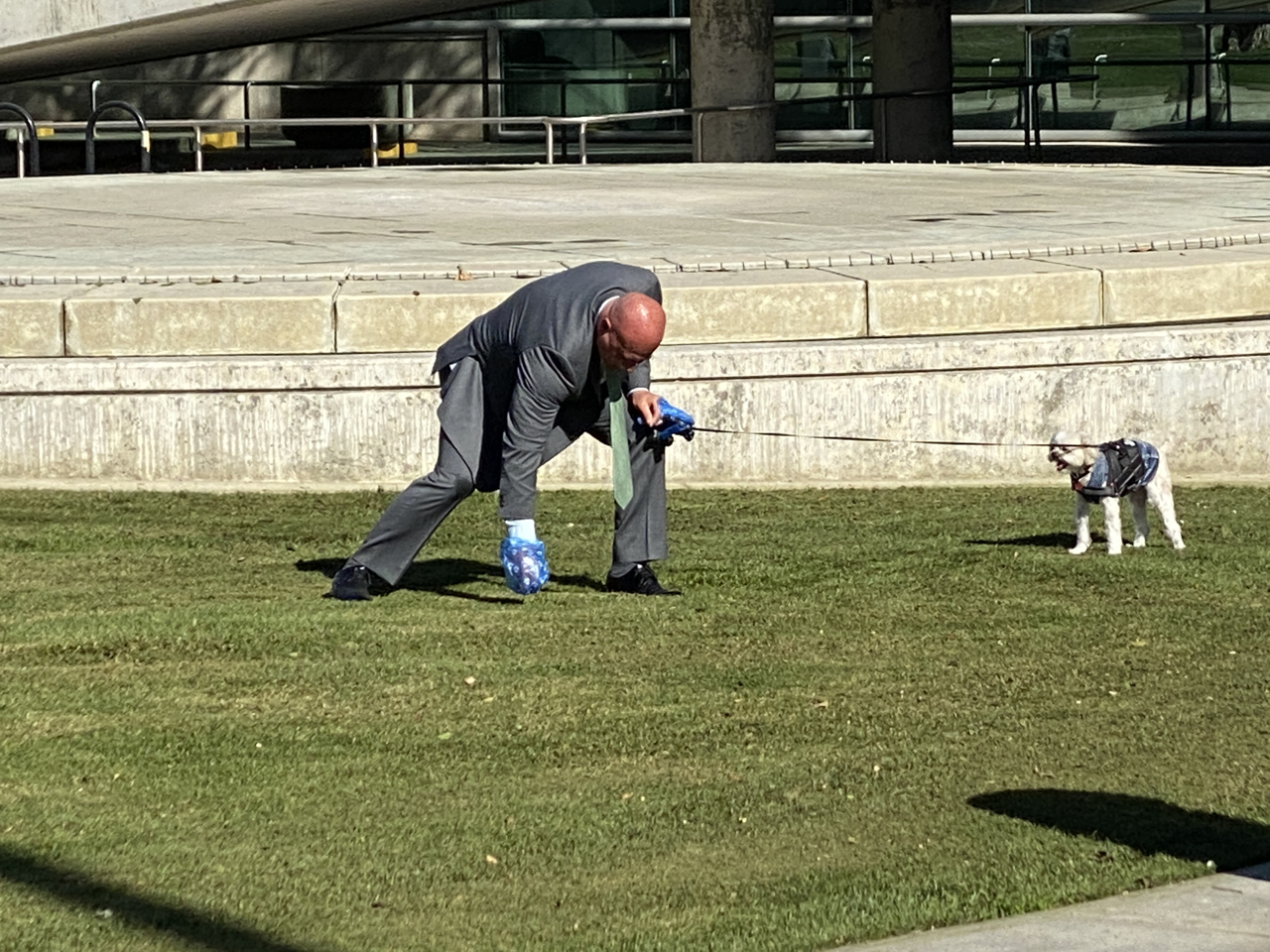 A Way to Donate

The Fresno City Council will discuss creating a dedicated account to which the public can donate money and supplies.

“This is one of the most, I would say, bipartisan issues here. We have Democrats, Republicans, cats, dogs coming together to make sure we’re solving a problem.” — Fresno City Council President Luis Chavez

“This is a way (the community) can do that. So we will have ongoing operations. We’re going to be running a first-class facility and any financial support or any other type of support that the community wants to provide, we’re open to it,” Councilman Garry Bredefeld said.

Bredefeld didn’t want to speculate on fundraising goals, but Dyer did.

“I wouldn’t be a bit surprised if we don’t raise a million dollars that will be utilized to support these animals. And I don’t know if that’s going to be our fundraising goal, but I think it’s a pretty good goal to start with,” Dyer said.

“This is one of the most, I would say, bipartisan issues here. We have Democrats, Republicans, cats, dogs coming together to make sure we’re solving a problem,” Chavez said.

The city hoped the new animal shelter might be open this year. Dyer said supply shortages and COVID pushed back the project’s goal of being fully operational to July 2022.

The shelter will house up to 12,000 dogs and 3,000 cats with full veterinary services. There will also be administrative offices.

Dyer said he would like the city to own and operate the facility, as opposed to contracting out those services. Currently, the city pays the local Society for the Prevention of Cruelty to Animals $6.3 million for animal control.

The city did not have an exact figure on what the yearly operational costs would be. City Manager Tommy Esqueda estimated it would be around what is paid to SPCA.

“We’ll work with the council and hopefully at the end of the day, we will figure out how we’re going to approach this, but we definitely are going to work with all of these rescue agencies. They are the experts and they are the ones that we’re going to rely upon for the advice,” Dyer said. 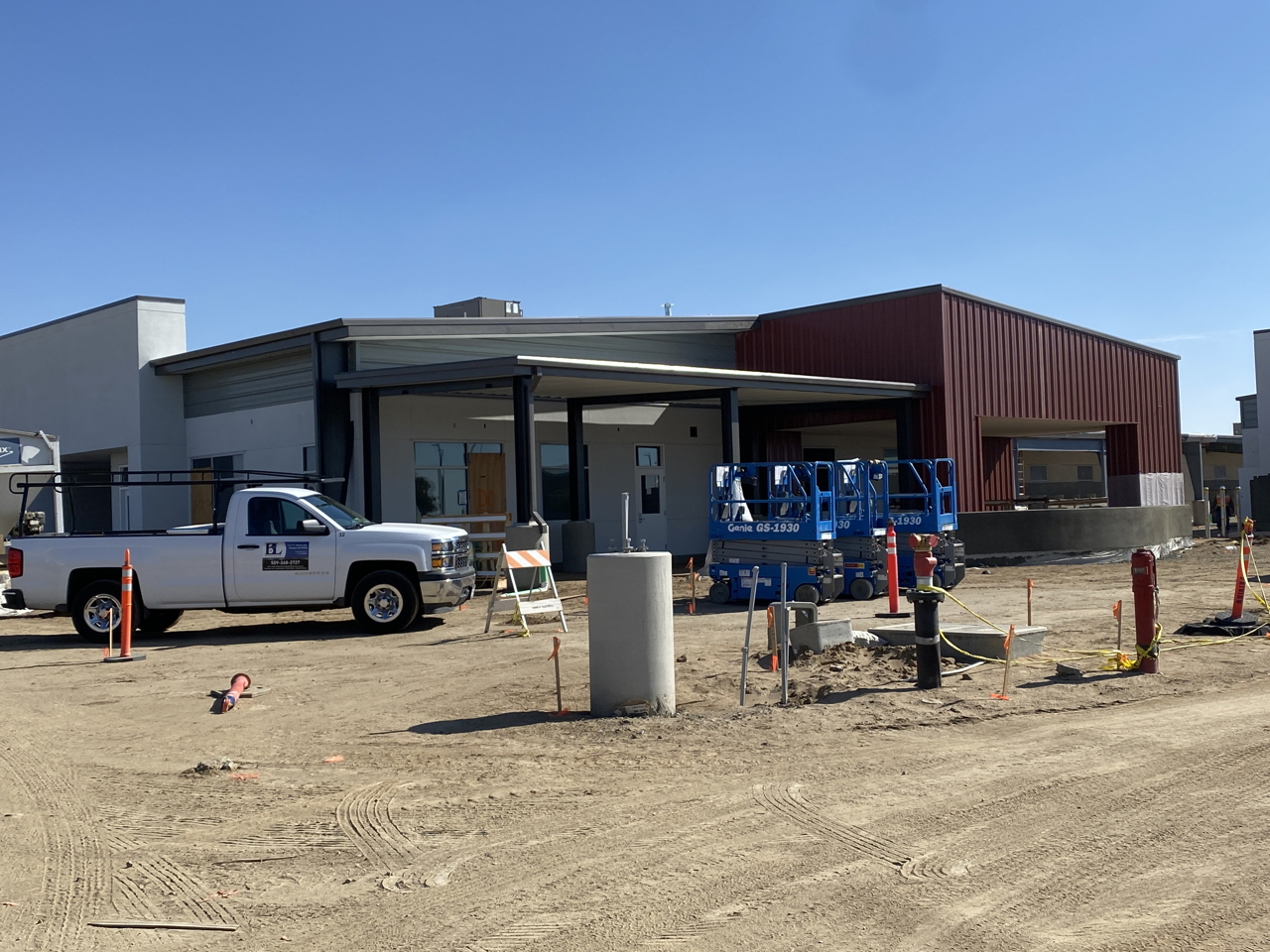 Buildings are up at the new Fresno animal shelter (above), set to open in July 2022 (GV Wire/David Taub). A rendering of the finished shelter is below. (City of Fresno) 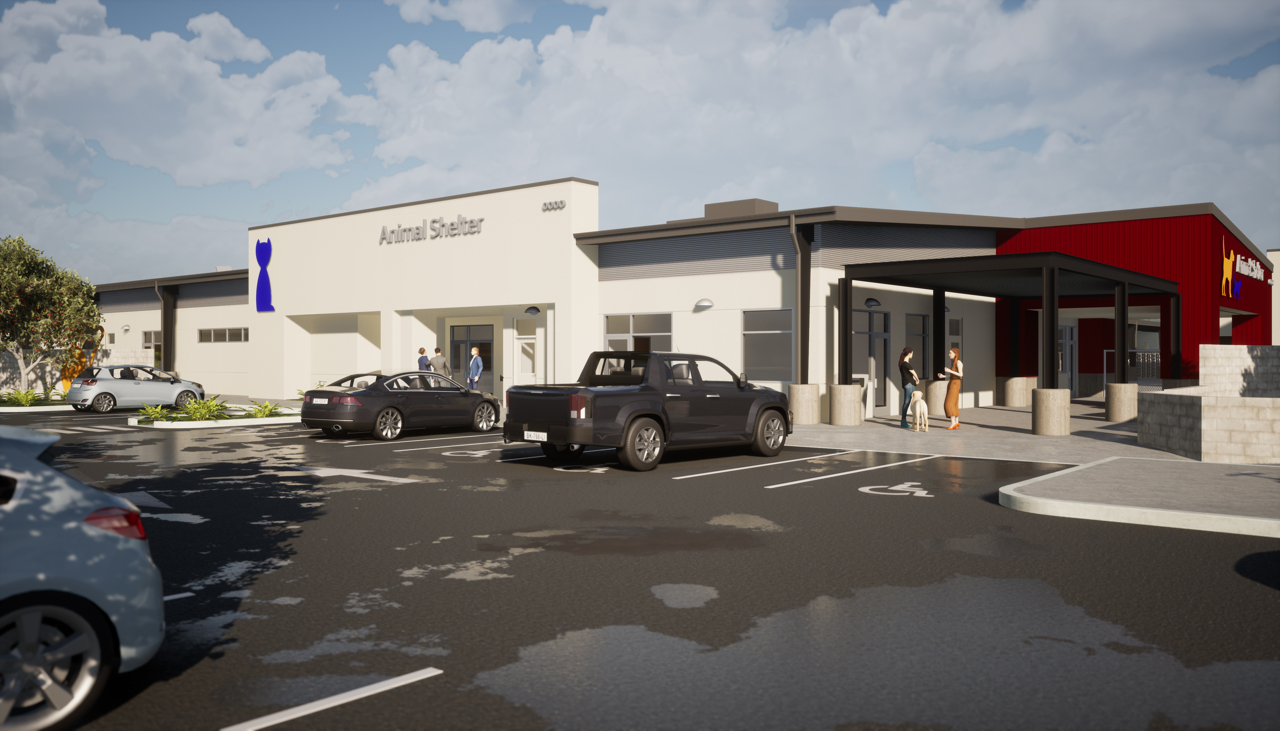 Working with the County

Fresno County is also building a new animal shelter, set to open in December. Dyer anticipates that the city and county will work together.

“They’re separate facilities, separate efforts. The county has certainly their own needs, and then the city of Fresno has needs,” he said. “But we are definitely going to coordinate. We’re going to have to coordinate because we have some county islands within the city of Fresno. …. We don’t want to allow any type of jurisdictional issues to get in the way of us caring for animals.”