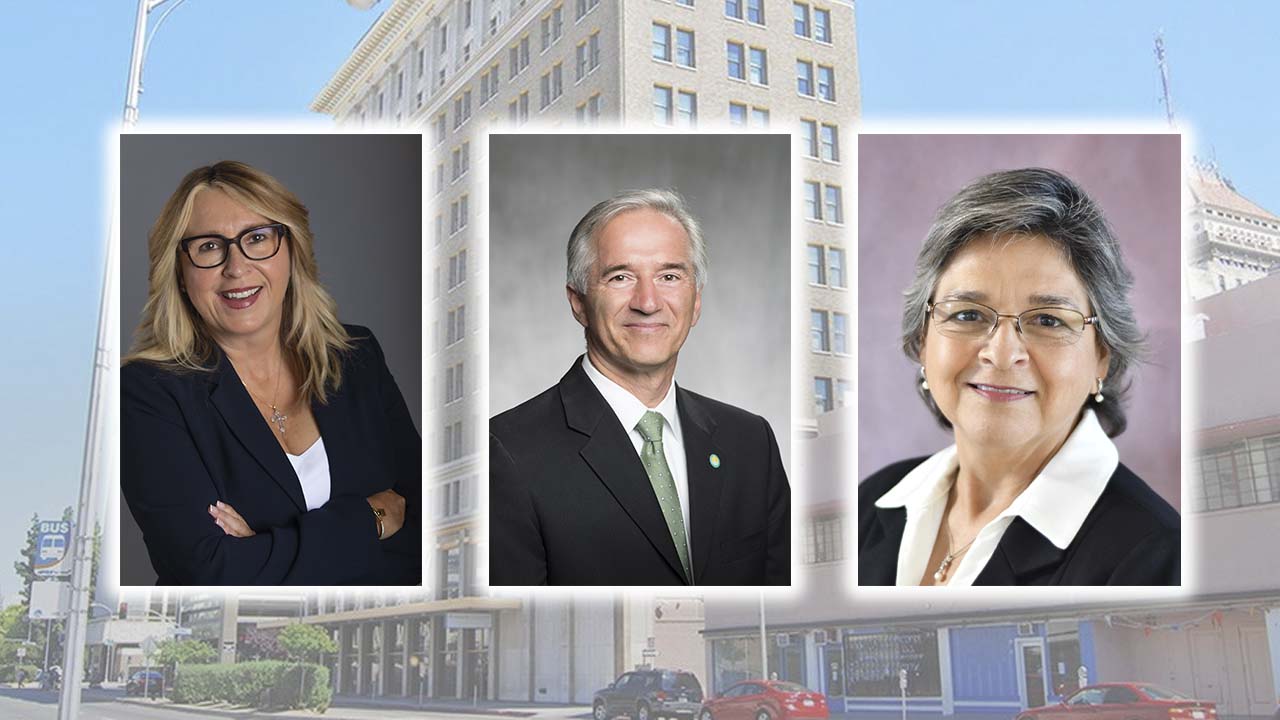 Goldsmith will join the other finalists, Dr. Beatriz Espinoza, who is working at Laredo Community College in Texas as a consultant on a National Science Foundation grant, and Dr. Omid Pourzanjani, former superintendent/president of San Joaquin Delta Community College District in Stockton, in virtual one-hour public forums on Oct. 25.

The district’s new leader will be chosen by the Board of Trustees.

How to See Candidates, Submit Questions

The candidates will present their visions for the district and also answer pre-submitted questions. The deadline to submit questions will be noon Oct. 20. If time allows, questions from attendees will be addressed.

Feedback from the community will be taken through an online link that will be activated on the day of the forums and will remain active until 4 p.m. Oct. 25.

The forums will be live-streamed on Zoom, YouTube, and the district’s website. The Zoom webinar will be able to accommodate up to 1,000 participants, and no registration will be required.

The district is seeking a successor to former Chancellor Paul Parnell, who retired in early July. The interim superintendent is Douglas Houston, chancellor emeritus of of Yuba Community College District in Marysville.

The three finalists were selected from a pool of candidates after a national search.

Goldsmith has been president of Fresno City College, the district’s largest and oldest campus, since 2016. Under her leadership, Fresno City achieved a consecutive three-year record-breaking graduation rate, a comprehensive strategic planning cycle, and implemented new practices to improve transparency. She previously was president of West Hills College Coalinga and also served as vice chancellor of educational services and workforce development for the West Hills Community College District.

She has lived in Fresno County for nearly four decades and earned a bachelor’s degree in history from Fresno State, a master’s in educational administration from National University, and a doctorate in higher education leadership from the joint doctorate program at Fresno State and UC Davis.

Espinoza earned her master of science and doctor of philosophy degrees in rehabilitation psychology from the University of Wisconsin-Madison. She has been a researcher, faculty member, counselor, administrator, and chief executive officer in higher education for more than three decades, including serving as president of Coastal Bend College in Beeville, Texas from 2012 to 2019 and vice chancellor for educational planning and services at Yuba Community College District from 2008 to 2013.

News outlets reported in 2019 that Espinoza was put on administrative leave and was to be terminated based on a 4-3 trustee vote after administrators at the college were accused of fraud and coercion. She agreed to resign several months later.

Pourzanjani, an immigrant who spoke English as a second language, earned bachelor’s and master’s degrees in computer science and engineering from CSU Long Beach and a doctorate in education from UCLA. He began working to support himself at age 15 and attributes his ability to move from low income to middle income to his community college CTE certification and AA degree at Santa Monica College.

He worked 21 years from 2017 to 2019 at Golden West College in Huntington Beach as a full-time faculty member, department chair, dean, and vice president. He also spent a year at the California Community Colleges Chancellor’s Office as a visiting dean working on the Doing What Matters for Jobs and Economy framework.

In 2019 he was named superintendent/president of San Joaquin Delta College in Stockton. On Sept. 28 the Delta College Board of Trustees unanimously accepted Pourzanjani’s resignation and also approved a leave of absence for him through June 2022. The Record of Stockton reported on Oct. 2 that tension between Pourzanjani and the board contributed to his resignation.

The paper previously reported that enrollments continued to decline during Pourzanjani’s tenure, and the college district was one of the hundreds caught up in fake enrollments that aimed to defraud schools of financial aid.