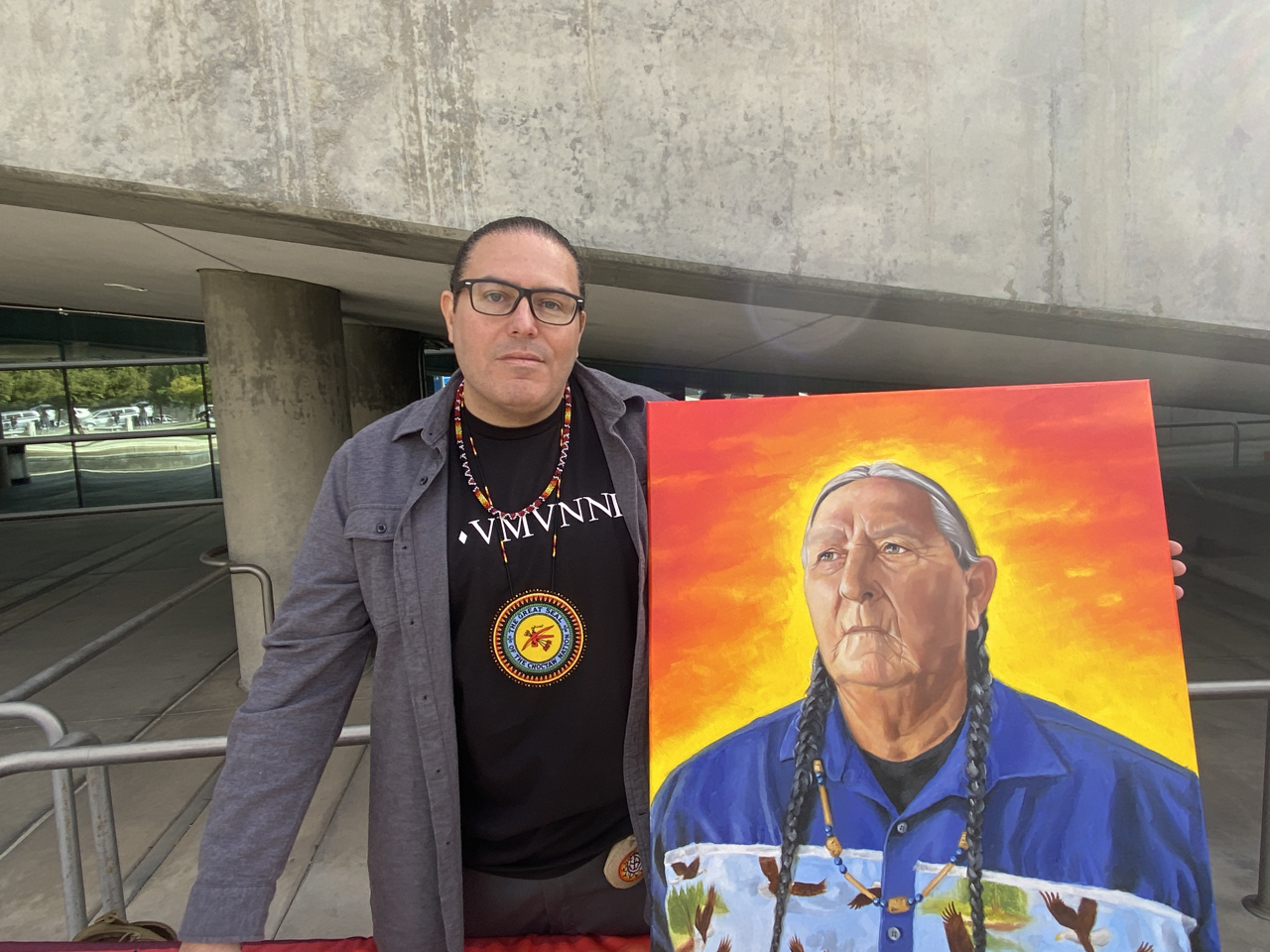 With the sound of the flags flapping in the wind, nearly 100 gathered at Fresno City Hall to celebrate Indigenous Peoples’ Day. It is believed to be the first official city celebration ever.

“We want to see it as a celebration of indigenous people, indigenous culture and share that culture with everybody,” said James Martin, a Fresno artist and member of the Choctaw Nation.

For Martin, he wanted to change the narrative of how indigenous people are viewed. 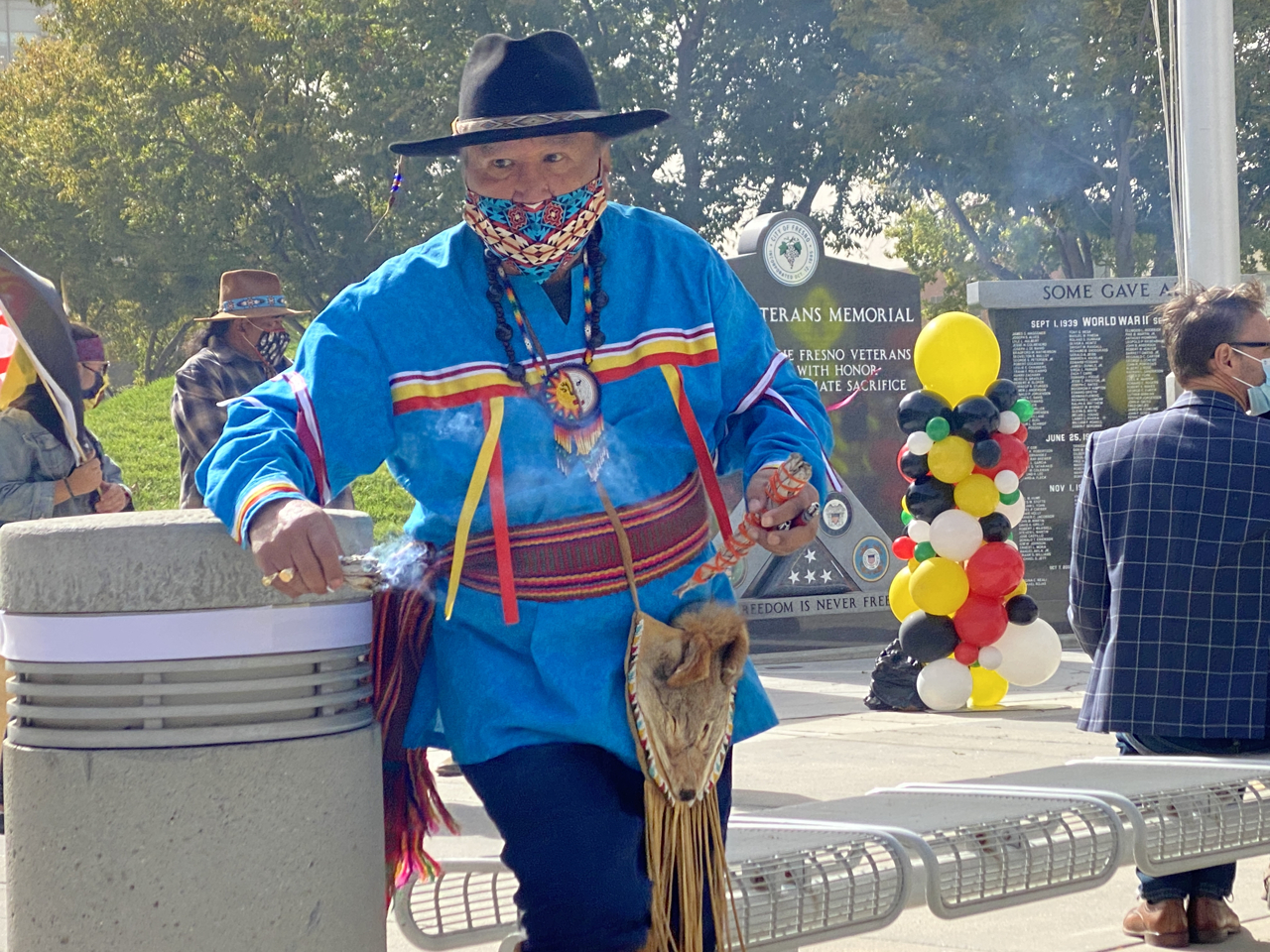 The event was sponsored by Fresno city councilmembers Nelson Esparza, Esmeralda Soria, and Tyler Maxwell. They were present along with Fresno Mayor Jerry Dyer.

“The celebration is very much community-led,” Esparza said. “This is the first time we’ve ever done this, to the best of my knowledge.”

President Joe Biden on Friday issued the first-ever presidential proclamation of Indigenous Peoples’ Day, lending the most significant boost yet to efforts to refocus the federal holiday celebrating Christopher Columbus toward an appreciation of Native peoples.

While Native Americans have campaigned for years for local and national days in recognition of the country’s indigenous peoples, Biden’s announcement appeared to catch many by surprise.

“This was completely unexpected. Even though we’ve been talking about it and wanting it for so long,” said Hillary Kempenich, an artist and member of the Turtle Mountain Band of Chippewa. In 2019, she and other tribal members successfully campaigned for her town of Grand Forks, North Dakota, to replace Columbus Day with a day recognizing Native peoples.

You can read Biden’s proclamation at this link.

Biden’s acknowledgment of the suffering of Native Americans marked a break from President Donald Trump’s ardent defense of “intrepid heroes” like Columbus in his 2020 proclamation of the holiday.

“Sadly, in recent years, radical activists have sought to undermine Christopher Columbus’ legacy,” Trump said at the time. “These extremists seek to replace discussion of his vast contributions with talk of failings, his discoveries with atrocities, and his achievements with transgressions.”