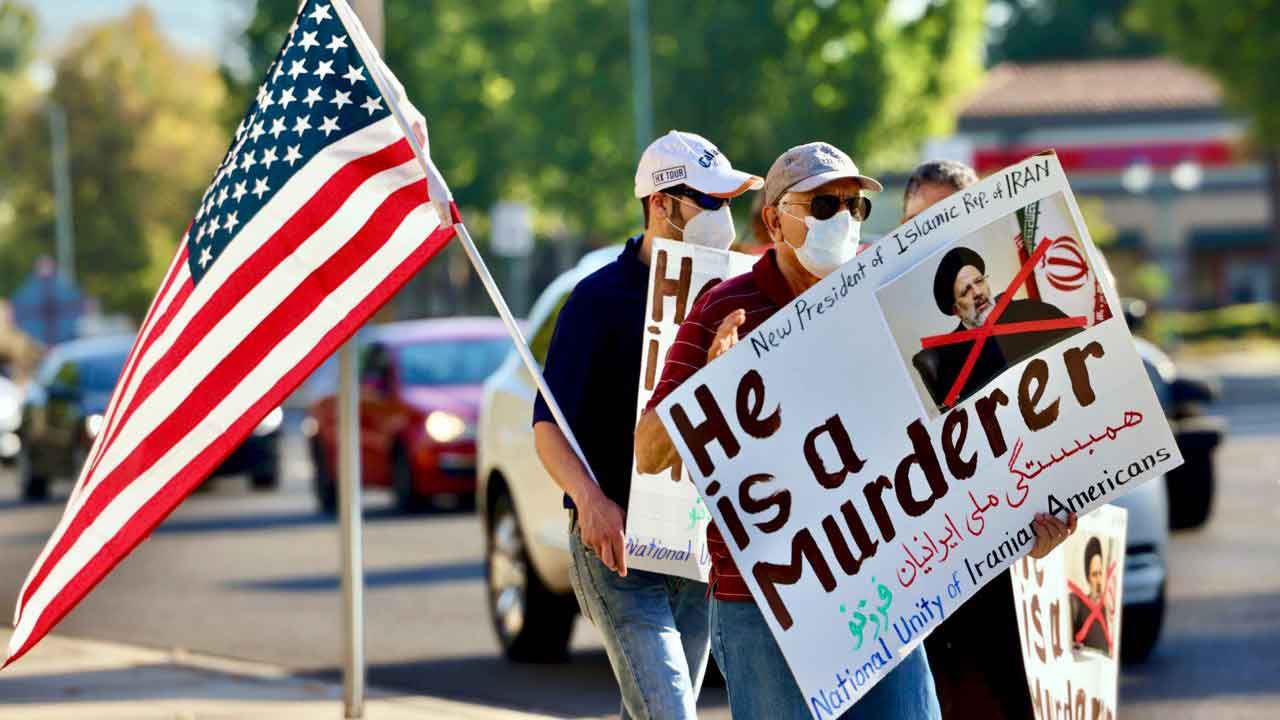 Demonstrators at the corner of Blackstone and Nees protest the Iranian government on Sunday. (special to GV Wire)
Share with friends

Holding signs and carrying the American and Iranian flags, dozens gathered at the corner of Blackstone and Nees avenues in Fresno to protest the Iranian regime on Sunday afternoon.

The demonstration was organized by the Iranian American Alliance of Fresno to protest Iran’s poor human rights record. The event coincided with World Day Against the Death Penalty.

“We’re gathered here today to oppose the Islamic regime in Tehran, which is an international rogue regime that has been suppressing human rights and killing dissidents in Iran for 42 years,” one protester said. 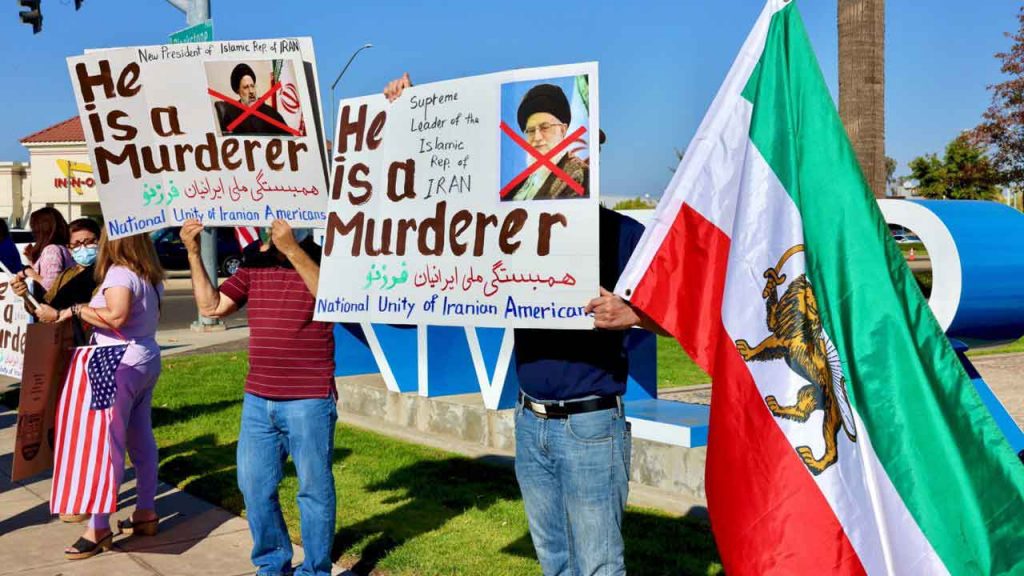 Sunday’s protest was organized by the Iranian American Alliance of Fresno. (Special to GV Wire)

According to Amnesty International, Raisi was a member of a “death commission” after Iran’s theocratic regime took power “which forcibly disappeared and extrajudicially executed in secret thousands of political dissidents” in the 1980s.

A demonstration at the corner of Blackstone and Nees in Fresno was held to coincide with World Day Against the Death Penalty on Sunday, Oct. 10, 2021. (Special to GV Wire)