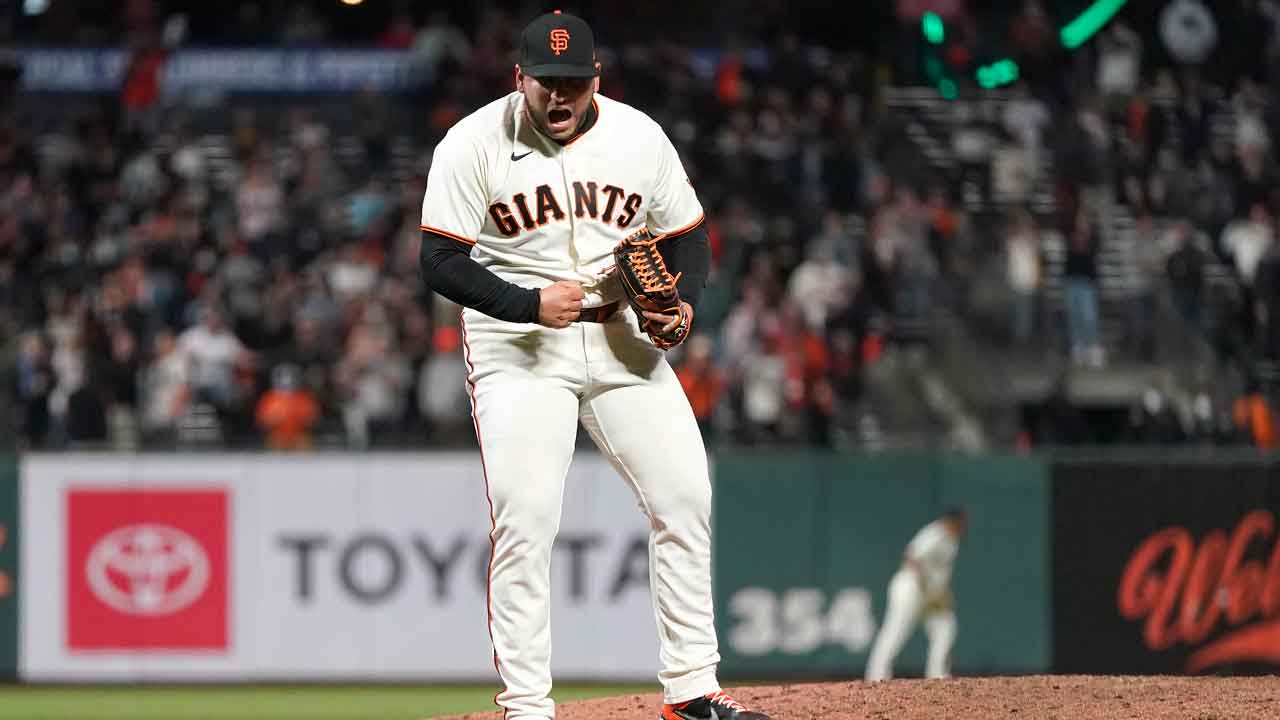 Mookie Betts is ready to throw out all the wins his Dodgers and the rival Giants piled up on the way to a frenetic regular-season finish.

San Francisco edged the defending World Series champions by a single game for first place in the NL West, 107 victories to 106 — a total of 213 wins between them.

“I think all the 106 games are out the window now. It didn’t help us win the division, so it’s really irrelevant,” Betts said after the Dodgers earned a 3-1 wild card win over the Cardinals to set up this instant NLDS classic. “We’re in the spot we are now. We’ve got to play the hand we’re dealt. … Obviously, use what you learned in 106 wins. You just try and apply it to now. Other than that, those 106 are irrelevant.”

Series ‘Going to Be a Mad House’

And no doubt you can take this rivalry up a notch or two before the first pitch is even thrown, because the Dodgers and Giants are meeting on the big October stage for the first time.

“This series is going to be a mad house at both places,” Giants third baseman Evan Longoria said Thursday. 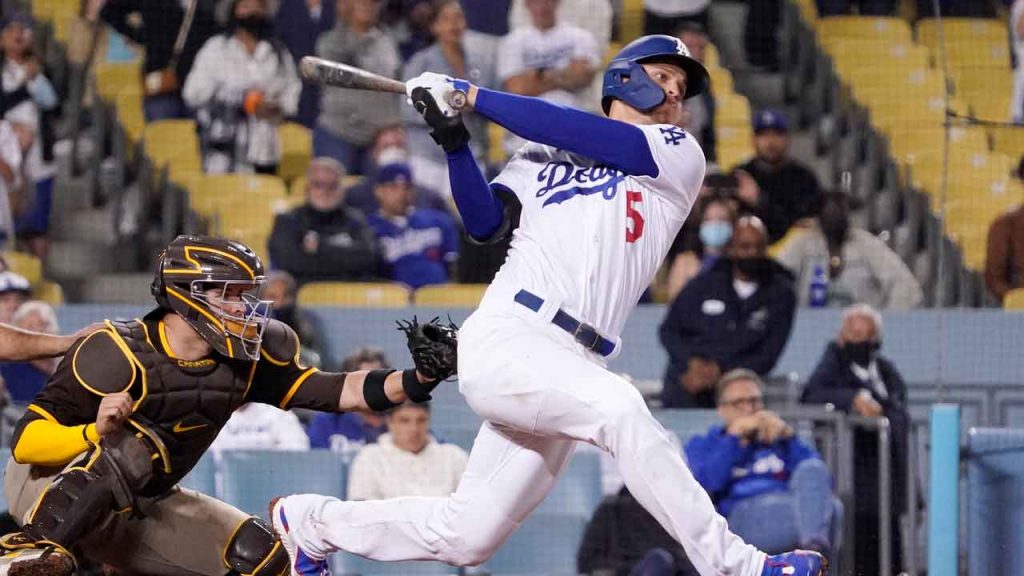 The storied franchises go way, way back to their memorable New York days.

In 1951 and ’62 the clubs faced off in a best-of-three NL tiebreaker, with the Giants winning both times.

“These are two historic organizations in the game,” Dodgers closer Kenley Jansen said. “It’s fun playing the rivalry, and tomorrow we’ll be ready for it.”

They were about as even as you can get meeting head-to-head this year: The Giants won the season series 10-9, while the Dodgers outscored San Francisco 80-78.

Playoff Everybody Longed to See

“For me it kind of felt like this was how it was going to end up anyway,” Giants outfielder Mike Yastrzemski said. “I felt like I didn’t even have to watch the (wild-card) game to figure out who we were going to play.”

Dodgers manager Dave Roberts realizes this is the playoff matchup everybody longed to see after all these teams did to get here.

“There’s a lot of familiarity, which makes it fun, even more challenging,” Roberts said. “It’s going to be a fantastic series.” 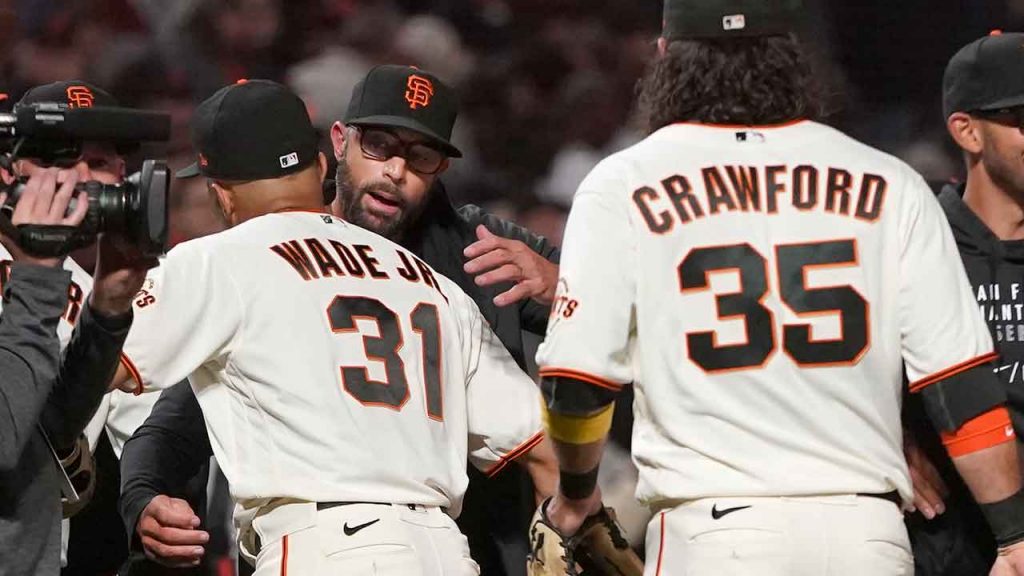 Longoria wishes these teams could play a bit deeper in October and not face an early exit.

“I feel like this may also be a series or a moment where baseball may have to think about restructuring the way that the playoffs happen — 106 and 107 wins doesn’t feel like a DS matchup,” Longoria said. “Especially because the season is so long, for two teams to win that many games and then one of them to have to go home this early.”

“We want to be good with whatever the rules are,” Kapler said.

Right-hander Logan Webb takes the ball in Game 1 for the Giants in his postseason debut, though Kapler considered his gem during Sunday’s division-clinching 11-4 victory against the Padres the equivalent of a playoff game and atmosphere.

“Honestly, it’s crazy to me that this is the first time that we’ve played each other in the playoffs,” he said. “So to be a part, even a part of that is pretty cool for me.”

Los Angeles will counter in Game 1 with right-hander Walker Buehler, a 16-game winner over 33 starts.

Buehler went 3-1 against San Francisco this year but lost Sept. 5 in the season series finale after he had gone 7-0 with a 1.83 ERA over his initial 12 outings and 10 starts against the Giants.

Dodgers slugger Albert Pujols gets his chance on the postseason stage once more at age 41. Before Los Angeles worked out, Pujols spent a few minutes against the dugout railing taking in the scene.

This will be the slugger’s first playoffs since the 2014 ALDS with the Angels, who designated him for assignment in May before he landed with the other Los Angeles team later that month.

“It never gets old,” Pujols said. “This is what you play for, this is what you work hard for. Thank God for giving me another opportunity to open the door with the Dodgers and to be able to be in the postseason once again.”

Roberts played his final two major league seasons for the Giants from 2007-08. He and Kapler were teammates at Double-A Jacksonville in 1998 and again on the 2004 Red Sox.

Farhan Zaidi, Giants president of baseball operations, was hired away from the Dodgers after the 2018 season, then he brought in ex-Dodgers farm director Kapler as manager in November 2019 following his firing by the Phillies after two losing seasons.

“We’re trying to win a series and they’re in our way,” Roberts said. 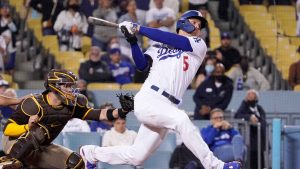