Eustajia Dominguez Mojica was processing marijuana while her 3-year-old daughter was left in a car during triple-digit heat in Visalia. (Shutterstock)
Share with friends

Eustajia Dominguez Mojica, whose 3-year-old daughter died after being left in a car in Visalia during a June heatwave, has received a one-year jail sentence. 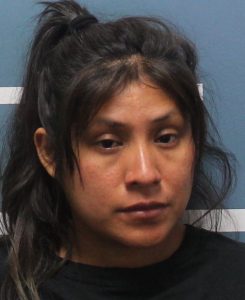 Tulare County District Attorney Tim Ward and the case’s prosecutors objected vehemently to the sentence, noting that the DA’s Office declined to offer a plea bargain to Mojica.

“The Office of the District Attorney made no offers in this case and does not agree with the sentencing resolution,” the DA’s Office said in a news release issued Thursday.

According to court documents,  Mojica, 29, drove to her sister’s Visalia residence and parked on the street in the sun on June 3. While Mojica processed marijuana, her daughter stayed in the car for more than two hours in triple-digit heat.

After someone at the house asked about the baby girl, she was found in the car and brought inside. She later died at the hospital.

Mojica Pleaded Guilty to All Charges

Mojica pleaded guilty on Aug. 31 to all charges. Among the counts: child abuse with the special allegation of willful harm or injury resulting in death, involuntary manslaughter, and several misdemeanor drug charges.

If Mojica violates her probation, a judge could order her to serve the suspended prison term.