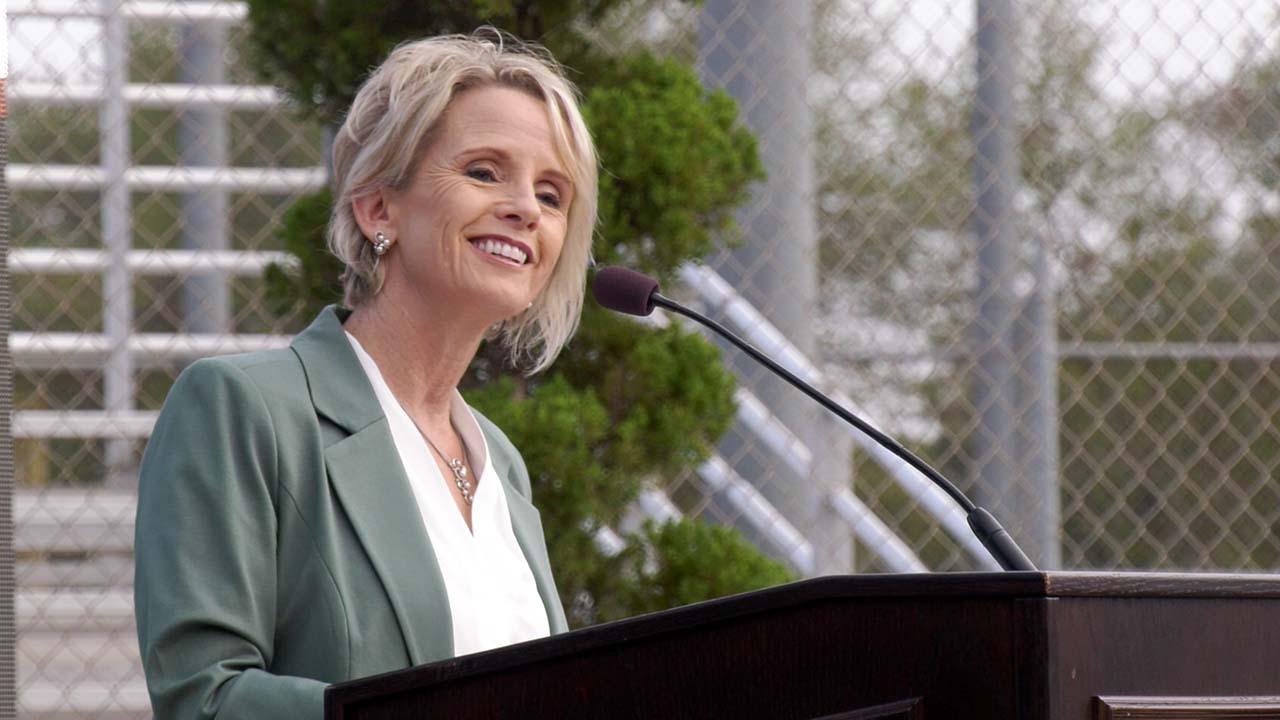 "We want our kids to be safe. And that's always been something that we've prioritized in Clovis Unified," says Superintendent Eimear O'Brien. (GV Wire/Jahz Tello)
Share with friends

As Fresno police and Clovis Unified continue the investigation of an alleged assault on the campus of Clovis West, the superintendent has a message to the community: trust us.

“I know it’s a lot to say trust us, I know the nuances of the situation and I feel very confident that there is nothing that we could have done differently in this situation,” Superintendent Eimear O’Brien said Thursday.

“We want our kids to be safe. And that’s always been something that we’ve prioritized in Clovis Unified,” said O’Brien, a former Clovis West principal whose children attended the school.

Police are classifying the investigation as a misdemeanor battery, but say the incident is sexual in nature.

Sources have told GV Wire that multiple students were involved in the alleged attack in the Clovis West boys’ locker room and the victim was sexually violated.

In addition, sources said that the attack was witnessed by several bystanders who didn’t participate in the assault.

After news broke of the alleged Sept. 20 assault, Facebook posters on Clovis Unified groups questioned how the district would handle the case.

“Sometimes the community feels like we’re trying to hide information from them. But privacy laws do preclude us from discussing the steps we’re taking. I will say that we’re very consistent. It’s in our interest to be consistent with our discipline policies,” O’Brien said.

O’Brien said only a “small percentage” of the parents were notified of the incident. That was to protect the privacy of the involved students.

There is video of the incident, which O’Brien says she has seen.

“I saw a portion of the video that was just sent to me yesterday (Wednesday) and that came off Twitter or one of the social media platforms,” O’Brien said. “It was very hard to see, and I really actually don’t even want to comment on it. Again, it’s part of the investigation.”

Neither police nor the school district will say how many suspects or victims there may be, or if they are affiliated with any athletic teams.

O’Brien said it would not be accurate to describe the incident as a hazing situation.

“We would not condone, we would not tolerate that kind of behavior. It’s in line with us not tolerating bullying or harassment of any student,” O’Brien said.

Fresno police did say all the suspects are juveniles. They expect to finish the investigation next week and turn it over to the Fresno County District Attorney’s office.

Trustee David DeFrank, whose area includes some of the Clovis West attendance boundaries, would not discuss the specifics of the investigation.

“I have and continue to trust that the district will continue to take seriously any allegations of student misconduct, and we’ll investigate them thoroughly and appropriately,” DeFrank said Thursday.

On Wednesday, Clovis Unified Trustee Tiffany Stoker Madsen told GV Wire in a statement: “I am committed to ensuring that all of our students feel safe at school and have confidence the District will conduct a thorough investigation in conjunction with Fresno PD.”

A flyer circulating through the community says there will be a rally at 7:55 a.m. Friday at Clovis West to protest the alleged assault. The flyer doesn’t identify the protest organizers.