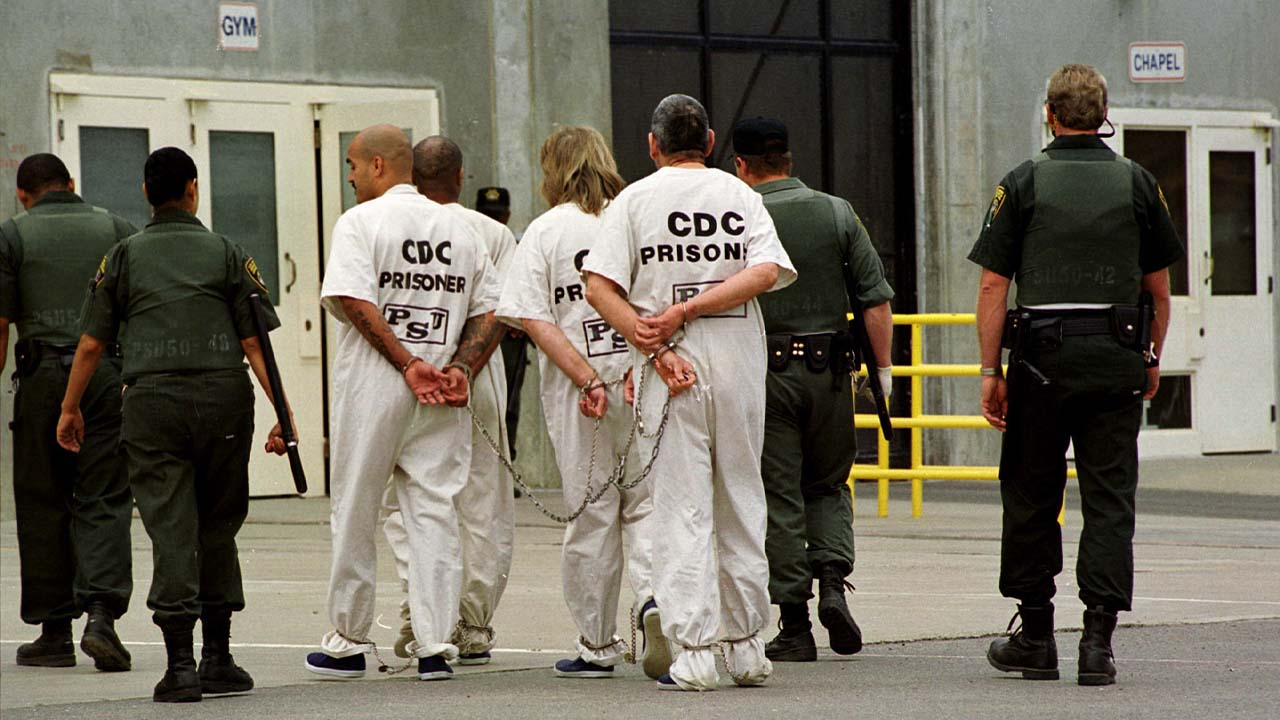 A California prison guard killed himself after reporting corruption and harassment to authorities and cooperating with attorneys suing the state, a newspaper reported Wednesday.

Two lawyers told The Sacramento Bee that Steele had also been working with them on cases where he alleged evidence had been falsified or covered up.

He was found dead Aug. 20, in Miller County, Missouri, where he had gone after being barred from prison grounds during what prison officials say was a misconduct investigation. The county coroner ruled his death a suicide.

A second member of the same investigations unit who also complained of harassment and retaliation, 30-year-old Valentino Rodriguez, died of an accidental fentanyl overdose at his home in West Sacramento a year ago.

The entire unit — tasked with investigating crimes committed inside the prison — has been replaced, and 10 of its officers are facing discipline relating to Rodriguez’s death, corrections department spokeswoman Dana Simas told the newspaper.

Prison employees are facing investigations by both the FBI and the corrections department.

“We do take every allegation of misconduct by staff very seriously, and work hard to ensure there is accountability when allegations are sustained,” Simas said in an email to The Bee.

John Balazs, an attorney for a white supremacist prison gang member facing federal charges, said Steele was his confidential source for statements in court documents he filed alleging his client may be killed in the maximum security prison commonly called New Folsom.

The source he now identifies as Steele advised that “rogue” guards planted weapons and drugs in inmates’ cells to obtain more overtime, spread false rumors and relayed private information from inmates’ files to other inmates in violation of department policy, “and on at least two occasions have been directly involved in the killing of a CSP-Sacramento inmate,” Balazs said in his court filing.

He alleged that guards allowed inmates to conduct a “practice run” a week before two inmates killed a fellow prisoner who was handcuffed to a chair, citing a source he now says was Steele.

In a January memo to prison Warden Jeffrey Lynch obtained by The Bee, Steele said he alerted his supervisors to “inconsistencies” regarding that slaying, backed up with recorded interviews.

Steele Claimed Officials Were Indifferent to His Reports

The newspaper earlier reported that prosecutors said the confidential source was interviewed by the FBI and did not have direct knowledge of wrongdoing but was relying on a report and other evidence including a video.

Steele alleged in a February memo to Corrections Secretary Kathleen Allison that prison officials had responded with “indifference” to his reports of wrongdoing and to the “victimization” of Rodriguez.

“I am NOT a disgruntled employee seeking vengeance,” Steele wrote to Allison. “Instead, I was a witness to an ISU (Investigative Services Unit) which became engulfed in corruption and watched as integrity was forced to cower in terror and fear of retaliation!”

Balazs said Steele also told him that allegations are false that his client, Aryan Brotherhood member Brant Daniel, planned to kill a correctional officer with a homemade knife that was found in his cell.

A second lawyer, Steve Glickman, told The Bee that Steele informed him that evidence had been suppressed in the death of a 29-year-old inmate found dead in his cell.

Corrections officials said he hanged himself alone in his cell in 2016, leaving behind a suicide note, and Glickman filed a wrongful death lawsuit on behalf of the inmate’s family.

But Steele said another inmate had confessed on video and in writing to the slaying, but that the confessions had disappeared. Glickman said Steele immediately informed the prison warden and had been set to testify publicly when he died.

“At every single juncture where I discovered something that resembled corruption, wrongdoing, exploitation, fraudulency and/or breeches of trust, I ALWAYS alerted supervisory staff and institutional leadership, as that is what I thought was the desire of both the administrative staff and the Department of Corrections and Rehabilitation,” Steele said in his January memo to the prison’s warden. “However, it would appear that is NOT the desire of either entity.”

He said in the memo that Rodriguez told him some of their fellow officers were planting drugs and weapons on inmates late in the afternoons “in an effort to have to work overtime hours to finish the reports.”

A year ago, federal prosecutors charged two former correctional officers with faking reports in the death of a 65-year-old New Folsom inmate.

Ashley Marie Aurich pleaded guilty in January to lying in her account of how another correctional officer yanked the legs from under the handcuffed inmate in 2016. The two guards were escorting the prisoner, who struck his head on the concrete and died at a hospital two days later.

Both were dismissed from their jobs in 2018.

The second former officer, Arturo Pacheco, faces two federal charges of deprivation of rights under color of law and two counts of falsification of records in a federal investigation.

Investigators Board Ship That Was Anchored Near Oil Pipeline