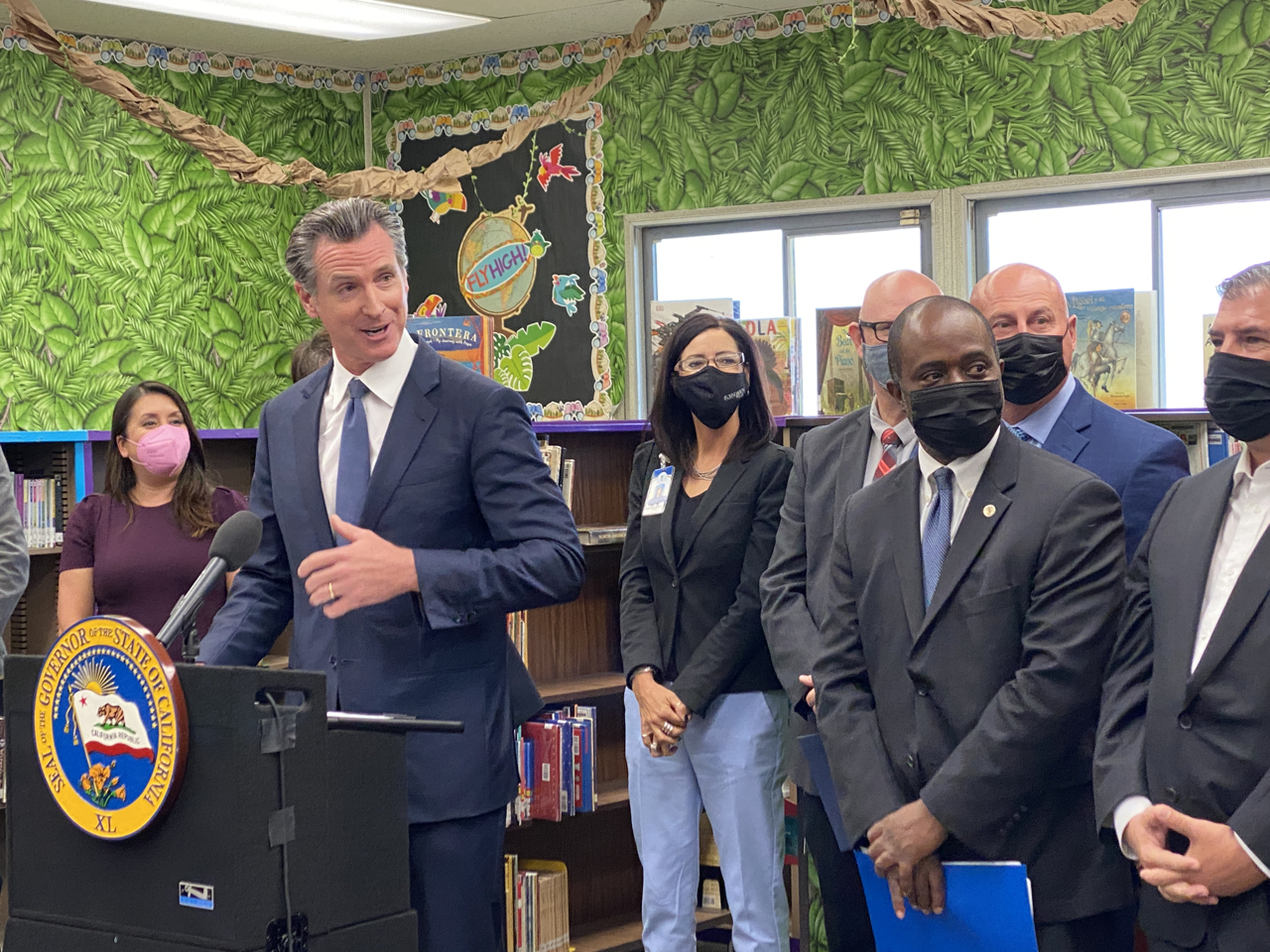 California’s top elected education leader praised his staff during a visit to Fresno on Tuesday and sidestepped a question about whether he had created a “toxic workplace.”

On Tuesday, Thurmond told GV Wire: “Let me just say that I’m grateful to anyone and everyone who has served at the California Department of Education. I continue to be grateful for the people who are serving here now, especially during this pandemic. This is very difficult and hard work, and I’m grateful for the work that everyone’s doing,”

Asked directly if his department was “toxic,” Thurmond deflected.

“I’m just grateful for everyone who’s done the great work that they’re doing — those who’ve worked at the department. This is hard work and I’m proud of what they’re doing. I’m proud of all that we’re delivering for people during this pandemic, but we’re not going to celebrate. We’re going to keep doing more for the six million students and their families.”

“We’ve made some realignments at the department that actually allow us to do more about what you heard about today, more counseling programs, more equity focus, more teaching, and learning. And we’re going to be talking more and more and more about these alignments we’ve made,” Thurmond said. “And I think it’ll make sense to people that some of the changes really do make a difference.”

Thurmond demanded loyalty, with anything short of that leading to accusations of being insubordinate or disrespectful, the story stated.

One former staffer told the publication that working at the department was like working at Thurmond’s campaign headquarters.