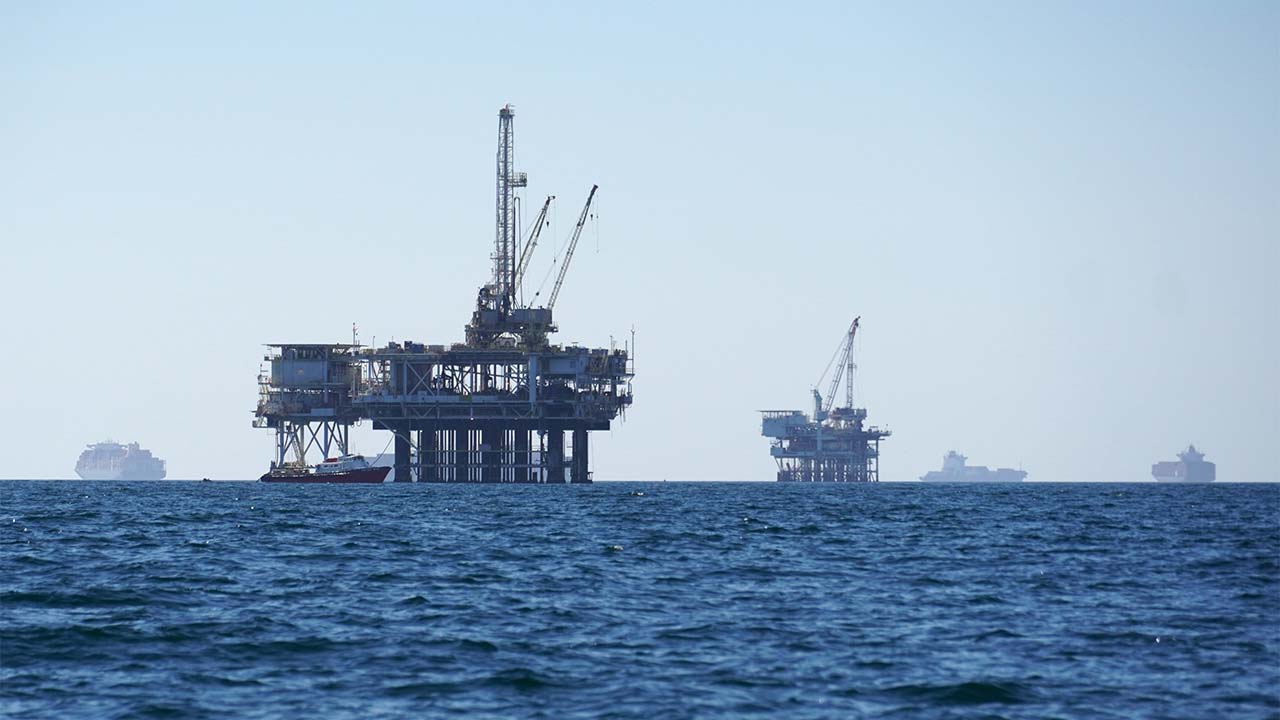 An anchored cargo ship in the Pacific is not a fixed point — it’s different than parking a car. Even then, with a multi-ton anchor and brawny steel chains resting on the seabed, the massive vessels can move from shifting winds, ocean currents and tides.

A probe is continuing into what caused an offshore pipeline break that spilled tens of thousands of gallons of crude oil off Southern California, but one emerging possibility is that a cargo ship — inadvertently or not — dragged its anchor along the ocean floor, catching the steel, concrete-covered oil pipe and pulling it over 100 feet until it was pierced or cracked open the way pressure fractures an egg shell.

Pipeline Break Could’ve Been Caused by a Dragged Anchor

Federal transportation investigators said preliminary reports suggest the failure may have been “caused by an anchor that hooked the pipeline, causing a partial tear.”

“A ship at anchor will move around quite a bit as tides, winds change direction,” said Steven Browne, a professor of marine transportation at California State University Maritime Academy.

“One explanation would be they did not drop the anchor directly on the pipeline,” Browne said. “The ship moved and dragged the anchor along the bottom if it wasn’t properly set. It could have potentially snagged on the pipe and dragged it.”

With the probe continuing, investigators have not yet said if a ship was directed by port managers to anchor in the vicinity of the pipeline break. Typically, a ship would be given specific instructions from port managers on where to drop anchor, and its position would be closely monitored.

Browne said he has never heard of a cargo ship dragging an oil pipeline, but is aware of cases in which phone cables have been lifted off the ocean floor. In such cases, ship personnel lower the anchor to free the snag, he said.

“Perhaps they didn’t realize that they were dragging anchor,” he added. In such a huge vessel, “They wouldn’t necessarily know anything was caught on the bottom.”

Ship traffic in the sister ports of Los Angeles and Long Beach is directed much like air traffic controllers oversee flights coming into and leaving airports.

The Marine Exchange of Southern California, in partnership with the U.S. Coast Guard, manages an area extending 25 miles from the vast coastal complex where cargo is unloaded and shipped across the country. It uses an array of technology to schedule arrivals, anchoring and departures for thousands of vessels each year. Computers monitor the speed of ships and traffic mirrors a freeway, with lanes for ships moving in different directions.

“Usually, if a ship is dragging anchor it is because of a weather event – significant wind or a strong current,” Browne said. “Because we are talking thousands of tons of steel and cargo, there is a lot of momentum involved in a ship.”

“A ship at anchor will move around quite a bit as tides, winds change direction,” he said.

Anchors on large ships can weigh 10 tons or more and are attached to hundreds of feet of steel chains. “Whatever the anchor gets fouled on will come along with the ship,” Browne said.

The ports have been beset by long backups that have vessels spread out across the horizon off the coast. Browne said he wouldn’t be surprised if ships are being anchored closer to pipelines, internet cables and other hazards “simply because there are so many ships in the area.”