Fire Retardant Could Be 'Game-Changer' in Fighting Wildfires 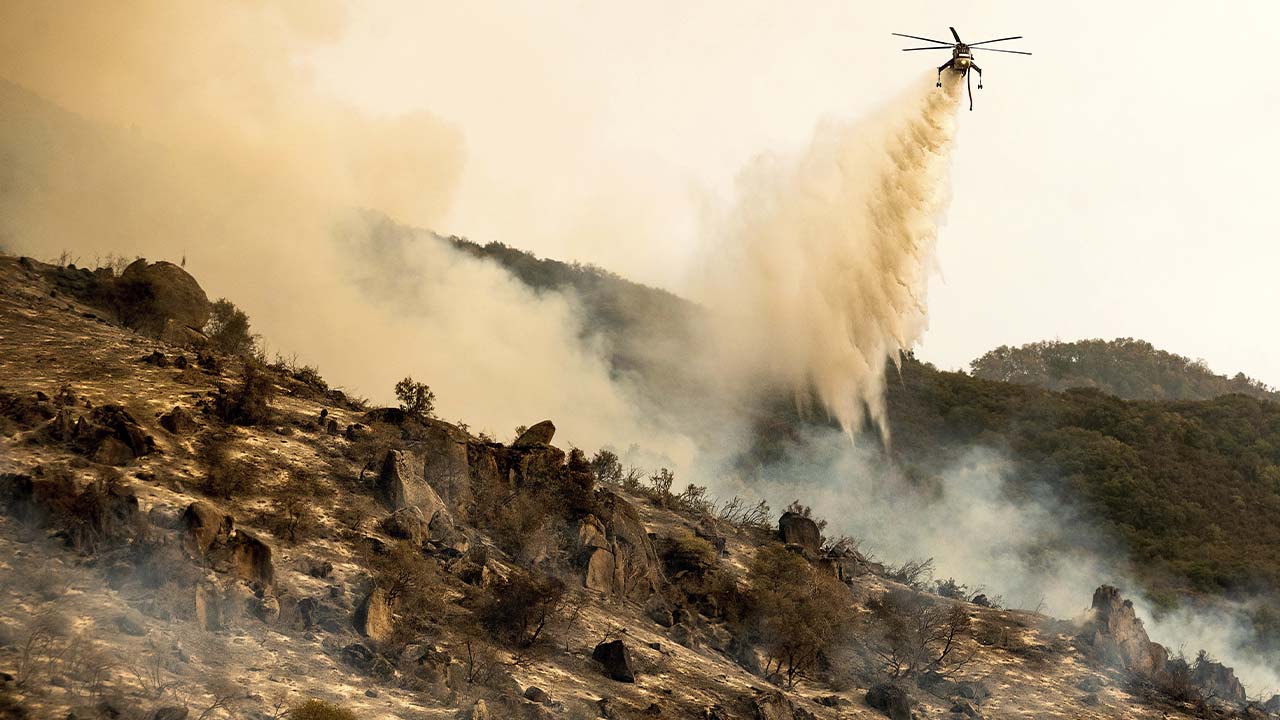 BOISE, Idaho — U.S. officials on Tuesday approved a long-lasting fire retardant that could significantly aid in fighting increasingly destructive wildfires by stopping them before they ever start.

The U.S. Forest Service approved Perimeter Solutions’ fire retardant that is intended to be used as a preventative measure and can last for months.

It’s similar to the company’s red-dyed retardant dropped from aircraft while fighting active wildfires, but it’s clear and sprayed by ground-based workers and equipment.

“The real game-changer here is once you treat it, you can forget it,” said Edward Goldberg, chief executive officer of St. Louis, Missouri-based Perimeter Solutions. “It’s there for the whole year.”

The company said its primary use will be by industrial customers such as utility companies and railroads, but it can also be used to protect residential and commercial properties. It’s intended to be sprayed on vegetation, not homes themselves, but can be sprayed on such things as wood fences.

The company’s existing retardant is also used for that purpose, but can be problematic because it’s only effective until rain washes it away. Goldberg said the new product will remain effective even after a couple inches of rain, making the one-and-done application less expensive.

Goldberg said the product will likely be most effective in the drier climate of the U.S. West, and could be applied in the spring to offer fire protection throughout the wildfire season. In July, it was applied to the grounds at former President Ronald Reagan’s coastal mountain ranch in the Santa Ynez mountains in California near Santa Barbara.

The company also said the new fire retardant had been applied at the start of the wildfire season along a fire-prone, 4-mile stretch of California’s Route 118. That resulted in no fires that season, the company said, after the previous fire season saw 37 fires start along the same stretch of road.

Stanton Florea, a spokesman for the U.S. Forest Service based at the National Interagency Fire Center in Boise, said the agency had no comment about it’s approval of the Perimeter Solutions’ fire retardant.

Goldberg said the new retardant has the potential to reduce the overall number of wildfires, freeing up firefighters that have been in short supply in recent years.

The fire center on its website said that so far this year, about 46,500 wildfires have burned 10,000 square miles. Those numbers are at roughly the 10-year average for number of wildfires and area burned.

Currently, there are 52 large wildfires, 18 of them in Idaho, nine in California and nine more in Montana.

The center is currently at National Preparedness Level 3, having dropped down from the maximum level 5 earlier this year when resources for fighting wildfires were hard to come by.

The center said that cooler, more favorable weather will pass through much of the Western U.S. in the next several days, but that drought conditions still leave the region open for continued wildfire potential.